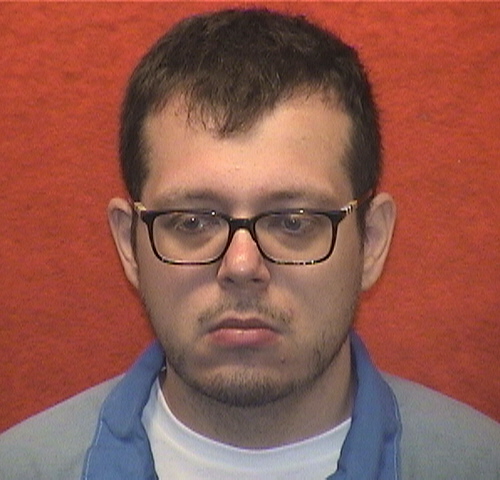 This matter involves guilty pleas made by Urban on May 17, 2016 in three
cases.
{¶ 3} In the first, case number 14CR-I-10-0463, Urban pled guilty to two counts
of identity fraud, felonies of the fourth degree, and three counts of forgery, felonies of the
fifth degree.
{¶ 4} In the second case, case number 14CR-I-10-0464, Urban pled guilty to
misuse of credit cards, a felony of the fifth degree.
{¶ 5} In the third case, case number 16CR-I-05-0227, Urban pled guilty to two
counts of identity fraud, one count being a felony of the fourth degree and the second
being a felony of the fifth degree.
{¶ 6} The trial court sentenced Urban to an aggregate total of 78 months
incarceration, but suspended that sentence and placed Urban on community control for
three years. Among other conditions, Urban was to refrain from further criminal conduct,
and was prohibited from owning any weapons or leaving the state without written
permission of Adult Court Services. Additionally, Urban was to make restitution in the
amount of $5,284.
Delaware County, Case Nos. 18 CAA 09 0066, 18 CAA 09 0067, 18 CAA 09 0068 3
{¶ 7} On April 18, 2018, the state filed a motion to suspend Urban's community
control sanctions in each case alleging he had violated each of the forgoing conditions.
Specifically, the state alleged Urban had been convicted of misdemeanor passing bad
checks in Licking County case number 18CRB00367 and charged with passing bad
checks in Licking County case number 18CRB00785. The state additionally alleged that
Urban was in possession of a rifle fitted with a bayonet, and had left the state of Ohio and
traveled to the state of Washington without permission.
{¶ 8} On May 7, 2018, a hearing was held on the matter. The state withdrew the
allegation regarding the rifle, and Urban admitted to the remaining allegations. The state
requested that the trial court impose Urban's previously suspended sentences and
counsel for Urban urged the court to impose less than the entire suspended sentence.
The trial court found Urban was not amenable to community control, terminated his
community control, and imposed the previously suspended aggregate sentence of 78
months. R.C. 2929.15(B)(1), which places limits on sentences for certain community
control violations was never raised or discussed by either party or the court.
{¶ 9} Urban now brings this appeal raising two assignments of error:
I
{¶ 10} "ROBERT URBAN WAS DENIED HIS SIXTH AMENDMENT RIGHT TO
THE EFFECTIVE ASSISTANCE OF COUNSEL WHEN TRIAL COUNSEL FAILED TO
RAISE THE SENTENCING CAPS IN R.C. 2929.15(B)(1)(C)."
II
{¶ 11} "THE TRIAL COURT’S PRISON SENTENCES FOR TECHNICAL AND
MISDEMEANOR VIOLATIONS OF COMMUNITY CONTROL SANCTIONS ARE
Delaware County, Case Nos. 18 CAA 09 0066, 18 CAA 09 0067, 18 CAA 09 0068 4
CONTRARY TO LAW BECAUSE THEY EXCEEDED THE 180-DAY AND 90-DAY
MAXIMUM SENTENCES AUTHORIZED BY R.C. 2929.15(B)(1)(c)."
{¶ 12} We address Urban's assignments of error together. Urban argues his
sentences must be vacated because they are contrary to law as they exceed what is
permitted by R.C. 2929.15(B)(1)(c) for community control sanctions where the underlying
offenses are fourth and fifth degree felonies. Urban further argues his counsel should
have brought this error to the attention of the trial court. Because R.C. 2929.15(B)(1)(c)
was never raised or considered below, we agree that Urban's sentences must be vacated.
{¶ 13} We review felony sentences using the standard of review set forth in R.C.
2953.08. State v. Marcum, 146 Ohio St.3d 516, 2016-Ohio-1002, 59 N.E.3d 1231, ¶ 22.
R.C. 2953.08(G)(2) provides we may either increase, reduce, modify, or vacate a
sentence and remand for resentencing where we clearly and convincingly find the
sentence is contrary to law.
{¶ 14} Clear and convincing evidence is that evidence “which will provide in the
mind of the trier of facts a firm belief or conviction as to the facts sought to be established.”
Cross v. Ledford, 161 Ohio St. 469, 120 N.E.2d 118 (1954), paragraph three of the
syllabus. “Where the degree of proof required to sustain an issue must be clear and
convincing, a reviewing court will examine the record to determine whether the trier of
facts had sufficient evidence before it to satisfy the requisite degree of proof.” Cross, 161
Ohio St. at 477, 120 N.E.2d 118.
{¶ 15} To prevail on a claim of ineffective assistance of counsel, a defendant must
demonstrate: (1) deficient performance by counsel, i.e., that counsel's performance fell
below an objective standard of reasonable representation, and (2) that counsel's errors
Delaware County, Case Nos. 18 CAA 09 0066, 18 CAA 09 0067, 18 CAA 09 0068 5
prejudiced the defendant, i.e., a reasonable probability that but for counsel's errors, the
result of the trial would have been different. Strickland v. Washington, 466 U.S. 668, 687–
688, 694, 104 S.Ct. 2052, 80 L.Ed.2d 674 (1984); State v. Bradley, 42 Ohio St.3d 136,
538 N.E.2d 373 (1989), paragraphs two and three of the syllabus. “Reasonable
probability” is “probability sufficient to undermine confidence in the outcome.” Strickland
at 694, 104 S.Ct. 2052.
{¶ 16} Effective September 29, 2017, H.B. 49 amended R.C. 2929.15(B)(1)(c),
changing the potential penalties for violations of community control sanctions. The statue
now provides in relevant part:

{¶ 17} Emphasis added.
{¶ 18} Here, Urban's community control violations took place after the amendment
of R.C 2929.15(B)(1)(c) and consisted of committing two new first degree misdemeanor
offenses, failing to pay restitution, and leaving the state without permission. The nature
of a technical violation is not defined in R.C. 2929.15(B)(1). However, in Inmates
Councilmatic Voice v. Rogers, 541 F.2d 633 (6th Cir.1976) the United States Court of
Appeals for the Sixth Circuit defined the term as it pertained to a parole revocation:

Petitioner also invokes the sixty-day rule mentioned in a January 21,
1992 contempt order in the Inmates' Councilmatic Voice case.
Inmates' Councilmatic Voice v. Wilkinson (Jan. 21, 1992), N.D.Ohio
No. C72-1052, unreported. The order does require certain parole
Delaware County, Case Nos. 18 CAA 09 0066, 18 CAA 09 0067, 18 CAA 09 0068 7
revocation hearings to be held within sixty days after the date on
which the parolee is arrested or held by means of a detainer.
However, it plainly states that “[t]he sixty-day rule is applicable to all
Ohio parolees charged by Defendants with a technical violation of a
term or condition of their parole.” (Emphasis added.) Id. at 2. In
Inmates' Councilmatic Voice, supra, 541 F.2d at 635, fn. 2, the Sixth
Circuit Court of Appeals defined “technical violations” as “those
violations of the terms and conditions of the parole agreement which
are not criminal in nature[,] such as failure to report to the parole
officer, association with known criminals, leaving employment,
leaving the State, etc.”

Outcome: The sentencing judgements of the Delaware County Court of Common
Pleas are vacated and remanded for resentencing consistent with this opinion.