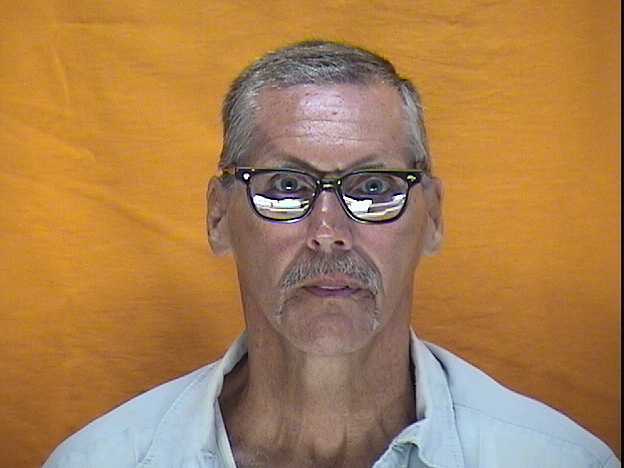 This case arose on June 18, 2016, when a pair of witnesses were camping
at Blue Rock State Park in Muskingum County, Ohio. They observed a man, woman,
and two little girls camping at the site next to theirs. The witnesses observed the man
repeatedly pull one of the little girls onto his lap as he sat in a chair. The little girl kept
getting down but the man pulled her back onto his lap. The final time this occurred, the
witnesses observed the man place the child’s hand over his shorts in the area of his penis
and rub himself with her hand in a sexual manner.
{¶3} Upon investigation, the victim was determined to be nine years old, and the
man was identified as appellant.1
{¶4} Appellant was charged by indictment with one count of gross sexual
imposition, a felony of the third degree pursuant to R.C. 2907.05(A)(4), and one count of
kidnapping with a sexual motivation specification, a felony of the first degree pursuant to
R.C. 2905.01(A)(4).
{¶5} On August 10, 2018, appellant withdrew his previously-entered plea of not
guilty and entered pleas of guilty to gross sexual imposition [Count I] and an amended
count of abduction pursuant to R.C. 2905.02(A)(1) [Count II], both felonies of the third
degree. The trial court ordered a pre-sentence investigation (P.S.I.).
1 At sentencing, appellee described the victim as 10 years old at the time of the offense.
Muskingum County, Case No. CT2018-0069 3

{¶6} On September 26, 2018, appellant appeared before the trial court for
sentencing and was determined to be a Tier II sex offender. The trial court found that
Counts I and II merged for purposes of sentencing, and appellee elected to sentence
upon Count I. The trial court thereupon imposed a mandatory prison term of 60 months
and notified appellant of a five-year period of post-release control.
{¶7} At sentencing, appellant apologized “for putting us in this situation” and the
trial court asked what he meant, because the P.S.I. indicated appellant denied touching
the child. Appellant agreed, claiming that he “take[s] full responsibility” and yet denies
touching the child.
{¶8} The trial court further noted appellant has a record of prior felony convictions
including nonsupport of dependents, probation violations, aggravated robbery, and
receiving stolen property. He also has a lengthy record of misdemeanor convictions,
and at sentencing, appellant had active warrants for failure to report to jail and failure to
appear upon certain misdemeanors. The trial court stated in pertinent part:
* * * *.
Mr. Webb, I think it’s pretty clear that you don’t understand
what’s right and what’s wrong even though you would argue that, and
based on that your lack of remorse in this case, on Count 1 you will
be sentenced to 60 months in prison. That is mandatory prison time.
You will do the whole 6—or 5 years. You are ordered to pay court
costs in this matter and you are given credit for 118 days of time
served.
* * * *.
Muskingum County, Case No. CT2018-0069 4

sentence is otherwise contrary to law. See also, State v. Bonnell, 140 Ohio St.3d 209,
2014–Ohio–3177, 16 N.E.2d 659, ¶ 28.
{¶14} Clear and convincing evidence is that evidence “which will provide in the
mind of the trier of facts a firm belief or conviction as to the facts sought to be established.”
Cross v. Ledford, 161 Ohio St. 469, 120 N.E.2d 118 (1954), paragraph three of the
syllabus. “Where the degree of proof required to sustain an issue must be clear and
convincing, a reviewing court will examine the record to determine whether the trier of
facts had sufficient evidence before it to satisfy the requisite degree of proof.” Cross, 161
Ohio St. at 477.
{¶15} Accordingly, pursuant to Marcum this Court may vacate or modify a felony
sentence on appeal only if it determines by clear and convincing evidence that: (1) the
record does not support the trial court's findings under relevant statutes, or (2) the
sentence is otherwise contrary to law.
{¶16} R.C. 2953.08(G)(2)(a), allowing appellate review of whether the record
supports findings made by the trial court, does not apply in the instant case. R.C.
2953.08(G)(2)(a) sets forth a standard for review of findings made pursuant to specific
statutes, none of which are applicable to the instant case. Therefore, we only review the
instant sentence to determine if it is contrary to law.
{¶17} A trial court's imposition of a maximum prison term is not contrary to law as
long as the court sentences the offender within the statutory range for the offense, and in
so doing, considers the purposes and principles of felony sentencing set forth in R.C.
2929.11 and the seriousness and recidivism factors set forth R.C. 2929.12. State v.
Santos, 8th Dist. Cuyahoga No. 103964, 2016–Ohio–5845, ¶ 12. Although a trial court
Muskingum County, Case No. CT2018-0069 6

must consider the factors in R.C. 2929.11 and 2929.12, there is no requirement that the
court state its reasons for imposing a maximum sentence, or for imposing a particular
sentence within the statutory range. Id. There is no requirement in R.C. 2929.12 that the
trial court states on the record that it has considered the statutory criteria concerning
seriousness and recidivism or even discussed them. State v. Hayes, 5th Dist. Knox No.
18CA10, 2019-Ohio-1629, ¶ 49, citing State v. Polick, 101 Ohio App.3d 428, 431, 655
N.E.3d 820 (4th Dist. 1995).
{¶18} In the instant case, a sentence of 60 months is within the statutory
framework set forth in R.C. 2929.14(A)(3)(a) for a felony of the third degree. The
sentence is therefore not contrary to law. Cox, supra, 2017-Ohio-5550 at ¶ 12. The trial
court stated that the sentencing factors and statements of the parties were taken into
account in fashioning the sentence. The trial court ordered a P.S.I. and cited the P.S.I.
throughout sentencing, particularly appellant’s criminal history of felony convictions,
misdemeanor convictions, and active warrants. The trial court also noted appellant’s lack
of remorse and his disingenuous statement of regret.
{¶19} Based on the foregoing, we find the trial court considered the purposes and
principles of sentencing [R.C. 2929.11] as well as the factors that the court must consider
when determining an appropriate sentence. [R.C. 2929.12]. The trial court has no
obligation to state reasons to support its findings, nor is it required to give a talismanic
incantation of the words of the statute, provided that the necessary findings can be found
in the record and are incorporated into the sentencing entry.
{¶20} While appellant may disagree with the weight given to these factors by the
trial judge, appellant’s sentence was within the applicable statutory range for a felony of
Muskingum County, Case No. CT2018-0069 7

the first degree and therefore, we have no basis for concluding that it is contrary to law.
Moyer, supra, 2019-Ohio-1187, ¶ 34.
{¶21} Appellant’s sole assignment of error is overruled.

Outcome: Appellant’s sole assignment of error is overruled and the judgment of the
Muskingum County Court of Common Pleas is affirmed.