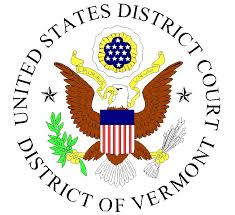 A federal grand jury, sitting in Burlington, Vermont, returned an indictment charging Jason Graham, 24, of Michigan, for his role in causing a threat to Green Mountain Union High School. On February 7, 2019, an anonymous caller claimed there was a bomb in the school building and indicated that students would be shot if evacuated. The incident caused a massive law enforcement response and terrified the community. Investigation later revealed that Graham had threatened to “shoot up” the school only days before the incident, and had arranged for the anonymous call.

"It is important to know that you are never truly anonymous in this day and age,” said Chester Police Detective Adam Woodell, one of the first investigators in the case. “This type of behavior will not be tolerated and perpetrators will be identified and brought forth for prosecution.” U.S. Attorney Christina E. Nolan agreed. “Nothing could be more serious than threats to our schools and our students,” Nolan said. “We will show zero tolerance for conduct that makes students feel unsafe in their place of learning. The U.S. Attorney’s Office and the law enforcement community in Vermont will vigorously pursue any threats to the safety of our children. Those who instill fear in children and school communities will not be allowed to hide behind their computer screens. We will find them and bring them to federal court to face serious consequences.”

Nolan thanked the Chester Police Department, the Vermont State Police, the Vermont Intelligence Center, and the Federal Bureau of Investigation’s Joint Terrorism Task Force for their collective work in investigating the threats.

Graham is charged with violations of 18 U.S.C. §§ 875(c) and 2 for threatening to “shoot up” the school in a February 4, 2019 Facebook group chat, and aiding and abetting the February 7, 2019 phone threat. If convicted, Graham faces up to five years in prison and up to a $250,000 fine on each count. The current indictment is an accusation only. Graham is presumed innocent until proven guilty.

The United States will be represented in the case by Criminal Chief Eugenia A. P. Cowles. Counsel for the defendant will be appointed at the time of Graham’s initial appearance.