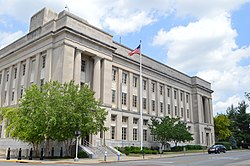 Lexington, KY - Former Osteo Relief Institutes and Their Owners to Pay Over $7.1 Million to Resolve Allegations of Unnecessary Knee Injections and Braces

“Billing Medicare for medically unnecessary items and procedures puts patients at risk and wastes taxpayer funds,” said Assistant Attorney General Jody Hunt of the Civil Division. “Today’s settlement demonstrates that the Department of Justice will pursue companies and individuals who seek to benefit at the expense of federal health care programs and their beneficiaries.”

“Providers who bill the Medicare system must do so in a manner that is consistent with good patient care,” said Erica MacDonald, U.S. Attorney for the District of Minnesota. “When individuals and entities permit financial motivation to cloud their judgment, our office is committed to addressing these abuses. We very much appreciate the tireless investigative efforts of our law enforcement partners at the Federal Bureau of Investigation and Health and Human Services in pursuing this nationwide investigation.”

“This settlement demonstrates that the U.S. Attorney’s Office will continue to identify and hold accountable those healthcare providers who improperly bill medically unnecessary services,” said Robert M. Duncan Jr., U.S. Attorney for the Eastern District of Kentucky. “It is also an example of our commitment to identify those who seek to defraud the government, as well as to work with whistleblowers, who play a critical role in helping keep entities honest, and are encouraged to report suspected waste, fraud, and abuse by those billing federal programs.”

“Providing unnecessary care in an effort to increase profits is illegal and may put patients at risk,” said Lamont Pugh, Special Agent in Charge for the Office of Inspector General of the U.S. Department of Health and Human Services. “The OIG’s five-year compliance agreement in the Osteo Relief Institutes case is designed to ensure such alleged behavior will not be repeated.”

Viscosupplementation is a treatment for osteoarthritis, in which a doctor injects a gel-like fluid into a patient’s knee joint to act as a lubricant and to supplement the natural properties of joint fluid. The government alleged that these clinics administered viscosupplementation injections to patients who did not need them, used multiple brands of viscosupplements successively on patients without clinical support, and used discounted viscosupplements reimported from foreign countries. The government also alleged that they provided unnecessary custom knee braces to patients.

The ORI clinics and their owners in Phoenix, Arizona; San Diego, California; Lexington, Kentucky; Wall Township, New Jersey; Dallas, Texas; and San Antonio, Texas have agreed collectively to pay the United States $6 million, and the clinic in Colorado Springs, Colorado, has agreed to pay the United States approximately $1.13 million to resolve its role in the submission of false claims to Medicare for medically unnecessary viscosupplementation and braces.

Contemporaneous with the civil settlement, the settling ORI clinics and related parties entered into a Corporate Integrity Agreement (CIA) with the Department of Health and Human Services Office of Inspector General. The CIA requires implementation of comprehensive compliance controls and annual ORI clinics claims reviews by an Independent Review Organization.

The allegations resolved by today’s settlement were identified by a government investigation that arose out of a critical analysis of Medicare claims data. The settlement also resolves a lawsuit filed against the ORIs and their owners under the False Claims Act’s qui tam provisions, which permit private individuals to sue on behalf of the government for false claims and to share in any recovery. The Act allows the government to intervene and take over the action, as it did, in part, in this case. The whistleblower in this action will receive $857,550.

The government’s settlement in this matter illustrates its emphasis on combating health care fraud. One of the most powerful tools in this effort is the False Claims Act. Tips and complaints from all sources about potential fraud, waste, abuse, and mismanagement, can be reported to the Department of Health and Human Services, at 800-HHS-TIPS (800-447-8477).

The matter was investigated by the Civil Division’s Commercial Litigation Branch, the U.S. Attorney’s Office for the District of Minnesota, the U.S. Attorney’s Office for the Eastern District of Kentucky, the Department of Health and Human Services Office of Inspector General, and the Federal Bureau of Investigation. The claims asserted against defendants are allegations only, and there has been no determination of liability.