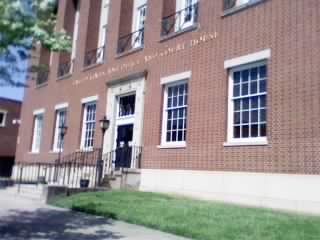 U.S. District Judge Kenneth D. Bell sentenced Wayne Lamont Johnson, 39, of Statesville, to 63 months in prison, followed by three years of supervised release, on charges of possession of a firearm by a felon. According to plea documents and statements made in court, on September 13, 2017, officers with the Statesville Police Department recovered a firearm from inside the vehicle Johnson was driving. Johnson has a prior Sale of Cocaine felony conviction and he is prohibited from possessing a firearm.

Judge Bell also ordered Patrick Maurice Anto Curruth, 27, of Statesville, to serve 50 months in prison, followed by two years of supervised release. According to court records, on April 11, 2013, Curruth was convicted of multiple state charges, including Robbery with a Dangerous Weapon, and Assault with a Deadly Weapon Inflicting Serious Injury, and received a sentence of up to 84 months in prison. On February 9, 2018, investigators with the Statesville Police Department executed a search warrant at Curruth’s residence, and recovered a loaded Ruger, model P94, .40 caliber semi-automatic pistol. Curruth pleaded guilty to possession of a firearm by a felon on January 10, 2019.

On Monday, U.S. District Judge Max O. Cogburn, Jr., sentenced Aldrick Newt Taylor, 21, of Charlotte, to 57 months in prison and three years of supervised release for possession of a firearm by a felon. Court records show that on March 7, 2018, Taylor knowingly and intentionally possessed a stolen Taurus PT 111 G2 9mm pistol. The firearm was loaded with one round of ammunition in the chamber and four rounds in the attached magazine. According to court records, Taylor possessed the firearm in connection with another felony offense, that being possession with intent to distribute marijuana.

In a separate case, on Monday, Judge Cogburn also ordered Kendrell Sanders, 29, of Charlotte, to serve 57 months in prison and three years of supervised release on charges of possession of a firearm by a felon and possession of ammunition by a felon. As Sanders previously admitted in court, on June 8, 2018, Sanders was found to be in possession of a Glock 43 9mm caliber semi-automatic pistol, and a Taurus 605 357 Magnum revolver. On August 1, 2018, Sanders knowingly and intentionally possessed 115 rounds of firearm ammunition. At the time Sanders possessed the firearms and the ammunition he was prohibited under federal law from doing so.

Judge Cogburn also sentenced today Eric Lorenzo Davis, 28, of Charlotte, to 15 months in prison and one year year of supervised release. Court records show that on July 27, 2018, Davis possessed a Smith and Wesson, model M&P 9, 9mm caliber pistol. Davis was previously convicted of one or more felony offenses and he is therefore prohibited form lawfully possessing a firearm.

In announcing today’s sentences, U.S. Attorney Murray commended the work of the Bureau of Alcohol, Tobacco, Firearms & Explosives (ATF), the Statesville Police Department, the Charlotte-Mecklenburg Police Department, and the State Bureau of Investigation for their continued work and coordination on PSN cases.

Project Safe Neighborhoods is the centerpiece of the Department of Justice’s violent crime reduction efforts. PSN is an evidence-based program proven to be effective at reducing violent crime. Through PSN, a broad spectrum of stakeholders work together to identify the most pressing violent crime problems in the community and develop comprehensive solutions to address them. As part of this strategy, PSN focuses enforcement efforts on the most violent offenders and partners with locally based prevention and reentry programs for lasting reductions in crime.