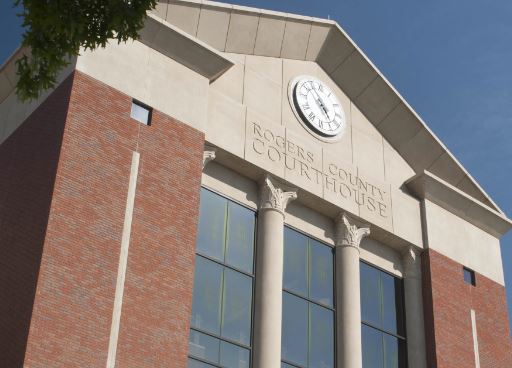 Plaintiff filed his Petition in state court on July 6, 2006. [Docket No. 2-2]. Plaintiff maintains that the state court Petition was clearly removable because the Petition raises a claim of race discrimination which cannot be asserted under Oklahoma law. Because defendant City of Claremore failed to remove the action until 81 days after service of the Petition, plaintiff maintains that the action was untimely removed.

Defendant notes that the Petition failed to cite any federal or statutory law and contains nothing to indicate that plaintiff was asserting a federal claim. Defendant served written requests for admission on plaintiff, requesting that plaintiff admit that he was making no claim under the United States Constitution or any other federal law. Plaintiff served responses to the requests for admissions on October 23, 2006, and denied the request. Defendant filed its notice of removal on October 25, 2006.

In DeBry v. Transamerica Corp., 601 F.2d 480, 489 (10th Cir. 1979), the Tenth Circuit Court of Appeals noted the importance of the defendant being able to determine whether or not removal is available in determining when the removal limitation time begins to run. Thus, this court has held that the purpose of the starting of the period of the limitations is important to allow the defendant to intelligently ascertain removability so that in his petition for removal he can make a simple and short statement of the facts. If the statute is going to run, the notice ought to be unequivocal. It should not be one which may have a double design.

Other cases have enunciated the requirement of ability to ascertain intelligently. See First National Bank in Little Rock v. Johnson & Johnson, 455 F. Supp. 361, 362 n.1 (E.D. Ark. 1978), which says: the plain purpose of the rule is to permit the removal period to begin only after the defendant is able to ascertain intelligently that the requisites of removability are present.

In accordance with DeBry, Tenth Circuit case law suggests that if the initial pleading is subject to more than one interpretation, the time period for removing does not begin to run until removability can be clearly ascertained.

We agree that the initial pleading in this case was ambiguous in that it did not provide unequivocal notice of the right to remove, and that the first clear notice of removability was given in answer to an interrogatory.

We further ruled that "ascertained" as used in section 1446(b) means a statement that "should not be ambiguous" or one which "requires an extensive investigation to determine the truth." DeBry is consistent with our prior ruling in Ardison v. Villa, 248 F.2d 226 (10th Cir. 1957), in which we interpreted the predecessor provision of § 1446(b), holding that the key to determining the date from which the clock begins to run is when the defendant is able to "intelligently ascertain removability." We disagree with cases from other jurisdictions which impose a duty to investigate and determine removability where the initial pleading indicates that the right to remove may exist. Rather, this court requires clear and unequivocal notice from the pleading itself, or a subsequent "other paper" such as an answer to interrogatory.

Akin v. Ashland Chem. Co., 156 F.3d 1030 (10th Cir. 1998) (emphasis in original, footnotes omitted). This position is consistent with the Tenth Circuit's requirement that the facts establishing jurisdiction must be within the removal notice. See Laughlin v. Kmart Corp., 50 F.3d 871 (10th Cir. 1995) ("The burden is on the party requesting removal to set forth, in the removal itself, the 'underlying facts supporting [the] assertion that the amount in controversy exceeds $50,000."). In this case, the Petition was not subject to only one interpretation. The Petition asserts that plaintiff was discriminated against based upon his race. [Docket No. 2-2, at 1]. The Petition does not reference a federal or state statute or otherwise specify the violation of federal law. The Petition does not provide unequivocal notice of the right to remove. From the Petition, defendant could not clearly ascertain that plaintiff was asserting a federal cause of action.

Outcome: Plaintiff asserts that from the Petition a clearly ascertainable federal cause of action is present because a state cause of action for race discrimination is not actionable under Oklahoma law. Oklahoma statutes provide that discrimination by an employer on the basis of race is discriminatory. 25 O.S. 2001, § 1302. Plaintiff maintains that pursuant to Burk v. K-Mart Corp., 1989 OK 22, 770 P.2d 24, the public policy exception for race discrimination does not exist in cases alleging race discrimination because an adequate federal remedy exists. Defendant responds that under Saint v. Data Exchange, Inc., 2006 OK 59, 145 P.3d 1037,[1] the Oklahoma Supreme Court reaffirmed Tate v. Browning-Ferris, Inc., 1992 OK 72, 833 P.2d 1218. In Tate v. Browning-Ferris, Inc., 1992 OK 59, 833 P.2d 1218, the Oklahoma Supreme Court noted that "Oklahoma's regulatory Act prohibits discrimination, whether it be in employment, public accommodation, or housing. Among other types of offending conduct, the Act proscribes an employer's discriminatory acts toward, or discharge of, a person because of race or color." Tate, 833 P.2d at 1227 (footnotes omitted). The arguments and case law presented by the parties support the court's conclusion that removability of the action was not clearly ascertainable from the Petition. Plaintiff's motion to remand is denied. [Docket No. 8].

IT IS SO ORDERED.