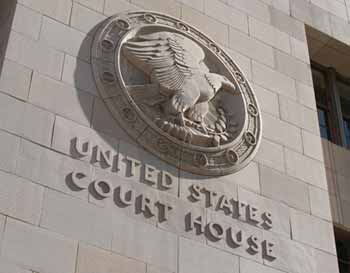 The owners and two employees of the popular adult websites GirlsDoPorn and GirlsDoToys were charged in federal court today with sex trafficking crimes in connection with a scheme to deceive and coerce young women to appear in sex videos.

According to a complaint, owners Michael James Pratt and Matthew Isaac Wolfe along with adult film performer and producer Ruben Andre Garcia and administrative assistant Valorie Moser used deception and false promises to lure the victims, who had responded to ads for modeling jobs that would supposedly pay $5,000. Eventually the women were told the job was really for adult films.

To persuade the women to participate, the defendants convinced them they could remain anonymous and that their videos would not be posted on the internet. In reality, the entire purpose was to post the videos on the internet. According to financial records, the websites have generated more than $17 million in revenue.

According to the complaint, the circumstances were not at all what was promised. Some of the women were pressured into signing documents without reviewing them and then threatened with legal action or outing if they failed to perform; some were not permitted to leave the shooting locations until the videos were made; family and friends and the general public eventually saw the videos online; some victims were harassed and ridiculed and estranged from their families as a result; and some were sexually assaulted and in at least one case raped. Some were forced to perform certain sex acts they had declined to do, or they would not be paid or allowed to leave.

Garcia was arrested on October 9; Wolfe was taken into custody Tuesday by immigration officials and transferred to federal criminal custody. They were arraigned this afternoon. Moser’s arraignment is scheduled for tomorrow before U.S. Magistrate Judge Linda Lopez. Pratt is a fugitive.

On October 9 at approximately 7:00 p.m., FBI agents executed a search warrant at an office located in the Spreckels Theatre Building located at 121 W. Broadway in San Diego. According to the search warrant, the office was used by members of the conspiracy to operate the GirlsDoPorn website.

Any additional victims of the alleged crime are encouraged to call the San Diego FBI at 858-320-1800.


Outcome: The charges and allegations contained in an indictment or complaint are merely accusations, and the defendants are considered innocent unless and until proven guilty.