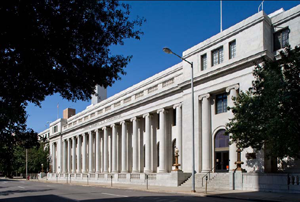 Birmingham, AL - The United States of America charged Heidi Robertson, age 35, with defrauding the Alabama Medicaid Agency of at least $1.5 million by billing for counseling services that were never provided.

A subsequent investigation was conducted by the Medicaid Fraud Control Unit and the Office of Investigations of the U.S. Department of Health and Human Services Office of Inspector General. This investigation determined that the majority of claims submitted by Capstone during 2016 through 2018 were fraudulent. Robertson’s role in the scheme included submitting claims using the Medicaid identifications of the children of friends and family members for counseling services that never took place. Waltz paid Robertson a 10 percent commission for all claims paid by Medicaid. Robertson was employed by Waltz from 2016 through late 2017.

“The defendant’s actions demonstrated reckless disregard for at-risk youth,” U.S. Attorney Prim F. Escalona said. “The U.S. Attorney’s Office will continue to work with our law enforcement partners to protect the members of our community that are the most vulnerable, our children.”

Attorney General Steve Marshall said, “This defendant engaged in an illegal and immoral scheme to profit at the expense of children in need by claiming payment for services that were never provided. As Attorney General, I stand committed with the U.S. Attorney and the Department of Health and Human Services to punish those who plunder the public treasury and betray the at-risk youth they were entrusted to serve.”

“Let this be a warning to medical billers around the State of Alabama that if you facilitate the submission of fraudulent claims, you will be held accountable for your actions,” said Derrick L. Jackson, Special Agent in Charge for the Office of Inspector General of the U.S. Department of Health and Human Services. “Together with our partners at both the state and federal level, the OIG will continue to identify and hold accountable those responsible for such schemes.”