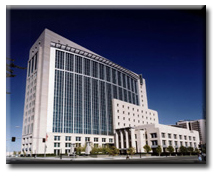 According to court documents, on June 1, police responded to reports of suspicious activity at Guns, Fishing and Other Stuff, a two-story gun and outdoor recreation store in Vacaville. Guns, Fishing and Other Stuff is a federally licensed firearms dealer. When officers responded, four vehicles fled the scene. After a high-speed chase on Interstate 80 during which vehicles reached over 100 miles per hour, one vehicle, a rented minivan, was stopped, and its five passengers were arrested after a foot pursuit. In total, the gun store reported that over 70 firearms had been stolen.

According to the criminal complaint, inside the minivan were bolt cutters, a power saw, and 13 handguns with price tags from Guns, Fishing and Other Stuff still attached. Donte Marcel Anderson, 31, of Antioch; Desteny Estrella Leilani Salazar, 22, of San Francisco; Donley Thompson, 27, of Pinole; Tracy Whitfield, 31, of Pittsburg; and Adrian Oscar Duran, 23, of San Francisco, were arrested. They are charged with possession of a stolen firearm and burglary of a federally licensed firearms dealer.

If convicted, the defendants face a maximum statutory penalty of 10 years in prison and a fine of up to $250,000 for both counts. Any sentence, however, would be determined at the discretion of the court after consideration of any applicable statutory factors and the Federal Sentencing Guidelines, which take into account a number of variables. The charges are only allegations; the defendants are presumed innocent until and unless proven guilty beyond a reasonable doubt.

This case is part of Project Safe Neighborhoods (PSN), a program bringing together all levels of law enforcement and the communities they serve to reduce violent crime and make our neighborhoods safer for everyone. The Department of Justice reinvigorated PSN in 2017 as part of the DepartmentÆs renewed focus on targeting violent criminals, directing all U.S. AttorneyÆs Offices to work in partnership with federal, state, local, and tribal law enforcement and the local community to develop effective, locally based strategies to reduce violent crime. To learn more about Project Safe Neighborhoods, go to www.justice.gov/psn.

This case is also part of Project Guardian, the Department of JusticeÆs signature initiative to reduce gun violence and enforce federal firearms laws. Initiated by the Attorney General in the fall of 2019, Project Guardian draws upon the DepartmentÆs past successful programs to reduce gun violence; enhances coordination of federal, state, local, and tribal authorities in investigating and prosecuting gun crimes; improves information-sharing by the Bureau of Alcohol, Tobacco, Firearms and Explosives when a prohibited individual attempts to purchase a firearm and is denied by the National Instant Criminal Background Check System (NICS), to include taking appropriate actions when a prospective purchaser is denied by the NICS for mental health reasons; and ensures that federal resources are directed at the criminals posing the greatest threat to our communities. For more information about Project Guardian, please see www.justice.gov/projectguardian.