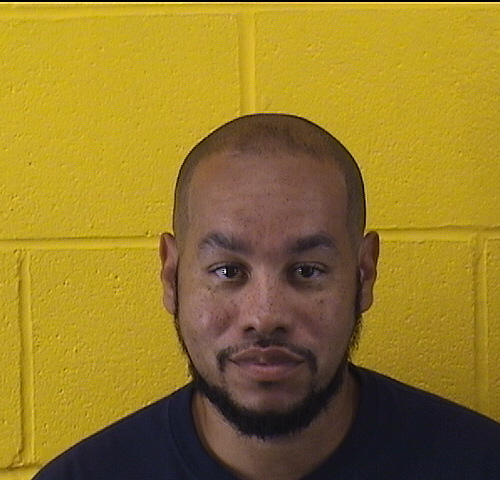 On October 16, 2018, Strickland was indicted for ten counts related to a
motor vehicle collision that resulted in the death of one person and injury to a second.
The OVI charges indicated that Strickland had three prior convictions within the previous
10 years. On January 8, 2019, Strickland appeared in court with counsel and entered into
a plea and sentencing agreement with the State of Ohio where, in exchange for guilty
pleas to the three above-named charges, he would be sentenced to 17 years in prison,
be ordered to pay restitution, and the remaining charges would be dismissed.
{¶ 3} During the plea hearing, the trial court thoroughly complied with Crim.R. 11
and reviewed with Strickland the applicable penalties and consequences of his plea
agreement with the State. The court explained that Strickland’s agreed prison sentence
would be an aggregate 17 years, that the OVI charge included a mandatory minimum fine
of $1,350, and that the court would determine restitution. (Tr. 11). The court also


-3-
confirmed Strickland understood that he was “giving up [his] right to appeal any pre-trial
rulings, and * * * giving up [his] right to appeal [his] sentence.” (Id.) The court determined
that Strickland understood the nature of the offenses, the elements involved, the
applicable driver’s license suspensions, the other rights he was giving up, and concluded
that he was entering his pleas knowingly, intelligently and voluntarily.
{¶ 4} A presentence investigation report was ordered. That report indicated that
Strickland, age 38 at sentencing, was unmarried, had no children and was in good health.
He graduated from high school and attended Miami Jacobs Career College, although he
did not receive any degrees there. He had been employed as a machinist for several
months before his incarceration. He had previously worked for ten years at DMAX in
Moraine, Ohio. He was represented in the trial court by retained counsel.
{¶ 5} On January 22, 2019, a sentencing hearing was conducted during which the
court indicated “the victim’s wife provided a copy of the funeral bill * * * that she paid the
sum of $11,543.15 * * *. It’s my understanding that the Defendant has stipulated that that
is the restitution due * * *. The Defendant is waiving any restitution hearing and has
stipulated or agreed to that restitution.” Both defense counsel and Strickland indicated
their agreement with the court’s statement (Tr. 25). The court then proceeded to impose
the agreed sentence of 17 years in prison, the stipulated restitution amount, a mandatory
fine on the OVI charge of $1,350, a mandatory driver’s license suspension for life, and
court costs. The court determined, without elaboration, that Strickland had “the present
and future ability to pay the restitution, as well as the mandatory fine on the OVI.” (Tr. 30).
The court also imposed applicable post-release control.
Potential Issues for Review


-4-
{¶ 6} In the Anders filing, appellate counsel has pointed out two related potential
assignments of error. First, counsel indicates the trial court may have erred by
determining that Strickland had the present and future ability to pay fines, costs and
restitution. Second, appellate counsel indicates trial counsel may have been ineffective
for failing to submit an affidavit of indigency to relieve Strickland of mandatory fines and
court costs. Nonetheless, counsel concluded the appeal does not have arguable merit,
requests that this court conduct an independent review, and requests permission to
withdraw from representation.
{¶ 7} We begin by noting that a jointly-recommended sentence that is imposed by
the court is not subject to appeal. R.C. 2953.08(D)(1) provides: “[a] sentence imposed
upon a defendant is not subject to review under this section if the sentence is authorized
by law, has been recommended jointly by the defendant and the prosecution in the case,
and is imposed by a sentencing judge.” See also State v. Sergent, 148 Ohio St.3d 94,
2016-Ohio-2696, 69 N.E.3d 627 (holding that a jointly-recommended consecutive
sentence is “authorized by law” and not appealable even though the trial court did not
make consecutive sentence findings that otherwise would be required).
{¶ 8} Here, there is nothing in the record to suggest that the sentence, including
the stipulated restitution and the statutorily-mandated OVI fine, were contrary to law.
Ordinarily, “[b]efore imposing a financial sanction under section 2929.18 of the Revised
Code * * * the court shall consider the offender’s present and future ability to pay the
amount of the sanction * * *.” However, consistent with Sergent, even if the trial court had
failed to determine Strickland had the ability to pay the stipulated restitution and the
statutorily mandated fine, the agreed sentence was not contrary to law and not subject to


-5-
appellate review. See also State v. Pishok, 3d Dist. Seneca No. 13-03-43, 2003-Ohio
7118, ¶ 17 (agreed sentence included restitution and costs; an assignment of error
challenging the trial court’s failure to consider the defendant’s ability to pay was not
appealable). Any argument that the agreed sentence including stipulated restitution and
a statutorily-mandated fine was appealable lacks arguable merit and would be frivolous.
{¶ 9} In addition, even if Strickland’s sentence were subject to appellate review,
his potential assignments of error have no arguable merit. With regard to restitution,
“ ‘[w]hen the agreement to pay restitution to the victim is part and parcel of a plea
agreement, there is no reversible error in imposing a financial sanction, without first
determining the defendant's ability to pay.’ ” State v. McMullen, 1st Dist. Hamilton No. C
140562, 2015-Ohio-3741, ¶ 5, quoting State v. Coburn, 6th Dist. Sandusky No. S-09-006,
2010-Ohio-692, ¶ 22.
{¶ 10} Furthermore, with regard to the mandatory OVI fine, we have held that a
felony OVI fine cannot be waived regardless of indigency. State v. Russell, 2d Dist.
Montgomery No. 24802, 2012-Ohio-2336, ¶ 4. Authority for imposition of that fine is R.C.
2929.18(B)(3), which states that “[f]or a fourth degree felony OVI offense and for a third
degree felony OVI offense, the sentencing court shall impose upon the offender a
mandatory fine in the amount specified in division (G)(1)(d) or (e) of section 4511.19 of
the Revised Code, whichever is applicable.” In turn, R.C. 4511.19(G)(1)(e)(iii) makes
clear that the fine required by R.C. 2929.18(B)(3) for such a felony OVI offense cannot
be waived. R.C. 4511.19(G)(1)(e)(iii) states that a person convicted of a fourth or third
degree felony OVI shall receive a sentence that includes “[i]n all cases, notwithstanding
Section 2929.18 of the Revised Code, a fine of not less than one thousand three hundred


-6-
fifty * * * dollars.” (Emphasis added.) Therefore the potential for waiver of a mandatory
fine by filing an affidavit of indigency found in R.C. 2929.18 is simply inapplicable to a
felony OVI mandatory fine. See also State v. Whalen, 2d Dist. Montgomery No. 19783,
2003-Ohio-6539 (holding that a fine is required for a fourth-degree felony OVI offense
even when an offender is indigent). Because the mandatory fine in this case was not
waivable due to indigency, the failure to file an affidavit could not possibly constitute
ineffective assistance of counsel. An assignment of error to the contrary would be
frivolous.
Anders review
{¶ 11} We have also performed our duty to independently conduct a thorough and
complete examination of all the proceedings to decide whether this appeal is wholly
frivolous. Penson v. Ohio, 488 U.S. 75, 80, 109 S.Ct. 346, 102 L.Ed.2d 300 (1988), citing
Anders, 386 U.S. at 744, 87 S.Ct. 1396, 18 L.Ed.2d 493. Having reviewed the entire
record, including the docketed filings, the PSI report and the plea and sentencing hearing
transcripts, we agree with appointed counsel’s assessment that there are no appealable
issues with arguable merit. The trial court conducted a thorough Crim.R. 11 plea hearing
and concluded that Strickland knowingly, voluntarily, and intelligently waived his rights
and entered his pleas. Likewise, with regard to the sentences imposed, they are within
the appropriate statutory range and are not contrary to law. “[A]n appellate court may
vacate or modify a felony sentence on appeal only if it determines by clear and convincing
evidence that the record does not support the trial court’s findings under relevant statutes
or that the sentence is otherwise contrary to law.” State v. Marcum, 146 Ohio St.3d 516,
2016-Ohio-1002, 59 N.E.3d 1231, ¶

Outcome: We have not found and cannot conceive of any reasonable, potentially meritorious argument in the circumstances of this case that would
support the Strickland’s cause. Accordingly, assigned counsel’s request to withdraw granted and the judgment of the Montgomery County Common Pleas Court is affirmed.