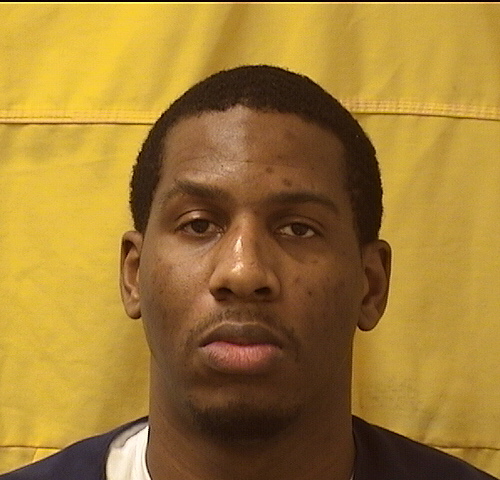 In May 2018, Cooper pled guilty to assault, a first-degree misdemeanor.
The trial court sentenced him to 180 days in jail, of which 120 days were suspended;
Cooper received credit for 34 days served, and he was ordered to serve the remaining
26 days. The trial court also placed Cooper on two years of community control with
conditions that he have no contact with the victim, that he not return to the location of the
assault, and that he obtain grief counseling at Woodhaven Treatment Center. Cooper
did not appeal from his conviction.
{Â 3} On July 25, 2018, the trial court filed a notice that Cooper allegedly had
violated the conditions of his community control by failing to report to the probation
department as ordered. The court initially held a hearing on the allegation on August 23,
2018, but Cooper failed to appear.
{Â 4} Cooper was arrested on a bench warrant on September 11, and the matter
was scheduled for September 20, 2018. Defense counsel did not appear for the
September 20 hearing, and the hearing was reset for the following day (September 21).
At that time, Cooper admitted that he did not meet with the probation department following
the completion of his jail term, although he said that he had called the probation
department regarding his admission to Woodhaven. Cooper also told the judge that his


-3-
probation officer with the Miamisburg Municipal Court, where he had two other cases,
had arranged for his admission to Woodhaven. The court looked up Cooperĺs
Miamisburg sentences on the jail website, but found only an order of incarceration.
{Â 5} The trial court revoked Cooperĺs community control and ordered him to serve
the 120-day suspended sentence. Cooper received credit for 11 days held, leaving 109
days to be served concurrently with the sentences from Miamisburg Municipal Court.1
The trial court indicated that it would release Cooper if the Miamisburg Municipal Court
also elected to release him. On September 25, 2018, the trial court filed its judgment
entry revoking Cooperĺs community control and imposing the suspended jail term.2
{Â 6} Cooper appeals from the trial courtĺs judgment, raising three assignments of
error. We will address them in an order that facilitates our analysis.
II. Competency Evaluation
{Â 7} In his second assignment of error, Cooper claims that the trial court erred
1 The online docket for Miamisburg Municipal Court reflects that Cooper was sentenced on September 10, 2018 in Case No. 18CRB1525 (theft) to 180 days in jail with credit for 8 days and assessed fines and costs of $500. On the same day, in Case No. 18CRB1558 (theft), Cooper received 180 days in jail with credit for 60 days. The jail terms were to be served consecutively to each other. Cooper was also placed on three years of community control and trespassed from Walmart and the Dayton Mall in both cases.

2 The Dayton Municipal Courtĺs online docket reflects that Cooper filed a motion for stay of sentence pending appeal on December 12, 2018. The trial court granted the motion on December 13, 2018. The online docket for Cooperĺs Miamisburg Municipal Court cases show that Cooperĺs jail terms were suspended on November 1, 2018, and he was admitted to Woodhaven thereafter. Cooper apparently left Woodhaven on December 24, 2018, and his suspended jail sentences were reinstated on January 4, 2019. His remaining jail sentences were again suspended in March 2019, when he was ordered to complete outpatient treatment at Cornerstone. As of March 7, 2019, Cooper had 44 days remaining in Case No. 18CR1558 plus 125 days remaining in Case No. 18CRB1525, all of which were suspended.


-5-
{Â 11} In support of his argument that the trial court should have ordered a
competency evaluation, Cooper cites to the following exchange between the trial court
and defense counsel at the August 23, 2018 violation hearing (from which Cooper was
absent); defense counsel had asked the trial court about Cooperĺs conditions of
community control:
THE COURT: So, he [Cooper] was supposed to do the grief counseling at
Woodhaven Treatment Center. He was to have no contact with the
mosque or [the victim] and he was not to, you know, go back onto Broadway
[the location]. He had two years of probation. There was really a[n], a[n]
issue of, you know, his mental capacity ľ
THE DEFENSE: Yeah.
THE COURT: And so, thatĺs what they were but he never showed up, so ľ
THE DEFENSE: Yeah.
THE COURT: They werenĺt able to do anything.
(Tr. at 36.)
{Â 12} Upon review of the transcripts, the record does not suggest that Cooper
was incompetent at any time during the proceedings. Cooper had lengthy discussions
with the court at the plea hearing and subsequent hearings. His statements reflected his
understanding of the events that precipitated the assault, his desire to address his issues
with addiction and grief from the death of his brother, and his request to be placed on
community control so that he could receive in-patient counseling at Woodhaven.
Although the court made a passing reference to Cooperĺs ômental capacity,ö we find no
indication that the trial court had any basis to pursue a competency evaluation for Cooper.


-6-
{Â 13} Cooperĺs second assignment of error is overruled.
III. Ineffective Assistance of Counsel
{Â 14} Cooperĺs first assignment of error reads that his ôtrial counsel was
ineffective for not requesting a competency evaluation of the defendant.ö His argument,
however, claims that his trial counsel failed to communicate with Cooper throughout the
community control revocation process and that counselĺs ôlack of any performance on
multiple occasions * * * so underprovided to Mr. Cooperĺs caseö that counselĺs conduct
was constitutionally deficient.
{Â 15} To establish ineffective assistance of counsel, a defendant must
demonstrate both that trial counselĺs conduct fell below an objective standard of
reasonableness and that the errors were serious enough to create a reasonable
probability that, but for the errors, the outcome of the case would have been different.
See Strickland v. Washington, 466 U.S. 668, 104 S.Ct. 2052, 80 L.Ed.2d 674 (1984);
State v. Bradley, 42 Ohio St.3d 136, 141-142, 538 N.E.2d 373 (1989). Hindsight is not
permitted to distort the assessment of what was reasonable in light of counselĺs
perspective at the time, and a debatable decision concerning trial strategy cannot form
the basis of a finding of ineffective assistance of counsel. State v. Cook, 65 Ohio St.3d
516, 524-525, 605 N.E.2d 70 (1992); State v. Fields, 2017-Ohio-400, 84 N.E.3d 193,
Â 38 (2d Dist.). Trial counsel is also entitled to a strong presumption that his or her
conduct fell within the wide range of reasonable assistance. Strickland at 689.
{Â 16} Cooper asserts that there ôwas obviously some question as to Mr. Cooperĺs
competence or mental capacity in some way throughout the proceedings in this case,ö
and he claims that counsel should have requested a competency evaluation. Cooper


-7-
further notes that the trial court had to refresh counselĺs memory about Cooper at the
August 23, 2018 hearing, that counsel did not appear for the September 20, 2018 hearing,
and that Cooper was confused about his sentence for the assault. Cooper also argues
that the record of the September 21 hearing reflects that defense counsel did not talk to
him (Cooper) before the hearing.
{Â 17} As stated above, we find nothing in the record to suggest that Cooper was
incompetent and, accordingly, we find no basis to conclude that defense counsel
rendered ineffective assistance by failing to request a competency evaluation of Cooper.
Cooper spoke extensively on his own behalf and engaged in lengthy discussions with the
trial court about his cases. His arguments were clear and coherent and reflected an
understanding of the cases and the issues then before the court.
{Â 18} In addition, based on the record before us, we cannot conclude that
Cooperĺs defense counsel otherwise rendered ineffective assistance. Counsel missed
the September 20 court date, but made arrangements to be there for the community
control violation hearing on the following day. Although Cooper spoke extensively on his
own behalf, defense counsel also advocated to the trial court against revocation or to
terminate his probation as unsuccessful. Specifically, counsel argued at the September
21 hearing:
THE DEFENSE: Your Honor, again I wish, I know that he admitted.
I donĺt know all of the circumstances underlying but when he was ordered
to appear at the probation department, I just simply, on a revocation notice,
it says that he failed to report to the probation department as ordered. I, I
question whether or not Mr. Cooper had ever even received any request to


-8-
appear at the probation department. Maybe it was a, a lack of
communication. I know some responsibility has to fall on Mr. Cooper to
reach out to the probation department but, Mr. Cooper, do you also have
transportation issues? You donĺt have your automobile do you or a valid
license?
THE DEFENDANT: No but I, I called. I called down there and they
told me, my understanding like I told the judge, Iĺm not going to lie about
anything, I was told that the probation department was supposed to help me
get inside Woodhaven Treatment Center. I called down there and the lady
was telling me that, that, that you know, that I was going to have to call
Woodhaven every day, that they really couldnĺt get me in there, thatĺs why
I didnĺt go.
THE DEFENSE: I would just add, Your Honor, respectfully either
because heĺs got these sentences pending in Miamisburg, it sounds like
heĺs going to be doing some time and he has served some time on this
case, to either give him credit for time served and to have him continue on
probation or respectfully terminate him as unsuccessful.
{Â 19} The record does not support a conclusion that defense counselĺs
performance in this case fell below an objective standard of reasonableness.
Accordingly, Cooperĺs first assignment of error is overruled.
IV. Knowing, Intelligent, and Voluntary Plea
{Â 20} In his third assignment of error, Cooper claims that he did not enter his plea
knowingly, intelligently, and voluntarily and the trial court ôpartially failed in compliance of


-9-
said plea.ö Cooper argues that the trial court failed to literally comply with Crim.R. 11
during his plea hearing, that he failed to understand his rights and the implications of his
guilty plea, and that he expressed his lack of understanding at the revocation hearing,
thus showing prejudice.
{Â 21} ôPursuant to the doctrine of res judicata, a valid final judgment on the merits
bars all subsequent actions based on any claim arising out of the transaction or
occurrence that was the subject matter of the previous action.ö State v. Collins, 2d Dist.
Montgomery No. 25612, 2013-Ohio-3645, Â 9, citing Grava v. Parkman Twp., 73 Ohio
St.3d 379, 653 N.E.2d 226 (1995). The res judicata bar applies to any issue that was
raised or could have been raised in a criminal defendant's prior appeal from his conviction
or any other final appealable order. See State v. Perry, 10 Ohio St.2d 175, 226 N.E.2d
104 (1967).
{Â 22} Res judicata bars Cooper from raising an issue on appeal from the
revocation of his community control sanctions which could have and should have been
raised on direct appeal from the judgment of conviction in which community control was
first imposed. State v. Turner, 2d Dist. Montgomery No. 27350, 2017-Ohio-4101, Â 8.
Accord State v. Knox, 2d Dist. Montgomery No. 25528, 2014-Ohio-1107 (defendant
cannot challenge denial of motion to suppress and raise ineffective assistance of counsel
at plea hearing during appeal from the revocation of his community control). Whether
the trial court complied with Crim.R. 11 at his May 1, 2018 plea hearing and whether he
entered his plea knowingly, intelligently, and voluntarily were matters that Cooper could
have, and should have, raised on direct appeal from his assault conviction. Accordingly,
these issues are not appropriately raised in this appeal stemming from the revocation of

Outcome: The trial courtĺs judgment will be affirmed.