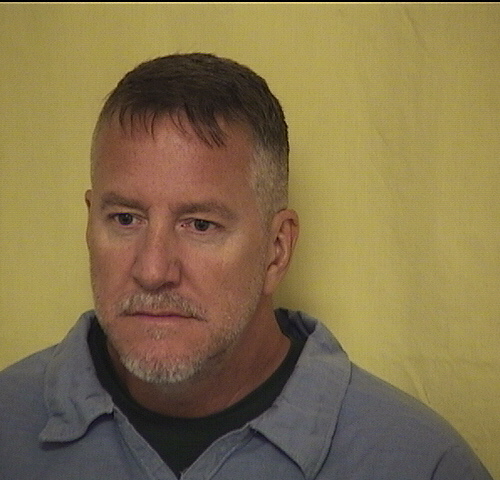 Deaton was convicted and sentenced for felonious assault (deadly weapon)
with an attached firearm specification, abduction with an attached firearm specification,
having weapons under disability, and other offenses. After the merger of certain counts,
the trial court sentenced Deaton to a 15-year prison term.
{¶ 3} Deaton’s convictions resulted from an encounter with his estranged wife. It
was not disputed that, during the encounter, the wife’s vehicle was twice struck by bullets
fired from a revolver Deaton possessed while she was seated in the vehicle. The factual
disputes at trial centered upon how Deaton came to possess the revolver, and whether,
as asserted by Deaton, the revolver twice discharged accidentally. The jury obviously
resolved these factual disputes against Deaton.
{¶ 4} Deaton appealed the convictions, and appellate counsel was appointed.
Appellate counsel filed a praecipe for transcript which requested the preparation and filing
of a transcript of the final pretrial hearing and of the three-day jury trial. The requested
transcripts were filed in this court on August 24, 2016. Before any briefs had been filed,


-3-
appellate counsel sought leave to withdraw as Deaton’s attorney. The motion was
granted. Shortly thereafter, new counsel entered an appearance on Deaton’s behalf.
New counsel filed a motion to supplement the appellate record with a transcript of
Deaton’s sentencing hearing and filed a second praecipe for transcript. The motion
stated that, “due to unknown circumstances, the record previously submitted did not
include the Sentencing Hearing transcript.” We sustained the motion. The sentencing
hearing transcript was filed in this court on December 16, 2016. We ultimately affirmed
Deaton’s convictions. State v. Deaton, 2d Dist. Montgomery No. 27181, 2017-Ohio
7044.
{¶ 5} On December 15, 2017, Deaton filed a pro se petition requesting
postconviction relief under R.C. 2953.21. The petition, broadly speaking, asserted that
Deaton’s trial attorney provided ineffective assistance of counsel because counsel did not
retain and call as a witness an expert to support Deaton’s claim that his firearm had
discharged accidentally. The petition included a report prepared by John Nixon, a
ballistics and firearms expert, that can be interpreted to support the claim of accidental
discharge.
{¶ 6} The trial court dismissed Deaton’s petition. The trial court determined that
the petition was filed beyond the statutory limitation period, that no statutory exception
acted to save the late filing, and, as such, the court was without jurisdiction to consider
Deaton’s petition. This appeal followed.

Petition Was Timely Filed
{¶ 8} R.C. 2953.21(A)(2) provides that when a direct appeal is involved, a
postconviction relief petition must be filed “no later than three hundred sixty-five days after
the date on which the trial transcript is filed in the court of appeals in the direct appeal of
the judgment of conviction * * *.” R.C. 2953.23(A)(1)(a) and (b) provides that a petition
filed after the 365-day limitation period may be considered if certain conditions are met.


-5-
A trial court is without jurisdiction to consider a postconviction relief petition if it is filed
outside the limitation period and the petitioner fails to satisfy R.C. 2953.23(A)(1)(a) and
(b). State v. Greathouse, 2d Dist. Montgomery No. 24084, 2011-Ohio-4012, ¶ 12; State
v. Chavis, 10th Dist. Franklin No. 15AP-557, 2015-Ohio-5549, ¶ 14; State v. Cunningham,
2016-Ohio-3106, 65 N.E.2d 307, ¶ 13 (3d Dist.).
{¶ 9} The trial court, not realizing that R.C. 2953.21(A)(2) had been amended to
extend the filing deadline to 365 days, analyzed the timeliness issue based upon the
previous 180-day limitation period. Using the incorrect 180-day limitation period, the trial
court concluded that Deaton’s petition was not timely filed and that the petition was not
saved by application of R.C. 2953.23(A)(1)(a) or (b).1 Based upon these conclusions,
the trial court determined that it was without jurisdiction to decide the petition.
{¶ 10} While conceding the trial court’s error, the State nonetheless asserts that
Deaton’s petition was not timely filed. This argument rests upon the contention that the
trial transcript was filed on August 24, 2016, the date that the transcripts of the final pretrial
hearing and the jury trial were filed in the court of appeals in accordance with the first
praecipe. If the August 24 filing began the limitation period clock, the petition was filed
late, R.C. 2953.23(A)(1) does not assist Deaton, and the trial court, despite its mistake,
correctly dismissed the petition. We conclude, however, that the limitation period began
to run on December 16, 2016, the date that the transcript of the sentencing hearing was
1 R.C. 2953.23(A)(1)(a), (b) provides that an otherwise untimely petition may be considered if the petitioner establishes either that he was “unavoidably prevented” from discovery of the facts upon which the petition relies or the United States Supreme Court has recognized the retroactive application of a new federal or state right applicable to the petitioner, and the petitioner establishes by clear and convincing evidence that but for the “constitutional error * * * no reasonable jury would have found the petitioner guilty * * *.”


-6-
filed in the court of appeals in accordance with the second praecipe. Thus, Deaton’s
petition, filed on December 15, 2017, was timely.
{¶ 11} Resolution of which date controls – August 24, 2016 or December 16, 2016
– turns upon the meaning of the term “trial transcript” set forth in R.C. 2953.21(A)(2).
The term is not defined; however, the First Appellate District, in State v. Barker, 2016
Ohio-8476, 78 N.E.3d 1250 (1st Dist.), had an opportunity to discuss and resolve the
meaning of “trial transcript.” After a motion to suppress was overruled, Barker pleaded
no contest to several criminal counts. Barker appealed, and appellate counsel was
appointed. Counsel filed a praecipe requesting the transcription and filing of a “complete
transcript of the proceedings” including “all pretrial proceedings.” Id. at ¶ 6. All
proceedings were transcribed and filed except for a suppression hearing, which was not
transcribed because the trial court did not file a decision and entry overruling the
suppression motion. Upon becoming aware of the omission, counsel requested that the
appellate record be supplemented with the suppression hearing transcript. The
appellate court ordered the supplementation. Thereafter, the appellate court affirmed
Barker’s conviction.
{¶ 12} In the meantime, Barker had filed a petition for postconviction relief. The
trial court, without timeliness of the petition being raised, dismissed Barker’s petition on
substantive grounds. Barker, once again, appealed. The State, on appeal, asserted
that the limitation period began to run when, in the first appeal, the plea and sentencing
hearing transcripts were filed in the court of appeals. The Barker opinion rejected the
State’s argument concluding that “Barker’s trial transcripts consisted of those transcripts
of the proceedings before the trial court that were ‘necessary for inclusion in the record


-7-
[on appeal].’ ” Barker ¶ 12, quoting App.R. 9(B)(1). The Barker decision concluded that
the suppression hearing transcript was necessary for inclusion in the appellate record,
that, given this, the limitation period began to run upon the filing of the suppression
hearing transcript, and, thus, Barker’s petition seeking postconviction relief was timely
filed.
{¶ 13} In support of its interpretation of the “trial transcript” and its filing, the Barker
court noted that the Ohio Supreme Court, in State v. Everette, 129 Ohio St.3d 317, 2011
Ohio-2856, 951 N.E.2d 1018, “defined the term ‘trial transcripts’ with reference to App.R.
9 and used this term interchangeably with the term ‘transcript of proceeding,’ in holding
[under a previous version of App.R. 9] that the filing of the certified written [rather than
videotaped] transcript triggers the [commencement of the R.C. 2953.21(A)(2) limitation
period].” Barker at ¶ 10.2
{¶ 14} Consistent with Barker, we conclude that the term “trial transcript” as used
in R.C. 2953.21(A)(2) means those transcripts of the trial court proceedings that are
objectively necessary for inclusion in the appellate record. This definition takes into
account appellate record supplementation of unnecessary or irrelevant transcripts,
perhaps filed with the intent of pushing back the postconviction relief limitation period.
As stated in State v. Durham, 8th Dist. Cuyahoga No. 98044, 2012-Ohio-4165, “an
appellant should not be allowed to unilaterally extend the statute’s time limitation by filing
irrelevant transcripts of pretrial hearings months after the filing of [the] trial transcripts.”
(Citations omitted.) Durham at ¶ 6. See also State v. Chavis-Tucker, 10th Dist. Franklin
2 Upon consideration of the merits, Barker affirmed the trial court’s dismissal of the petition for postconviction relief.


-8-
No. 05AP-944, 2006-Ohio-3105 (scheduling and bond hearing transcripts); State v.
Dotson, 2d Dist. Clark No. 2006-CA-45, 2007-Ohio-4078 (witness’s grand jury testimony).
{¶ 15} We conclude that the sentencing hearing transcript was objectively
necessary for inclusion in the appellate record, and that the requested record
supplementation, which we granted, was not an attempt to extend the postconviction
limitation period. We realize that, in the direct appeal, Deaton did not assert a sentencing
error. This, however, does not change the fact that the sentencing hearing is an integral
part of a criminal case. Accordingly, we conclude that the R.C. 2953.21(A)(2) “trial
transcript” in Deaton’s original appeal was filed on December 16, 2016. Thus, Deaton’s
petition for postconviction relief was timely filed. Deaton’s first assignment of error is
sustained.

Res Judicata Did Not Bar the Petition
{¶ 16} The trial court also concluded that res judicata barred Deaton’s ineffective
assistance of counsel assertion. In response to Deaton’s second assignment of error,
the State concedes that res judicata did not bar the ineffective assistance of counsel claim
asserted in Deaton’s petition, because the claim relied on evidence outside the record.
Thus, Deaton’s second assignment of error is sustained.

No Need to Resolve Whether the Trial Court Erred by
Overruling Deaton’s Motion to Amend the Petition
{¶ 17} Deaton, in his final assignment of error, asserts that the trial court erred by
overruling his motion to amend his petition for postconviction relief. Since the case has


-9-
to be remanded to the trial court, we conclude that there is no necessity to rule upon this
assignment of error. Upon remand, Deaton may refile the motion to amend the petition.
If he does so, the trial court can determine, in light of the need to decide the petition upon
its merits, whether it is appropriate to allow the petition to be amended.

Outcome: Deaton’s first and second assignments of error are sustained. The
judgment of the trial court is reversed, and the case is remanded to the trial court for consideration of the petition for postconviction relief on its merits.