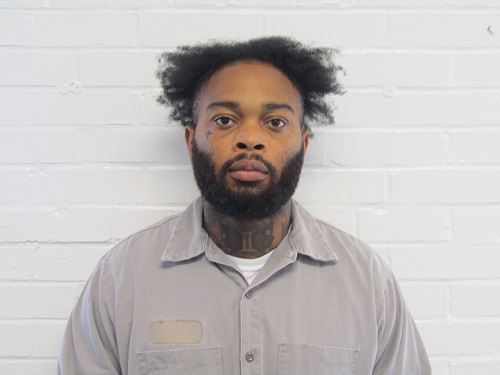 Id. at 10, 571 S.W.3d at 84. Here, appellant pleaded guilty to using a communication device in the commission of a drug offense. Thus, he had already admitted to using a phone to commit the crimes. Second, Officer Akers testified that he had communicated with appellant by phone and by text. The screenshots of the text messages were taken from the cell phone Officer Akers used in these communications. He testified that the screenshots were texts of a continuing text conversation he had with appellant. He also said that the texts were from the same number of the phone on which he spoke with appellant. Finally, he described the transactions discussed in the texts for which appellant later pleaded guilty. The texts concerned the precise events that Officer Akers testified occurred between him and appellant. Moreover, the State was entitled to introduce evidence of the circumstances of the crime in a sentencing hearing. Ark. Code Ann. ¦ 16-97-103(7); Doles, 2011 Ark. App. 476, at 5¢6, 385 S.W.3d at 318.
Appellant also argues that the text messages constitute hearsay and that the vulgar language in the texts caused the textsÆ probative value to be outweighed by the danger of unfair prejudice. Under the circumstances presented here, we need not decide whether the court erred in failing to exclude the screenshots of the text messages. Even if the court erred, appellant has shown no prejudice; further, any error was harmless. Prejudice is not presumed, and we will not reverse a conviction absent a showing of prejudice. Farmer, 2019 Ark. App. 148, at 12, 571 S.W.3d at 85. Appellant had already pleaded guilty to the crimes. The evidence was introduced to aid the jury in determining a sentence. Appellant claims that this evidence caused the jury to give him a harsher sentence than it would have otherwise. The jury recommended a total sentence on all seven convictions of forty-seven years out of a total possible combined sentence of ninety-six years. All the sentences were to run consecutively except for the sentence for use of a communication device, which runs concurrently. A defendant who has received a sentence within the statutory range short of the maximum sentence cannot show prejudice from the sentence itself. Bond v. State, 374 Ark. 332, 340, 288 S.W.3d 206, 212 (2008). Appellant provides no evidence of other prejudice due to the admission of this evidence. We reject his arguments.
III. Sentences Were Not Supported by the Evidence and Were Cruel and Unusual
For his third point on appeal, appellant attacks the sentences imposed by the jury. First, he contends that the evidence presented at the sentencing hearing established that he did not, in fact, possess a defaced firearm. Next, he argues that the jury improperly considered acts in addition to the offenses to which he pleaded guilty in determining his sentence, including inferences from his clothing in a Facebook photo, a previous battery conviction involving his pregnant girlfriend, and a previous conviction for possession of marijuana. Finally, he contends that his sentences violate the prohibition against cruel and unusual punishment under the Eighth Amendment to the United States Constitution. Because he did not raise any of these arguments in the circuit court, we do not address them. It is well-settled that even constitutional issues may not be raised for the first time on appeal. Callaway v. State, 368 Ark. 412, 414, 246 S.W.3d 889, 890 (2007).

Outcome: We also note that appellant pleaded guilty to possession of a defaced firearm. Thus, he waived any argument that the evidence was insufficient to sustain his conviction. Standridge v. State, 2012 Ark. App. 563, at 6, 423 S.W.3d 677, 681. Moreover, appellant was sentenced to forty-seven yearsÆ imprisonment out of a possible ninety-six years. The Eighth Amendment forbids extreme sentences that are ōgrossly disproportionate to the crimeö and states that these ōare exceedingly rare.ö Ewing v. California, 538 U.S. 11, 21 (2003).