MoreLaw Virtual ReceptionistsOur Team Will Answer Your Phone When You Cannot 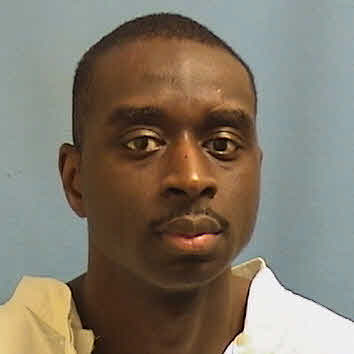 Ark. R. Evid. 608 (2018). We specifically held in Sitz v. State, 23 Ark. App. 126, 128, 743 S.W.2d 18, 20 (1988), that embezzlement, a form of theft, is not a crime that is probative of untruthfulness and thus is not admissible under Rule 608(b). See also Arendall v. State, 2010 Ark. App. 358, at 19, 377 S.W.3d 404, 416. We decline Swanigan’s invitation to revisit this decision, and we do not find the present case to be distinguishable. Accordingly, the circuit court did not abuse its discretion in refusing to allow the evidence.
E. Mistrial
Swanigan’s fifth point on appeal is that the circuit court abused its discretion by denying his motion for mistrial after Amanda Thornton testified that Swanigan had been “incarcerated for a while.” Swanigan had been living with Amanda at the time of the shooting. At the start of her testimony, after asking her to state her name, the prosecutor asked Amanda how long she had known Swanigan. She testified that she had known him since she was twelve or thirteen years old. The prosecutor then asked her if she had kept up with him since that time. She replied, “Not really. He was in—yes, to a point I have. He was incarcerated for a while, so . . ..” The examination then continued without objection:
Prosecutor: So you’ve known him since you were a child. I’m going to take you back to April of 2014. Where were you living at that time?

Thornton: Maybe two weeks.
Prosecutor: And did he move any clothing in or any items?
Thornton: Yeah. He had his own closet with his clothes and belongings in it.

Prosecutor: May we approach?
At that point, the prosecutor told the court that she had made it clear to Amanda the day before not to discuss “certain things.” The prosecutor said she thought a recess would be appropriate to admonish her witness one more time “so she doesn’t say something she shouldn’t.” Swanigan’s counsel said he thought that “was a good idea.” The court took a five-minute recess, after which it informed the jury that there had been some problems hearing the witness, and her testimony would be started over. Swanigan’s counsel then requested a bench conference, arguing that Amanda’s mentioning Swanigan’s incarceration was inadmissible and overly prejudicial. He requested a mistrial, which the court denied. The prosecutor then began Amanda’s testimony from the beginning.
A mistrial is a drastic remedy that should be ordered only when there has been an error so prejudicial that justice cannot be served by continuing with the trial or when fundamental fairness of the trial itself has been manifestly affected. Britton v. State, 2014 Ark. 192, at 9, 433 S.W.3d 856, 862. A circuit court has wide discretion in granting or denying a mistrial motion, and absent an abuse of that discretion, the court’s decision will not be disturbed on appeal. Id. at 10, 433 S.W.3d at 862. Further, a motion for mistrial must be made at the first opportunity. Ellis v. State, 366 Ark. 46, 49, 233 S.W.3d 606, 608 (2006). The reason for this is that a circuit court should be given an opportunity to correct any perceived error before prejudice occurs. Id.
The State contends that Swanigan’s argument is not preserved for appeal because his motion for mistrial was untimely. We agree. In this case, Swanigan did not object when the allegedly offensive statement was made. In fact, the prosecutor asked four more questions before she herself stopped the testimony and asked for a recess to remind the witness what not to mention. Even then, defense counsel merely added that he thought it “was a good idea.” It was not until after the five-minute recess and the court had informed the jury that it was going to have the State start over with Amanda’s testimony that defense counsel requested a mistrial, which the court denied. The circuit court did not abuse its discretion.
F. Rebuttal Evidence
Finally, Swanigan contends that the circuit court abused its discretion in admitting rebuttal evidence by allowing the State to present evidence that did not refute the defense’s evidence but that impeached a defense witness on a collateral matter the State itself elicited on cross-examination. He argues that the State failed to include the witness on its witness list, violating Rule 17.1 of the Arkansas Rules of Criminal Procedure; the evidence did not refute any portion of Amy Bostick’s testimony; and therefore, while perhaps admissible during the State’s case-in-chief, it was not proper rebuttal evidence.
Rebuttal evidence is evidence that is offered in reply to new matters, even if it overlaps with the evidence presented in the State’s case-in-chief, as long as the testimony is responsive to evidence presented by the defense. Kincannon v. State, 85 Ark. App. 297, 303, 151 S.W.3d 8, 12 (2004). The scope of a rebuttal witness’s testimony is accorded wide latitude and will not be restricted merely because it could have been presented on direct examination. Id. It is within the circuit court’s discretion whether to admit rebuttal testimony, and the appellate court will not reverse this determination absent an abuse of that discretion. Jackson v. State, 2015 Ark. App. 603, at 7, 474 S.W.3d 525, 530. The discretion of the circuit court in refusing the testimony of a rebuttal witness is narrow and is more readily abused by excluding the testimony than by admitting it. Id.
The defense called Amy Bostick to provide an alibi for Swanigan. She testified that Swanigan was taking a shower at her house at the time of the shooting. She remembered this because she was listening to a police scanner on her phone while he was showering and heard about the shooting. On cross-examination, she said that she had not had contact with Swanigan lately. She also denied having been on a three-party telephone call with Swanigan from jail, although she admitted that her boyfriend had called her and told her to say “hi” to Swanigan. She also testified that she had not talked about her testimony with Swanigan or received a letter from him about her testimony.
The State then attempted to call Scarlett Shurett as a rebuttal witness to introduce a letter written by Swanigan to Bostick instructing Bostick how to testify. Swanigan had given the letter to Shurett, who had turned it over to the prosecutor. Defense counsel argued that Bostick had never received the letter and thus it was not admissible to impeach her testimony. After a lengthy discussion, the court denied the State’s request to introduce it. Defense counsel stated that Shurett could testify as long as her testimony was “appropriately limited to what [Bostick] apparently denied without putting an entire letter in that Amy Bostick didn’t receive.” The court agreed, finding that it was limited to impeachment to rebut Bostick’s testimony that she “had never talked to Swanigan about how she was to testify.”
The State then attempted to have Shurett introduce the recording of a three-way telephone call between Shurett, Swanigan, and Bostick on October 1, 2017. The court and counsel listened to the entire phone call, during which defense counsel argued that parts of the call were not relevant. The court and counsel agreed to the parts that could be played for the jury to impeach Bostick’s testimony that she had not spoken with Swanigan about her testimony. The following part of the phone call was played for the jury:
Swanigan: But I’m just trying to get all my shit squared away. If, you know what I’m saying, maybe I’m gonna talk to him Monday, but you still straight and I’m saying that we need you get up there and say whatever?

Bostick: Yeah. Of course.
Swanigan: As far as who lived where, what was going on at the house, all that type of shit. You know what I’m saying?

Bostick: Yeah, Yeah, yeah, yeah, yeah. Just write me a letter.
Swanigan: That––
Bostick: Let me know.
The State introduced the recording, which was admitted without objection.

Outcome: We reject Swanigan’s arguments on appeal. He did not make these arguments to the circuit court. He neither mentioned Rule 17.1 nor argued that the State was attempting to impeach improperly. The court made no ruling on any such arguments. Moreover, Bostick testified that she had not spoken with Swanigan about her testimony. The phone call suggested that she had. We hold that the circuit court did not abuse its discretion in admitting the evidence.