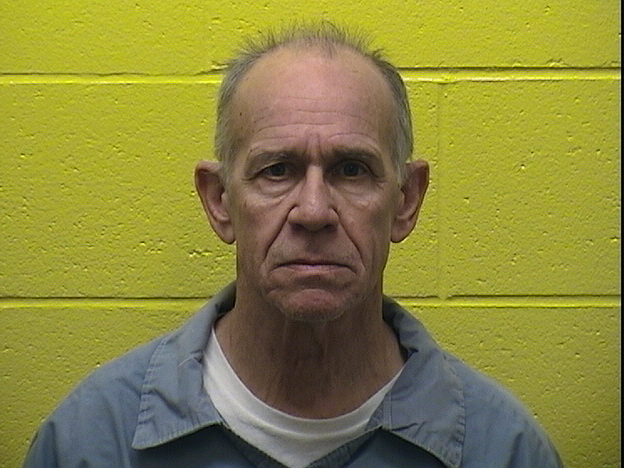 that she had known Cook for about five years. Tr. 158. She indicated that Cook
had exposed himself to her on multiple occasions and would move his hand up and
down with his “private” in his hand. Tr. 176-178. ME stated that, while he was
doing this, Cook asked her to “eat it and lick it” and also asked if he could “lick
[her] private.” Tr. 180. She testified that these events occurred in between “a few
months after [they] met” to one year after she met Cook. Tr. 184. She then stated
that, on one occasion, she and Cook went into his bedroom where he removed her
pants and underwear before he licked her vagina. Tr. 185-186.
{¶4} On cross-examination, ME testified that she had previously told a social
worker at children’s services that these events occurred about one month after she
had met Cook at the age of five. Tr. 201. The Defense then played a recording of
ME’s conversation with the social worker at children’s services. Tr. 205. In this
conversation, ME stated that the alleged offenses occurred when she was seven or
eight years old and that these alleged offenses occurred “right after she met” Cook.
Tr. 208. On redirect examination, ME stated that she could not remember exactly
how old she was when the offenses occurred. Tr. 208.
{¶5} At the close of the State’s case, the prosecutor requested leave to amend
the dates of the alleged offenses in the indictment and the bill of particulars to reflect
the testimony of ME at trial. Tr. 318. The dates on the bill of particulars indicated
that the alleged offenses would have happened in 2015 when ME was eight. Doc.
53. ME’s testimony at trial, however, indicated that the alleged offenses occurred

in 2012 when ME was five. Tr. 184, 201. The Defense objected to this motion. Tr.
318-319. The Defense then made a motion for a mistrial in the event that the trial
court granted the State leave to amend the bill of particulars. Tr. 335. The trial
court granted the State’s motion to amend the bill of particulars and denied the
Defense’s motion for a mistrial. Tr. 340-341. The trial court, pursuant to Crim.R.
7(D), gave the Defense the opportunity to request a continuance or postponement
of the trial to give them time to adjust their trial strategy. Tr. 344-345. Doc. 84.
However, the Defense declined to request a continuance or postponement and
proceeded with its case. Tr. 345. Doc. 84.
{¶6} On November 21, 2018, the trial court issued an order directing the
dates of the offense in the indictment and bill of particulars to be amended. Doc.
84. The amended indictment alleged that the offenses with which Cook was charged
had been committed in between August 27, 2012 and November 1, 2015. Doc. 11.
On November 26, 2018, the jury found Cook guilty of one count of rape. Doc. 87.
The jury, however, acquitted Cook of the crime of importuning. Doc. 88. The trial
court issued a judgment entry of sentencing on November 26, 2018. Doc. 89.
Assignment of Error
{¶7} Appellant filed his notice of appeal on December 19, 2018. Doc. 112.
On appeal, Cook raises the following assignment of error:
The trial court erred by failing to declare a mistrial when it granted the State’s motion to amend the indictment from a three

Cook argues that the trial court’s decision prejudiced him because his trial strategy
rested on showing the discrepancy between ME’s statements and the allegations in
the indictment.
Legal Standard
{¶8} Crim.R. 7(D) governs the amendment of an indictment, information, or
complaint and reads, in its relevant part, as follows:
The court may at any time before, during, or after a trial amend the indictment, information, complaint, or bill of particulars, in respect to any defect, imperfection, or omission in form or substance, or of any variance with the evidence, provided no change is made in the name or identity of the crime charged.

(Emphasis added.) Crim.R. 7(D). However, if the trial court permits an amendment
to the substance of the indictment * * * or to cure a variance between the indictment * * * and the proof, the defendant is entitled to a discharge of the jury on the defendant’s motion * * * and to a reasonable continuance, unless it clearly appears from the whole proceedings that the defendant has not been misled or prejudiced by the defect or variance in respect to which the amendment is made, or that the defendant’s rights will be fully protected by proceeding with the trial * * *.

Crim.R. 7(D).
A trial court commits reversible error when it permits an amendment that changes the name or identity of the offense charged, regardless of whether the defendant suffered prejudice. State v. Smith, [10th Dist.] Franklin * * * No. 03AP-1157, 2004Ohio-4786. Whether an amendment changes the name or identity of the crime charged is a matter of law and must be given a de novo review on appeal. State v. Kittle, [4th Dist.] Athens * * * No.

a child is not a change in the substance of an indictment.”). In this determination,
we find several facts relevant.
{¶12} First, we note that this amendment did not prevent Cook from
highlighting the inconsistencies in ME’s memories at trial. The Defense cross
examined ME as to her age at the time of these alleged offenses and played the
interview of her prior statements regarding her age at the time of these offenses. Tr.
201. ME even admitted on redirect that she could not remember precisely when the
offense occurred. Tr. 208. Since “[t]he precise date and time a rape occurs is not
an essential element of the crime,” the discrepancy between ME’s testimony and the
indictment is not any more significant than the discrepancies in her own statements.
State v. Reinhardt, 10th Dist. Franklin No. 04AP-116, 2004-Ohio-6443, ¶ 20. If
anything, the motion for leave to amend the dates in the indictment underscored the
inconsistencies in ME’s memories.
{¶13} Second, Cook’s “defense at trial was not alibi.” State v. Buchanan,
2017-Ohio-1361, 88 N.E.3d 686, ¶ 23 (8th Dist.), citing State v. Smith, 4th Dist.
Scioto No. 09CA3321, 2010-Ohio-5953, ¶ 18. Thus, his trial strategy did not rest
upon the offense having been alleged on a specific date. See Tr. 343-344. At trial,
his defense was
his denial that the acts in question ever occurred, regardless of when the acts were alleged to have occurred. Put another way, [his] defense to the allegations of sex abuse were that the allegations were entirely false; we do not see how changing the

date range during which the abuse occurred would affect his defense.

State v. Harris, 2017-Ohio-578, 107 N.E.3d 658 (8th Dist.). See also State v. Birt,
2013-Ohio-1379, 5 N.E.3d 1000, ¶ 33 (12th Dist.).
{¶14} Third, the trial court gave Cook the opportunity to continue the trial to
give the Defense the time to adjust its strategy. The trial court’s offer was consistent
with Crim.R. 7(D). However, Cook declined the opportunity to have the trial
continued to a later date.
{¶15} Fourth, while Cook denied having committed these offenses at trial,
he admitted to committing these offenses in a recorded police interview that was
played before the jurors at trial. Tr. 409-411, 424. Ex. 30. Specifically, he admitted
that ME saw him masturbating in his garage; that ME saw him ejaculate in his
garage; that he saw ME undressed on his bed; and that he made oral contact with
ME’s genitalia. Ex. 30-31. On May 4, 2018, Cook also wrote an apology letter to
ME and her family in which he stated that he was “So sorry to everyone this has
affected.” Ex. 32. He further stated:
I totally messed up. I did something that was only for a few seconds. But that was long enough. I could not sleep for a few days because I felt so bad about what I had done. I almost couldn’t live with myself. But we remained friends. * * * She said she didn’t want to do that again (the incident). I told her “I know [ME], me neither. I am so sorry.”

Ex. 32. This letter was admitted into evidence at trial. Tr. 423. During cross
examination, Cook admitted that he had written this letter. Tr. 423. For these

reasons, Cook was unable to demonstrate that he was prejudiced by the trial court’s
decision to permit the State to amend the indictment.

Outcome: We conclude that the trial court did not abuse its discretion in
permitting the State to amend the dates in the indictment. Further, the trial court did not err in denying the Defense’s motion for a mistrial. For these reasons, Cook’s sole assignment of error is overruled. Having found no error prejudicial to the appellant in the particulars assigned and argued, the judgment of the Auglaize
County Court of Common Pleas is affirmed.