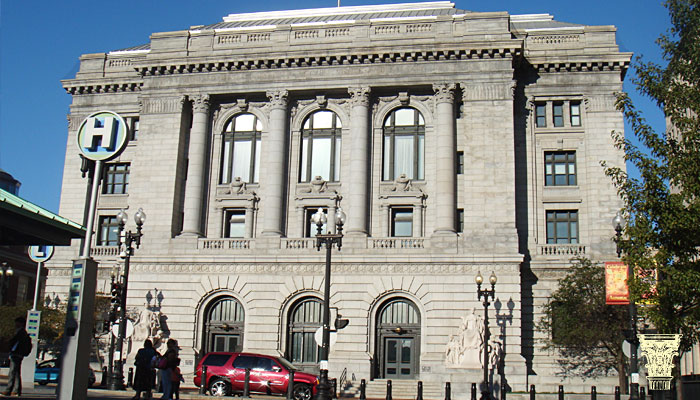 Providence, RI - The United States of America charged Broad Tech System Inc. and Tao Jiang, aka “Jason Jiang” and Bohr Winn-Shih with conspiracy to conceal information from the U.S. Department of Commerce and U.S. Customs and Border Protection as part of a scheme to illegally export chemicals manufactured and/or distributed by a Rhode Island-based company to a technology company in China.

According to an indictment, there is reasonable cause to believe that the Chinese entity is involved in the illicit procurement of commodities and technologies for unauthorized military end-use. Export Administration Regulations restrict the export of items that could make a significant contribution to the military potential of other nations or that could be detrimental to the foreign policy or national security of the United States.

It is alleged in the indictment that Broad Tech System Inc., located in Ontario, California, the company’s CEO, CFO, and President Tao Jiang, aka “Jason Jiang” and Bohr Winn-Shih, an equipment engineer for Broad Tech Systems, conspired to order the chemicals HiPR 6517 Photoresist (Photoresist) and HPRD 441 Developer (Developer) from a Rhode Island-based manufacturer, then knowingly submitted false and misleading documentation to the U.S. Government and shipping companies in an effort to have the product illegally shipped to a company in China, in violation of the Export Control Reform Act. Photoresist and HPRD are essential in the chip manufacturing process.

On October 25, 2018, The Customs and Border Protection National Targeting Center alerted an agent from the Department of Commerce (DOC) of an intended export of 58 gallons of Photoresist to NEDI. The shipment was halted and agents from DOC communicated with the RI-based manufacturer to inform them that NEDI was included on a U.S government list of Chinese companies that U.S companies are prohibited from exporting commodities to. The product was returned to the manufacturer.

It is alleged that several days after the shipment to NEDI was halted, the Rhode Island manufacturer received a call from Jason Jiang, acting on behalf of Broad Tech System, requesting to purchase 94 gallons of Photoresist. During continuing communications, Jiang and Bohr Winn-Shih represented to the manufacturer that the intended recipient of the Photoresist, and a quantity of Developer added to the order, was a company called NTESY, located in Nanjing, China. The manufacturer communicated to DOC agents that they found this to be suspicious because they had never done business with Broad Tech; ninety-four gallons was a significant quantity of Photoresist; and that the request came just several days after the shipment to NEDI had been recalled.

Records obtained by DOC agents established that Jiang, Shih and Broad Tech allegedly used NTESY to conceal that NEDI was the intended recipient.

According to the indictment, on January 29, 2019, Broad Tech received a wire transfer of $65,984 to its account at a bank within the United States purporting to be from NTESY Technology Co., China, representing payment for the 58 gallons of Photoresist. The wire transfer originated in Nanjing, China. Records show that the account where the funds originated from was an account controlled by NEDI.

An indictment is merely an accusation. A defendant is presumed innocent unless and until proven guilty.

The case is being prosecuted in the District of Rhode Island by Assistant U.S. Attorney Paul F. Daly, Jr.