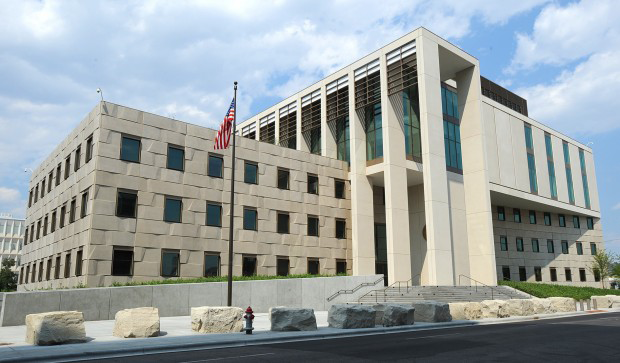 Billings, MT - The United States of America charged Stephen Phillip Casher, age 46, a former Rocky Mountain Bank loan officer accused of approving loans to a bank customer while at the same time profiting from private, undisclosed loans to the customer.

Defendant pleaded guilty to bank fraud and to money laundering. Casher faces a maximum 30 years in prison, a $1 million fine and five years of supervised release.

Casher was charged in a 14-count superseding indictment alleging bank fraud and related crimes. A jury trial began on June 22. The prosecution and Casher reached a plea agreement during trial.

The prosecution presented evidence in court records and at trial that Casher worked as a market president for Rocky Mountain Bank (RMB) from about November 2011 until January 2017. During that time, Casher was one of the people responsible for approving bank loans to Larry Price, Jr. or one of Price's related companies. Casher, along with several private investors, also made large, private, high interest loans to Price. Though Casher helped approve many bank loans to Price, neither Casher nor Price disclosed the private loans to RMB. Casher never informed RMB that he had a conflict of interest that might impair his impartiality in reviewing loans involving Price.

In September 2014, RMB loaned H&P Investments $3.75 million. Price controlled H&P investments and acted as an unlimited guarantor of the loan. Casher was one of the bank officials who approved this loan and was responsible for collecting Price's personal financial statement and providing it to the bank. A few days before the bank loan, Casher, along with a private investor, privately loaned Price $900,000. The private loan was specifically concealed and omitted from the personal financial statement that Casher had arranged for Price to sign on the same day the private loan was executed, resulting in a false entry in RMB's books.

In June 2015, RMB loaned Seven Lands Holdings approximately $1.18 million. Price controlled Seven Lands Holdings and acted as a personal guarantor of the loan. Price used the loan to buy five houses and turn them into rental properties. In early 2015, several private investors associated with Casher loaned Price $1.5 million. Casher brokered this deal and eventually received $20,000 as a "thank you" from the private investors.

One of homes Seven Lands Holdings was buying belonged to Casher and, as a result, he was removed from RMB's chain of approval. Nevertheless, Casher provided lender information on the loan and was involved in preparing loan documents. Neither Casher nor Price informed RMB about the $1.5 million private loan before the bank loaned Seven Lands Holdings $1.18 million. RMB's entry misrepresented Price's net worth and liquidity. Casher personally profited from this RMB loan because he received a large portion of loan funds from the sale of his house.

Assistant U.S. Attorneys Colin Rubich, Zeno Baucus and Timothy Tatarka are prosecuting the case, which was investigated by the FBI and the IRS.