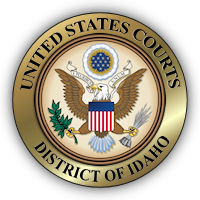 According to court records, on May 19, 2018, the Twin Falls Police Department responded to Thieme’s residence to investigate reports that minors were consuming alcohol at the residence. During the investigation, officers received information from minors at that location that Thieme had taken nude images of minors with his cellphone. Officers also learned Thieme was a registered sex offender on federal supervised release for a conviction of possession of matters of minors engaged in sexually explicit conduct, entered in the Southern District of California in 2015.

The United States Probation Office and Homeland Security Investigations (HSI) conducted an investigation into Thieme’s activities at his residence. They discovered Thieme had recently re-set his cell phone to the factory setting, erasing all of its contents. Twin Falls police officers obtained a search warrant for the contents of Thieme’s Google account. As a result, HSI agents discovered nude images of minors and two videos taken by Thieme with his cell phone, at his residence, on April 23, 2018, that depicted a minor engaged in sexually explicit conduct with an adult.

This case was brought as part of Project Safe Childhood, a nationwide initiative launched in May 2006 by the Department of Justice to combat the growing epidemic of child sexual exploitation and abuse. Led by the United States Attorneys’ Offices and the Criminal Division’s Child Exploitation and Obscenity Section, Project Safe Childhood marshals federal, state, and local resources to locate, apprehend, and prosecute individuals who sexually exploit children, and to identify and rescue victims.

For more information about internet safety education, please visit www.usdoj.gov/psc and click on the tab “resources.”