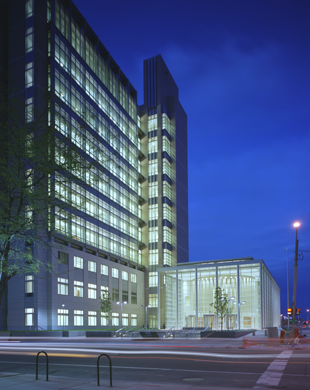 
A woman was sentenced this week for her role in stealing mail from personal mailboxes in the Englewood area, U.S. Attorney Jason R. Dunn and Acting U.S. Postal Inspector in Charge Lesley Allison announced. Krissie Renae Ward, age 20, of Denver, was sentenced by U.S. District Court Judge R. Brooke Jackson to serve 18 months in federal prison, followed by 3 years on supervised release. Co-defendant Tiffany Krystal Mankin, age 34, of Denver, was scheduled to be sentenced today, but removed her ankle monitor and did not show up for sentencing. Judge Jackson issued a bench warrant for her arrest.

According to the stipulated facts contained in both defendants’ plea agreements, on November 15, 2016, Englewood Police Department officers responded to a report of suspicious activity at a Safeway store located at 201 East Jefferson Avenue, in Englewood. The reporting party called police and stated that two females inside a black Volkswagen were opening excessive amounts of mail. Englewood officers located the vehicle and contacted the occupants, who turned out to be Mankin and Ward. Both were extremely nervous, fidgety, and avoided questions. Both women were taken to the Englewood police station.

During a search of the car, officers found 67 pieces of mail belonging to 31 different people. None of the mail contained actual currency. Law enforcement officers recovered seven checks totaling more than $9,000 from open, rifled mail. Further investigation revealed that Ward and Mankin were looking for mail that contained credit cards and checks. They took the mail out of curbside mailboxes by driving up and reaching out of the car window to grab the mail.

“Stealing mail is not a victimless crime,” said U.S. Attorney Jason R. Dunn. “Our country depends upon the integrity of our postal service, and when a crime such as this occurs, the recipient of the check or credit card as well as the financial institution issuing them suffers.”

“The U.S. Postal Inspection Service would like to thank the diligent witness in this case who reported suspicious activity involving the U.S. Mail,” said Lesley Allison, Acting Inspector-in-Charge of the Denver Division. “Along with the quick response from the Englewood Police Department, the actions of the witness allowed Postal Inspectors to quickly identify these defendants, who were responsible for stealing mail from numerous victims,” Allison said. “As we enter into the busy holiday mailing season, today’s sentence marks a great example of what can happen when the public and law enforcement work together with Postal Inspectors to stop mail theft in our communities,” said Allison.

This case was investigated by the U.S. Postal Inspection Service, with substantial assistance by the Englewood Police Department.