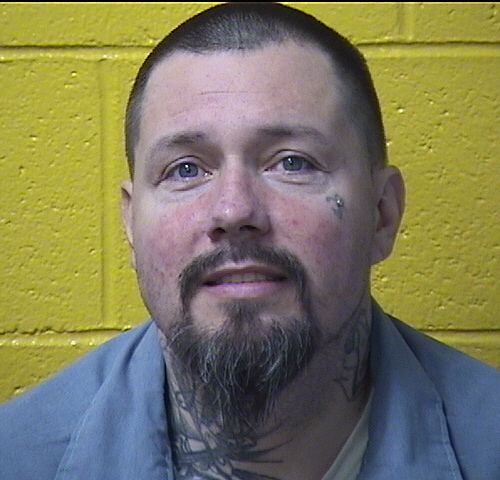 The Pickaway County grand jury indicted Spencer on two counts of
forgery and two counts of receiving stolen property, and he pleaded not guilty. At trial,
Carol Smiley, Assistant Vice President of Accounting at The Savings Bank, testified that
a customer notified the bank that checks had been paid on its account that the customer
had not issued. The bank closed the account and contacted police.
{¶4} Detective Jon Farrelly of the Circleville Police Department testified that he
received an email from Connie Campbell, a Savings Bank employee, about “false
activity at the bank” and investigated the matter. Campbell gave him copies of two
checks that appeared to be drawn on the account of Custom Maintenance Service, Inc.,
but had not been issued by the business. The checks were dated August 10, 2018, and
the check numbers were sequential. Each check was payable to Spencer in the
amount of $879.14. The back of the first check had a handwritten endorsement and
printed information indicating a transaction had occurred on August 17, 2018, at
12:20:52 p.m. The back of the second check had a handwritten endorsement, a
handwritten driver’s license number, and printed information indicating a transaction had
occurred on August 17, 2018, at 1:10:59 p.m. Detective Farrelly ran the driver’s license
number through OLEG and learned that it belonged to Spencer. Detective Farrelly also
contacted Custom Maintenance, which did not recognize Spencer’s name.
Pickaway App. No. 19CA6 3
{¶5} Detective Farrelly testified that Campbell gave him surveillance footage
from The Savings Bank branches in Ashville, Ohio, and Circleville, Ohio, along with still
photographs made from the Circleville footage. The Ashville footage, dated August 17,
2018, depicts Spencer and another man entering the bank together. Spencer
approaches a teller, endorses a check, gives it to the teller, and appears to put his
driver’s license on the counter. The teller begins to process the check through a device
at 12:20:51 p.m. Later, Spencer puts his license away, and the teller gives him cash.
The other man also cashes a check, and the men leave. The Ashville footage also
depicts two women entering the bank together around 12:32 p.m., cashing checks, and
leaving around 12:37 p.m. The Circleville footage, also dated August 17, 2018, depicts
Spencer and the other man inside the bank together wearing the same clothing as in
the Ashville footage. Spencer approaches a teller, endorses a check, and gives it to the
teller along with his driver’s license. The teller appears to write something, begins to
process the check through a device at 1:11:14 p.m., and gives Spencer his license and
cash. The other man also cashes a check.
{¶6} Sheila Sagraves testified that she had gone to school with Spencer. They
later reconnected, and he asked if she “wanted to make a little bit of money cashing
checks.” She did and gave Spencer her “I.D. information.” One day in August 2018,
Sagraves, Jeremiah Palladino (her boyfriend), Spencer, and Michelle Fernan met with a
man who went by the name “Black.” They went to The Savings Bank in Ashville, where
Black handed out pre-printed checks. Spencer and Palladino, who Sagraves identified
as the other man in one of the photographs, went into the bank together. Sagraves and
Fernan also went into the bank together. When they returned to the car, they gave the
Pickaway App. No. 19CA6 4
money from the cashed checks to either Black or Spencer and got $100 each in return.
The group then went to another Savings Bank location. Black did not threaten anyone
and did not have a weapon. During trial, Sagraves examined one of the checks made
payable to Spencer and testified that the checks she cashed were “exactly the same
kind” except they listed her name and address. She also testified that she never
worked for Custom Maintenance or thought that the checks were legitimate. Sagraves
admitted that she participated in the scheme to get drug money, had pleaded guilty to
criminal conduct in connection with these events, and hoped to get probation because
of her testimony.
{¶7} Spencer testified that he and his wife, Fernan, agreed to perform work for
a construction company whose name Spencer could not recall. They received their first
paycheck on July 17, 2018, and two men from the construction company took them to
cash it. The men told Spencer they needed to “hold the money,” and because Spencer
saw they had a gun, he gave the money to them. The men explained that they needed
Spencer to cash checks from other companies for work that he was going to perform.
Spencer claimed that he was forced to cash more checks for about a month.
{¶8} The trial court dismissed the receiving stolen property counts. The jury
rejected Spencer’s affirmative defense of duress and found him guilty on the forgery
counts. The court sentenced Spencer to 12 months in prison on each forgery count and
ordered him to serve those sentences consecutive to one another for an aggregate
sentence of 24 months.
II. ASSIGNMENTS OF ERROR
{¶9} Spencer assigns the following errors for our review:
Pickaway App. No. 19CA6 5
1. The Appellant was denied his right to a fair trial, due process of law, his right to confront witnesses and equal protection of the law when Detective Farrelly and Bank Vice President Smiley testified as to hearsay evidence as to what another person(s) told them. This was in violation of the Fifth, Sixth, Eighth and Fourteenth Amendments of the United States Constitution and Article I, Sec. 10 of the Ohio Constitution.

2. Evidence of a videotape and still photographs from that tape, were not properly authenticated by the witness Detective Farrelly and were improperly admitted into evidence. As a result, the Appellant was denied his right to confront and cross-examine evidence designed to prove his guilt. He was denied his right to have only competent evidence adduced against him. He was denied a fair trial. This was a denial of his rights pursuant to the Fifth, Sixth, Eighth and Fourteenth Amendments of the United States Constitution and Article I[,] Section 10 of the Ohio Constitution.

3. Trial counsel rendered ineffective assistance of counsel to the Appellant, by failing to object to the evidence of the videotapes and the still photographs, and subsequently their admission into evidence. This was a denial of Appellant’s rights to counsel, a fair trial, due process of law and equal protection of the law as guaranteed by the Fifth, Sixth and Fourteenth Amendments of the United States Constitution and Article I, Section 10 of the Ohio Constitution.

For ease of discussion, we address the assignments of error out of order.

Outcome: Having overruled the assignments of error, we affirm the trial court’s
judgment.