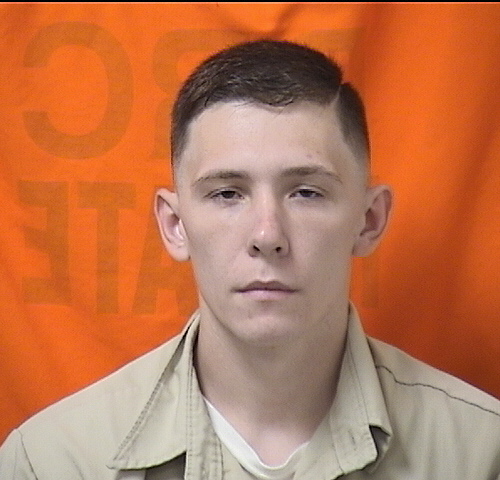 The State concurs with Appellant’s statement of the case and facts. We
have therefore summarized the agreed-upon facts and case history pertinent to this
appeal as follows. Appellant was indicted on October 1, 2018, for five counts of
Aggravated Trafficking in Drugs, one of which was a second-degree felony and the
rest of which were third-degree felonies, all in violation of R.C. 2925.03.
Appellant was also indicted on one count of Aggravated Possession of Drugs, a
third-degree felony in violation of R.C. 2925.11, and one count of Having
Weapons While Under Disability, a third-degree felony in violation of RC.
2923.13. The indictment also contained twelve forfeiture specifications. Pursuant
to a plea agreement, on January 10, 2019, Appellant pled guilty to counts three and
four of the indictment, both of which charged him with third-degree felony
Aggravated Trafficking in Drugs. He also entered guilty pleas to all twelve
forfeiture specifications with an agreement that some of the items, which included
a computer and a vehicle belonging to other family members, be exempted. In
exchange, the trial court dismissed counts one, two, five, six and seven of the
indictment.
Washington App. No. 19CA4 3

{¶3} The trial court thereafter sentenced Appellant to a twenty-four-month
prison term in connection with his guilty plea to count four of the indictment. The
trial court also sentenced Appellant to a five-year period of community control in
connection with his guilty plea to count three of the indictment, but ordered that it
be “tolled” until completion of the prison term imposed on count four. Thus, the
trial court essentially ordered the two sentences be served consecutively. Defense
counsel objected to the trial court’s imposition of a blended sentence, arguing that
the trial court was not permitted to tack on a period of community control after
completion of a prison term. The trial court noted the objection but did not alter
the manner in which it imposed the sentences. Appellant has now appealed the
trial court’s February 26, 2019 judgment entry and sets forth one assignment of
error for our review.
ASSIGNMENT OF ERROR
I. “THE TRIAL COURT ERRED IN SENTENCING APPELLANT TO A TERM OF COMMUNITY CONTROL CONSECUTIVE TO AN IMPOSED PRISON TERM ON A SEPARATE FELONY COUNT.”

sanctions to be served consecutively with a prison term. Thus, as Appellant argues
the trial court lacked statutory authority to impose his sentences in the manner that
it did. Appellant essentially contends his sentence is contrary to law.
{¶5} Appellant concedes there is a split of authority on this particular
question among Ohio courts but nevertheless urges this Court to vacate the
community control portion of his sentence and remand the matter for resentencing.
The State, however, asks this Court to follow its prior ruling in State v. Fisher,
2018-Ohio-5018, 124 N.E.3d 310 (4th Dist.), where we held that trial courts were
authorized to order a community control sanction to be served consecutively to a
prison term imposed on another count. We begin with a look at the appropriate
standard of review to be employed when reviewing challenges to the imposition of
felony sentences.
{¶6} When reviewing felony sentences, appellate courts must apply the
standard of review set forth in R.C. 2953.08(G)(2). State v. Marcum, 146 Ohio
St.3d 516, 2016-Ohio-1002, 59 N.E.3d 1231, ¶ 1, 22-23. Under R.C.
2953.08(G)(2), “[t]he appellate court's standard for review is not whether the
sentencing court abused its discretion.” Instead, R.C. 2953.08(G)(2) provides that
an appellate court may increase, reduce, modify, or vacate and remand a
challenged felony sentence if the court clearly and convincingly finds either:
Washington App. No. 19CA4 5

(a) That the record does not support the sentencing court's findings
under division (B) or (D) of section 2929.13, division (B)(2)(e) or
(C)(4) of section 2929.14, or division (I) of section 2929.20 of the
Revised Code, whichever, if any, is relevant;
(b) That the sentence is otherwise contrary to law.
{¶7} As set forth above, Appellant acknowledges there is a split of authority
among Ohio courts on this issue and notes the question is currently pending before
the Supreme Court of Ohio. See State v. Hitchcock, 152 Ohio St.3d 1405, 2018
Ohio-723, 92 N.E.3d 877 (determining that a conflict exists, accepting the cause
and holding it for decision in 2016-1848). Appellant further argues that ordering
both post-release control and community control is duplicative. As indicated
above, the State urges this Court to adhere to our prior ruling in State v. Fisher,
supra. In Fisher, this Court issued a split opinion with the majority holding that a
trial court “was authorized to order the community-control sanctions for two
offenses to run consecutively to the prior sentence for the remaining offense.” Id.
at ¶ 24. However, in so holding we acknowledged that the Supreme Court of Ohio
had certified a conflict in Hitchcock, and that the case remained pending at the time
we issued our decision.
{¶8} Since the parties herein filed their briefs, the Supreme Court of Ohio
issued a decision on the certified question presented in Hitchcock. See State v.
Washington App. No. 19CA4 6

Hitchcock, 2019-Ohio-3246, ---N.E.3d--- (2019). In rendering its decision, the
Court engaged in a review of the “relevant aspects of Ohio’s sentencing process[]”
with respect to “a court sentencing a defendant on multiple felony counts * * *.”
Id. at ¶ 15. For instance, the Court observed that when sentencing on multiple
felony counts, a court “must initially determine the limits of its discretion.” Id.
The Court noted that “[s]ome felonies involve mandatory prison terms or a
specification that removes sentencing discretion from the trial court.” Id., citing
R.C. 2929.14(B). The Court further explained as follows in ¶ 16-18:
When sentencing a defendant on other felonies, such as the third
degree felonies at issue in this case, the trial court has discretion to
impose either a prison term under R.C. 2929.14 or community-control
sanctions under R.C. 2929.15. In making this determination, the trial
court is sometimes guided by statutory presumptions or preferences
affixed to certain felony levels. R.C. 2929.13. The applicable statute
might apply to the relevant felony either a rebuttable presumption of a
prison term, R.C. 2929.13(D), or a preference for community-control
sanctions, R.C. 2929.13(B), or the statute might be neutral—without a
presumption or preference either way, R.C. 2929.13(C).
In exercising its discretion to impose either a prison term or
community-control sanctions for an offense, the trial court must
Washington App. No. 19CA4 7

consider the overriding purposes of felony sentencing under R.C.
2929.11 and the aggravating and mitigating factors enumerated in
R.C. 2929.12.
As this court has previously stated, in Ohio, judges have no inherent
power to create sentences, and the only sentence that a trial judge may
impose is that provided for by statute. State v. Anderson, 143 Ohio
St.3d 173, 2015-Ohio-2089, 35 N.E.3d 512, ¶ 10, 12.
{¶9} Finally, with respect to the issue presently before us, the Court stated
that “[t]he Revised Code is silent as to whether a community-control sanction
imposed for one felony runs concurrently or consecutively to a prison term
imposed for another felony.” State v. Hitchcock, 2019-Ohio-3246, --- N.E.3d ---,
at ¶ 20. The Court reflected, however, that “[t]he general principle set forth in the
Revised Code is that concurrent sentences are the default and consecutive
sentences are the exception[,]” and that “[t]his general principle is consistent with
the rule of lenity.” Id. at ¶ 21, citing R.C. 2901.04(A) and State v. Elmore, 122
Ohio St.3d 472, 2009-Ohio-3478, 912 N.E.2d 582, ¶ 38. The Court further
reasoned that although “the Revised Code does not prohibit trial courts from
imposing community control sanctions on one felony to be served consecutively to
a prison term imposed on another felony[,] * * * this does not mean that trial courts
are authorized to impose such consecutive terms.” State v. Hitchcock at ¶ 23.
Washington App. No. 19CA4 8

Outcome: Accordingly, the Hitchcock holding is dispositive of the issue raised
in the present appeal and mandates that we sustain Appellant’s sole assignment of
error, reverse the judgment of the trial court and remand this matter for
resentencing consistent with this opinion.