STATE OF OHIO vs. ZACHARY WOLF 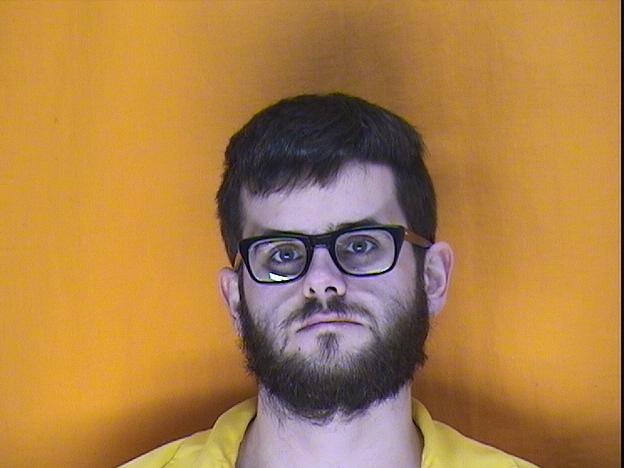 3
{¶ 3} Appellant additionally argued that the statutes encourage arbitrary and erratic
arrests. Appellant contended that although the state charged him with violating the statutes, the
state did not file charges against the females depicted in the material or against another individual
who purportedly admitted that he distributed photos of the females. Appellant asserted that at
least one of the females consented to producing the material and that the other female sent
material to a third individual, who was not charged with violating either of the statutes. The trial
court held a hearing to consider appellant’s motion to dismiss and later overruled appellant’s
motion.
{¶ 4} Appellant subsequently entered guilty pleas to each count of the indictment. The
trial court merged the pandering-sexually-oriented-matter-involving-a-minor offenses with the
illegal-use-of-a-minor-in-nudity-oriented-material-or-performance offenses and sentenced
appellant to serve twelve months in prison. This appeal followed.
{¶ 5} In his sole assignment of error, appellant asserts that the trial court erred by denying
his motion to dismiss the indictment. Appellant contends that the charged offenses are void for
vagueness as applied to his conduct and that his convictions violate his due process rights.
Appellant reiterates the arguments he raised during the trial court proceedings: (1) that he could
not have known that pandering or using the material constituted a crime when the minors
involved are above the age of consent; and (2) that the statutes were arbitrarily applied.
STANDARD OF REVIEW
{¶ 6} “Generally, appellate courts conduct a de novo review of a trial court’s decision
concerning a defendant’s motion to dismiss all or part of an indictment based upon a
constitutional challenge to the statute under which the defendant stands indicted.” State v.
ATHENS, 19CA2

7
plea thus “‘effectively waives all appealable errors at trial unrelated to the entry of the plea.’”
Ketterer at ¶ 105, quoting State v. Kelley, 57 Ohio St.3d 127, 566 N.E.2d 658 (1991), paragraph
two of the syllabus. However, a guilty plea does not “waive a claim that judged on its face the
charge is one which the State may not constitutionally prosecute.” Menna, 423 U.S. at 63, 96
S.Ct. 241; accord Class v. United States, — U.S. —, 138 S.Ct. 798, 803, 200 L.Ed.2d 37 (2018)
(determining that defendant’s guilty plea did not waive right to challenge constitutionality of
statute) State v. Wilson, 58 Ohio St.2d 52, 388 N.E.2d 745, 746 (1979), paragraph one of the
syllabus (“While a counseled plea of guilty is an admission of factual guilt which removes issues
of factual guilt from the case, a defendant is not precluded from raising on appeal other issues
which attack the constitutionality of the statute under which he has been convicted.”). A
defendant who enters a guilty plea nevertheless may not raise a constitutional challenge to a
statute if the constitutional claim “contradict[s] the terms of the indictment.” In other words, a
defendant who enters a guilty plea may raise a constitutional challenge to the statute under which
the defendant was convicted when the constitutional claim is “consistent with [the defendant]’s
knowing, voluntary, and intelligent admission that he did what the indictment alleged.” Class,
138 S.Ct. at 804.
{¶ 12} In Class, for instance, the United States Supreme Court held that the defendant,
although he pleaded guilty, could challenge the statute under which the government charged him.
In Class, the government had charged the defendant with possessing firearms while located in
the parking lot of the United States Capitol grounds. The defendant later asked the district court
to dismiss the indictment and asserted that the statute with which the government had charged
him was unconstitutional under the Second Amendment and under the Due Process Clause.
ATHENS, 19CA2

8
With respect to the due process issue, the defendant argued that the statute did not give him fair
notice that the statute prohibited possessing firearms while in the parking lot of the United States
Capitol. Ultimately, however, the defendant agreed to plead guilty.
{¶ 13} A written plea agreement listed the rights that the defendant expressly agreed to
waive:
(1) all defenses based upon the statute of limitations; (2) several specified trial rights; (3) the right to appeal a sentence at or below the judicially determined, maximum sentencing guideline range; (4) most collateral attacks on the conviction and sentence; and (5) various rights to request or receive information concerning the investigation and prosecution of his criminal case.

Id. at 802.
{¶ 14} The plea agreement additionally specified the claims that the defendant could raise
on appeal: “(1) newly discovered evidence; (2) ineffective assistance of counsel; and (3) certain
statutes providing for sentence reductions.” Id. Importantly, “[t]he agreement said nothing
about the right to raise on direct appeal a claim that the statute of conviction was
unconstitutional.” Id.
{¶ 15} The defendant subsequently sought to appeal his conviction and restated his
constitutional challenges. The appellate court determined that by pleading guilty, the defendant
waived his right to challenge the constitutionality of the statute. However, on further appeal to
the United States Supreme Court the defendant argued that a guilty plea, by itself, does not
“waive[] the right to challenge the constitutionality of [the] statute of conviction.” Id. at 803.
Somewhat surprisingly, the United States Supreme Court agreed with the defendant and held that
a defendant does not “relinquish his right to appeal [a trial court]’s constitutional determinations
simply by pleading guilty.” Id. The court reasoned that the defendant’s guilty plea did not
ATHENS, 19CA2

9
waive his right to raise the constitutional claims when the defendant did “not in any way deny
that he engaged in the conduct to which he admitted” and when the constitutional claims were
“consistent with [the defendant]’s knowing, voluntary, and intelligent admission that he did what
the indictment alleged”. Id. at 805 and 804. The court further observed that resolving the
defendant’s constitutional claims did not require the court “‘to venture beyond th[e] record.’”
Id. at 804, quoting United States v. Broce, 488 U.S. 563, 575, 109 S.Ct. 757, 200 L.Ed.2d 37
(2018). Rather, the court explained, the defendant asserted that the statute, “‘”judged on its
face”’ based upon the existing record, would extinguish the government’s power to
‘”constitutionally prosecute”’ the defendant if the claim were successful.” Id. at 806, quoting
United States v. Broce, 488 U.S. 563, 575, 109 S.Ct. 757, 102 L.Ed.2d 927 (1989), quoting
Menna, 423 U.S., at 62–63, and n. 2, 96 S.Ct. 241.
{¶ 16} The Class court further distinguished its holding from Broce. In Broce, the
defendants agreed to plead guilty to two counts of conspiracy but later attempted to argue that
they, in fact, engaged in only one count of conspiracy, and that the second count violated the
Double Jeopardy Clause. The United States Supreme Court held that the guilty pleas waived the
defendants’ rights “to challenge the theory of the indictments and to attempt to show the
existence of only one conspiracy in a trial-type proceeding.” Id. at 571. The court also noted
that the defendants could not “prove their claim by relying on those indictments and the existing
record.” Id. at 576. Instead, the court observed that the defendants could not “prove their claim
without contradicting those indictments.” Id. The court thus held that the “admissions inherent
in [the defendants’] guilty pleas” precluded their opportunity to challenge the constitutionality of
the two convictions. Id.
ATHENS, 19CA2

10
{¶ 17} In the case at bar, appellant’s constitutional claims appear to require consideration
of facts that are not contained in the indictment and that never admitted into evidence. Instead,
appellant entered guilty pleas and thereby waived his right to present evidence regarding the
circumstances of the charged crimes. Also, the record does not contain any evidence to support
appellant’s claims that the offenses involved minors above the age of consent. Neither party
presented sworn testimony or evidence to establish the ages of the victims involved in the
offenses. Indeed, by pleading guilty appellant waived any right to present testimony or evidence
“in a trial-type proceeding.” Id. at 571. We further note that any references in the record to the
minors’ ages occurred while the parties presented their arguments during the motion to dismiss
hearing.
{¶ 18} Moreover, unlike the defendant in Class, appellant does not assert that the statutes,
judged on their face, extinguish the state’s ability to constitutionally prosecute him. Instead,
appellant argues that the statutes, specifically as applied to his conduct, extinguish the state’s
ability to constitutionally prosecute him. Appellant thus does not deny that he engaged in the
conduct alleged in the indictment. Rather, appellant claims that the conduct alleged in his
indictment cannot constitutionally support a criminal conviction when the minors involved are
above the age of consent. Consequently, considering appellant’s constitutional claims would
require this court to venture outside the record and consider facts neither alleged in the
indictment nor admitted into evidence. Appellant therefore, cannot “present clear and
convincing evidence of a presently existing set of facts” that makes the statute unconstitutional as
applied. Cleveland Gear Co., 35 Ohio St.3d at 231 (noting that a party raising an as-applied
challenge bears the burden ‘to present clear and convincing evidence of a presently existing set of
ATHENS, 19CA2

Outcome: Accordingly, based upon the foregoing reasons, we overrule appellant’s sole
assignment of error and affirm the trial court’s judgment.