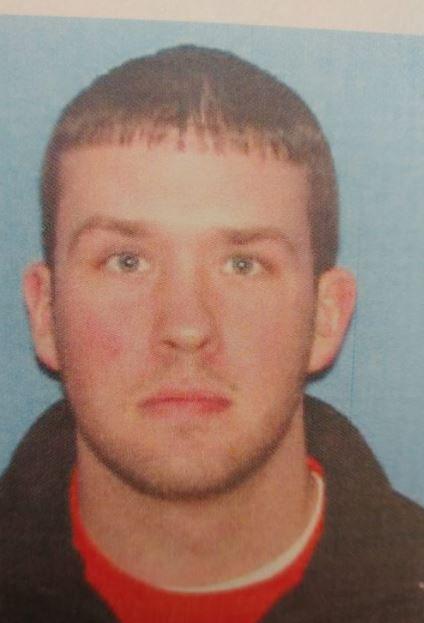 On July 8, 2018, Worthington and another man broke into the residence of
Curtis Pike in Terre Haute. The two intruders were armed. They pointed their
firearms at Pike, battered him, tied him to a chair, and cut the line to Pike’s
oxygen tank. Worthington and the other man then stole $1,200, two debit
cards, some jewelry, and Pike’s oxygen tank.
[3] Terre Haute Police Department officers responded to a panic alarm at Pike’s
residence. When they arrived, officers observed Pike “bleeding from the back
of the head.” Appellant’s App. Vol. 2 at 16. He also “was having [a] hard time
breathing” and “needed oxygen.” Id. Later, Pike identified Worthington’s
confederate as Jon Marshall, Pike’s former stepson.
[4] The State charged Worthington with attempted murder, as a Level 1 felony;
robbery, as a Level 2 felony; criminal confinement, as a Level 3 felony; battery,
as a Level 5 felony; and pointing a firearm, as a Level 6 felony. Worthington
agreed to plead guilty to robbery, as a Level 2 felony. In exchange, the State
agreed to dismiss the remaining counts. The plea agreement left sentencing
Court of Appeals of Indiana | Memorandum Decision 19A-CR-1357 | October 30, 2019 Page 3 of 7

open to the trial court.1 The trial court accepted Worthington’s plea agreement
and entered its judgment of conviction against him for robbery, as a Level 2
felony.
[5] Following a hearing, the court sentenced Worthington as follows:
The following aggravating factors are established: the harm suffered by the victim is significant and greater than the elements necessary to prove [the] crime; defendant has a serious criminal history, including multiple violent felonies and multiple failures on probation; the victim was . . . seventy-three . . . years old; and the victim was physically infirm. The nature and circumstances of this planned, heinous attack on an elderly, infirm[] veteran[,] which left him bloodied, without oxygen[,] and terrified for hours as he tried to free himself[] also aggravate the sentence in this matter.
The court gives some mitigating weight to defendant’s history of mental health issues, but no mitigating weight to his substance abuse issues as he has been given numerous opportunities to address the same[] but apparently has failed—his statements about his substance use are inconsistent. Defendant received a significant benefit from the dismissal of the other charges herein in exchange for his guilty plea. And, while he accepted responsibility by pleading guilty, his statement not only failed to demonstrate remorse or contrition for the victim, it was replete with attempts to minimize his own culpability.
On balance, the court finds an aggravated sentence is necessary and appropriate. The defendant is sentenced to [the] Indiana

1 The agreement purported to cap the executed term of Worthington’s imprisonment at thirty years, which is the maximum term for imprisonment for a Level 2 felony. As such, that provision was of no consequence.
Court of Appeals of Indiana | Memorandum Decision 19A-CR-1357 | October 30, 2019 Page 4 of 7

Department of Correction for an executed term of . . . twenty-five (25) years. When defendant has served fifteen (15) years, he may ask the court to consider a modification. The court recommends all appropriate substance abuse and mental health counseling.
Id. at 90-91. This appeal ensued.
Discussion and Decision
[6] Worthington asserts that his sentence is inappropriate under Indiana Appellate
Rule 7(B). Indiana Appellate Rule 7(B) provides that “[t]he Court may revise a
sentence authorized by statute if, after due consideration of the trial court’s
decision, the Court finds that the sentence is inappropriate in light of the nature
of the offense and the character of the offender.” This Court has often
recognized that “[t]he advisory sentence is the starting point the legislature has
selected as an appropriate sentence for the crime committed.” Sanders v. State,
71 N.E.3d 839, 844 (Ind. Ct. App. 2017). And the Indiana Supreme Court has
explained that “[t]he principal role of appellate review should be to attempt to
leaven the outliers . . . but not achieve a perceived ‘correct’ result in each case.
Defendant has the burden to persuade us that the sentence imposed by the trial
court is inappropriate.” Shoun v. State, 67 N.E.3d 635, 642 (Ind. 2017)
(citations omitted; omission in original).
[7] Indiana’s flexible sentencing scheme allows trial courts to tailor an appropriate
sentence to the circumstances presented, and the trial court’s judgment “should
receive considerable deference.” Cardwell v. State, 895 N.E.2d 1219, 1222 (Ind.
2008). Whether we regard a sentence as inappropriate at the end of the day
Court of Appeals of Indiana | Memorandum Decision 19A-CR-1357 | October 30, 2019 Page 5 of 7

turns on “our sense of the culpability of the defendant, the severity of the crime,
the damage done to others, and myriad other facts that come to light in a given
case.” Id. at 1224. The question is not whether another sentence is more
appropriate, but rather whether the sentence imposed is inappropriate. King v.
State, 894 N.E.2d 265, 268 (Ind. Ct. App. 2008). Deference to the trial court
“prevail[s] unless overcome by compelling evidence portraying in a positive
light the nature of the offense (such as accompanied by restraint, regard, and
lack of brutality) and the defendant’s character (such as substantial virtuous
traits or persistent examples of good character).” Stephenson v. State, 29 N.E.3d
111, 122 (Ind. 2015).
[8] Pursuant to Indiana Code Section 35-50-2-4.5 (2019), a person who commits a
Level 2 felony “shall be imprisoned for a fixed term of between ten (10) and
thirty (30) years, with the advisory sentence being seventeen and one-half (17
1/2) years.” Again, Worthington’s plea agreement left sentencing under that
statute open to the trial court, and the court imposed a twenty-five-year
executed sentence.
[9] Worthington asserts that his sentence is inappropriate in light of the nature of
the offense because, while the offense was “egregious,” Marshall, not
Worthington, was the one who “cut[] the victim’s oxygen line and t[ook] his
tank.” Appellant’s Br. at 8. Worthington further asserts that his sentence is
inappropriate in light of his character because he “accepted responsibility for his
actions by pleading guilty”; he “suffers from two serious mental health
disorders,” namely, “depression and anxiety”; he has “struggled with both
Court of Appeals of Indiana | Memorandum Decision 19A-CR-1357 | October 30, 2019 Page 6 of 7

alcohol and drug addiction”; and “[m]uch of his prior criminal history can be
attributed to this struggle.” Id. at 8-9. Worthington also asserts that he
“recognized the suffering he had caused” and “believed that he should receive
an aggravated sentence.” Id. at 9.
[10] But we cannot say that his twenty-five-year sentence is inappropriate. The
nature of the offense was serious—Worthington participated in a violent
robbery of an infirm, elderly veteran, whom Worthington struck viciously over
the head and helped confine to a chair. While Worthington might not
personally have cut his victim’s oxygen line or taken the oxygen tank, nothing
about the record on appeal presents “compelling evidence portraying in a
positive light the nature of the offense (such as accompanied by restraint,
regard, and lack of brutality).” Stephenson, 29 N.E.3d at 122.
[11] Further, the record amply reflects Worthington’s poor character. He has at
least five prior felony convictions, four of which were for burglary, and he has
had several probation violations. He received a substantial benefit from his plea
agreement here when the State agreed to dismiss all other counts, which
included a charge of attempted murder. And the trial court acknowledged and
accounted for Worthington’s alleged mental health issues, substance abuse, and
assertions of remorse when it tailored its sentence to him. We cannot say that
Worthington’s twenty-five-year sentence, which includes an opportunity to seek
a modification after fifteen years, is inappropriate in light of the nature of the
offense or Worthington’s character.

Outcome: We affirm his sentence.