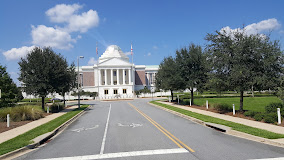 This is an appeal from a final summary judgment in which the circuit court ruled that the City did not violate the Sunshine Law in its process of eliminating some applicants for a vacant commission seat, and that regardless of any asserted violation, the City’s later meeting eliminated any purported taint from the earlier process by conducting a full and open public meeting to fill the vacancy. As the court found: On December 31, 2018, the Tallahassee City Commission held a public meeting to consider the appointment to fill the temporary vacancy on the City Commission. There was more than an hour of public comment and 30 public speakers. At the meeting, nine
2

candidates (seeking to fill the vacancy) made presentations and responded to questions from commissioners. . . . [T]here was no limit on the number of speakers or the topics on which they could speak. The Commission engaged in full discussion of the appointment and there were rounds of nominations before a candidate was selected for appointment. Based on those findings, we agree with the circuit court that “the December 31, 2018 meeting was not [a] perfunctory or ceremonial acceptance of a prior decision made outside the Sunshine.” Accordingly, as the court concluded, any purported violation “was cured by the full, open and fair consideration of the appointment at the December 31, 2018 meeting.” See Sarasota Citizens for Responsible Gov’t v. City of Sarasota, 48 So. 3d 755, 765 (Fla. 2010) (“In Tolar [v. Sch. Bd. of Liberty Cty.], 398 So. 2d [427,] 429 [(Fla. 1981)], this Court held that Sunshine Law violations can be cured by ‘independent, final action in the sunshine,’ which this Court distinguished from mere ceremonial acceptance or perfunctory ratification of secret actions and decisions.”). Finch v. Seminole Cty. Sch. Bd., 995 So. 2d 1068, 1073 (Fla. 5th DCA 2008) (concluding that the Sunshine Law violation “was cured by the subsequent public hearings at which the rezoning plan was adopted,” for “[a] violation may be cured by an independent final action taken in the sunshine that is ‘not merely a ceremonial acceptance of secret actions and not merely a perfunctory ratification of secret decisions at a later meeting open to the public’ [but is, instead,] a full, open and independent public hearing of the disputed issue[, which] can remedy the earlier violation” (quoting Tolar, 398 So. 2d at 429)); Bruckner v. City of Dania Beach, 823 So. 2d 167, 171 (Fla. 4th DCA 2002) (observing that the public meeting “held pursuant to duly published notices” and “subject to comments by the public” satisfied Tolar so that “[e]ven if there was a violation, Sunshine Law violations can be cured by independent, final action completely in the Sunshine”); see also Jackson-Shaw Co. v. Jacksonville Aviation Auth., 510 F. Supp. 2d 691, 724 n.31 (M.D. Fla. 2007) (recognizing, on the weight of Tolar, that “[a] full and open hearing, with final action completely in the Sunshine, will cure any defect arising from a Sunshine Law violation”).