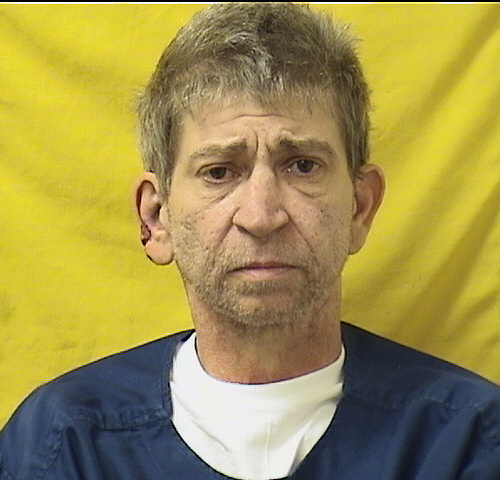 On May 2, 2016, the Meigs County Grand Jury returned a three
count indictment against Danny R. Morgan, Sr., (hereinafter ôAppellantö).
Count One was attempted murder, a violation of
R.C. 2923.02(A)/2903.03(A); Count Two was felonious assault, a violation
of R.C.2903.11(A)(1); and Count Three was felonious assault by means of a
deadly weapon, a violation of R.C. 2903.11(A)(2). The indictment, Case
No. 16CR048, stemmed from events which occurred on March 19, 2016.
{Â3} Appellant had been residing for several days with Danny
Walker, a long-time acquaintance. On March 18, 2016, Appellant and
Walker had spent part of the day drinking heavily at Walkerĺs home. In the
early morning hours of March 19th, Appellant made three 911 phone calls.
First, Appellant called 911 stating that Walker had just admitted to him that
he raped him a couple of months prior. The 911 dispatcher, Twila Childs,
dismissed Appellant as a non-emergent, confused and intoxicated caller.
Appellant was advised to ôsleep it offö and call the next day if necessary.1
1 Childs testified when Appellant first called to report the rape, she was initially confused about the nature of his call because of his slurred speech and because he had previously called several times on the evening of March 18th to report some type of dispute with his daughter.
Meigs App. No. 18CA13 3
{Â4} During a second call, Appellant again reported an alleged rape
and stated, ôI bet youĺd come if I killed a guy.ö At that point, Childs
immediately dispatched officers to the residence. Appellant called a third
time stating, ôthe manĺs dead nowůI killed him.ö
{Â5} Deputy Jeff Perry of the Meigs County Sheriffĺs Department
testified that upon receiving the dispatch, he responded to the scene. Deputy
Joshua Ridenour also responded. When the officers started to enter the
residence, Appellant came outside covered in blood, saying ôI think I killed
him.ö
{Â6} Appellant was taken into custody and transported to the Meigs
County Jail on March 19, 2016. On March 21, 2016, a criminal complaint
charging felonious assault under R.C. 2903.11(A)(2) was filed. Appellant
was arraigned and entered a not guilty plea in the Meigs County Court.
Bond was set at $25,000, 10% cash permitted. Appellant was assigned a
preliminary hearing date of March 24th.
{Â7} On March 24th, Appellantĺs charge was bound over to the grand
jury. The Meigs County Clerk of Courtĺs website shows that Appellantĺs
Meigs App. No. 18CA13 4
felonious assault charge was assigned Case No. 16CR046.2 The clerkĺs
website also shows that Appellant posted a surety bond on April 15, 2016.
(Â8} Appellant was subsequently indicted on the three aforementioned
counts on May 2, 2016. The prosecutor requested an arrest warrant.
Testimony in the record indicates there were several unsuccessful attempts
to locate Appellant and serve the warrant.
{Â9} On September 22, 2016, the trial court ordered that Case Nos.
16CR046 and 16CR048 should be joined and all further pleadings filed
under Case No. 16CR048. On November 1, 2016, the court noted that the
May 2, 2016 warrant had not been served. The trial court continued the case
ôoff the docketö until ôsuch time as the Sheriff serves the warrant and brings
the Defendant before the Court.ö
{Â10} Eventually Appellant was brought before the Meigs County
Common Pleas Court and arraigned on March 27, 2017. The arraignment
entry contains an additional note: ôPrior bond posted in county court by A-1
Surety. Def. Counsel suggests bond still good [indecipherable] Ct will get
clarification.ö On that date, Appellantĺs surety bond was continued.
We take judicial notice of the information contained on the Meigs County Court and the Meigs County Common Pleas Clerk of Courtĺs websites. State v. Rutherford, 4th Dist. Pike No. 17CA883, 2017-Ohio2638, at Fn.4; In re Elfrich, 5th Dist. Licking No. 13CA20, 2014-Ohio-1933, at Â35 (See, e.g., State ex rel. Everhart v. McIntosh, 115 Ohio St.3d 195, 2007ľOhioľ4798, 974 N.E.2d 516, Â8, 10 (court can take judicial notice of judicial opinions and public records accessible from the internet).
Meigs App. No. 18CA13 5
{Â11} On April 13, 2017, Appellant filed a motion to dismiss
asserting that his right to constitutional speedy trial had been violated. The
State filed a response asserting that any delay in bringing Appellant to trial
was caused by Appellantĺs own actions in evading service of the indictment.
On May 30, 2017, the trial court denied the motion.
{Â12} Appellant eventually proceeded to a jury trial commencing in
March 2018. On March 28, 2018, the trial courtĺs judgment entry was
journalized. Appellant was convicted on all three counts. As to Count One,
attempted murder, a felony of the first degree, Appellant was sentenced to a
maximum prison term of 11 years. The court found that Counts Two and
Three merged for purposes of sentencing.
{Â13} This timely appeal followed. Where pertinent, additional facts
are set forth below.
ASSIGNMENTS OF ERROR
ôI. THE TRIAL COURT ERRED BY FAIILNG TO GRANT DANNY MORGANĺS MOTION TO DISMISS HIS CASE FOR LACK OF A SPEEDY TRIAL UNDER R.C. 2945.71 AND R.C.2945.73.ö

ôII. MR. MORGANĺS SENTENCE IS BOTH UNSUPPORTED BY COMPETENT, CREDIBLE EVIDENCE IN THE RECORD AND CONTRARY TO LAW.ö

Meigs App. No. 18CA13 16
This testimony demonstrates that Appellant was well aware of the
indictment and the additional counts, which included attempted
murder. Thereafter, Appellant made no efforts to surrender to
authorities. Appellant was not in fact located until March 2017.
{Â33} Based on this record, we find competent credible evidence
supports the trial courtĺs finding that speedy trial time was extended and
necessitated by Appellantĺs efforts to evade arrest. As such, we find no
merit to Appellantĺs argument that his statutory speedy trial rights were
violated. Accordingly, the first assignment of error is hereby overruled.
ASSIGNMENT OF ERROR TWO - MAXIMUM SENTENCE

A. STANDARD OF REVIEW

{Â34} Appellant was sentenced to eleven (11) years, the maximum
allowable sentence for Count One, attempted murder. In the second
assignment of error, Appellant argues his sentence is both unsupported by
competent, credible evidence in the record, and is contrary to law. Appellate
courts review felony sentences under the standard set forth in R.C.
2953.08(G)(2). State v. Shankland, 4th Dist. Washington No. 2019-Ohio
404, at Â18; State v. Marcum, 146 Ohio St.3d 516, 2016-Ohio-1002, 59
N.E.3d 1231, Â1. Under R.C. 2953.08(G)(2) an ôappellate court may vacate
or modify a felony sentence on appeal only if it determines by clear and
Meigs App. No. 18CA13 17
convincing evidence that the record does not support the trial court's
findings under relevant statutes or that the sentence is otherwise contrary to
law.ö Id. A sentencing court must consider the purposes and principles of
sentencing in accordance with R.C. 2929.11; the seriousness and recidivism
factors set forth in R.C. 2929.12; and the appropriate consecutive sentence
requirements enumerated in R.C. 2929.14(C)(4).4
{Â35} Although R.C. 2953.08(G)(2)(a) does not mention R.C.
2929.11 and 2929.12, the Supreme Court of Ohio has determined that the
same standard of review applies to those statutes. State v. Yost, 4th Dist.
Meigs No. 17CA10, 2018-Ohio-2719, at Â11; Marcum at Â23 (although
ôsome sentences do not require the findings that R.C. 2953.08(G)[2][a]
specifically addresses[,] * * * it is fully consistent for appellate courts to
review those sentences that are imposed solely after consideration of the
factors in R.C. 2929.11 and 2929.12 under a standard that is equally
deferential to the sentencing courtö); State v. Butcher, 4th Dist. Athens No.
15CA33, 2017-Ohio-1544, Â 84. Consequently, ôan appellate court may
vacate or modify any sentence that is not clearly and convincingly contrary
to law only if the appellate court finds by clear and convincing evidence that
the record does not support the sentence.ö Marcum at Â 23; Butcher at Â 84.
4 In this case, the consecutive sentence requirements are not at issue.
Meigs App. No. 18CA13 18
{Â36} R.C. 2929.11 provides:
(A) A court that sentences an offender for a felony shall be guided by the overriding purposes of felony sentencing. The overriding purposes of felony sentencing are to protect the public from future crime by the offender and others, to punish the offender, and to promote the effective rehabilitation of the offender using the minimum sanctions that the court determines accomplish those purposes without imposing an unnecessary burden on state or local government resources. To achieve those purposes, the sentencing court shall consider the need for incapacitating the offender, deterring the offender and others from future crime, rehabilitating the offender, and making restitution to the victim of the offense, the public, or both.

(B) A sentence imposed for a felony shall be reasonably calculated to achieve the three overriding purposes of felony sentencing set forth in division (A) of this section, commensurate with and not demeaning to the seriousness of the offender's conduct and its impact upon the victim, and consistent with sentences imposed for similar crimes committed by similar offenders.

(C) A court that imposes a sentence upon an offender for a felony shall not base the sentence upon the race, ethnic background, gender, or religion of the offender.