STATE OF OHIO vs. APRIL SCHROEDER 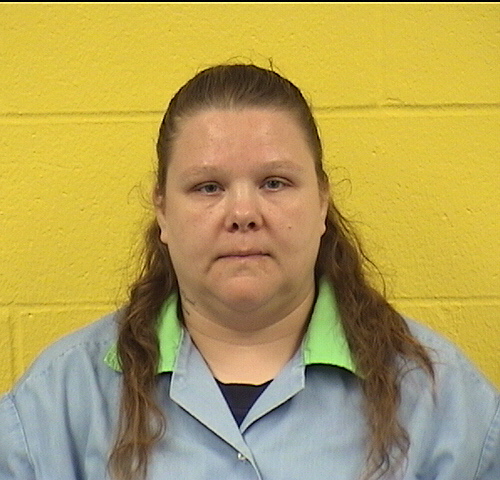 II. ôTHE EVIDENCE WAS INSUFFICIENT AS A MATTER OF LAW AND/OR AGAINST THE MANIFEST WEIGHT OF THE EVIDENCE TO SUSTAIN APPELLANTĺS CONVICTIONS.ö

III. ôTHE TRIAL COURT ERRED TO THE PREJUDICE OF APPELLANT BY ALLOWING THE STATE OF OHIO TO PLAY THE CHILDĺS INTERVIEW FROM THE MAYERSON CENTER IN ITS ENTIRETY.ö

IV. ôTHE TRIAL COURT ERRED TO THE PREJUDICE OF APPELLANT BY FAILING TO MERGE ALLIED OFFENSES OF SIMILAR IMPORT AT THE TIME OF SENTENCING.ö

V. ôTHE TRIAL COURT ERRED TO THE PREJUDICE OF APPELLANT BY IMPROPERLY SENTENCING HER TO CONSECUTIVE PRISON TERMS.ö

VI. ôTHE TRIAL COURT ERRED BY INCLUDING IN THE SENTENCING ENTRY THAT APPELLANT SHALL BE RESERVED FOR DENIAL FOR TRANSITIONAL CONTROL, IPP AND SHALL BE DENIED FOR THE PROGRAM FOR COMMUNITY BASED SUBSTANCE USE DISORDER TREATMENT.ö

VII. ôTHE TRIAL COURT ERRED TO THE PREJUDICE OF APPELLANTĺS SIXTH AMENDMENT RIGHTS BY ENTERING JUDGMENT OF CONVICTION AFTER A TRIAL AT WHICH APPELLANT RECEIVED INEFFECTIVE ASSISTANCE OF COUNSEL FOR HER DEFENSE.ö


ASSIGNMENT OF ERROR I- THE RAPE SHIELD STATUTE

{Â19} ôA trial court has broad discretion in the admission or
Adams App. No. 18CA1077 9
exclusion of evidence, and so long as such discretion is exercised in line
with the rules of procedure and evidence, its judgment will not be reversed
absent a clear showing of an abuse of discretion with attendant material
prejudice to defendant.ö State v. Lamb, 2018-Ohio-1405, 110 N.E.3d 564,
(4th Dist.), at Â 27, quoting State v. Richardson, 4th Dist. Scioto No.
14CA3671, 2015-Ohio-4708, at Â 62; quoting State v. Green, 184 Ohio
App.3d 406, 2009-Ohio-5199, 921 N.E.2d 276, Â 14 (4th Dist.). Absent an
abuse of discretion, an appellate court will not disturb a trial court's ruling
regarding the admissibility of evidence. State v. Linkous, 4th Dist. Scioto
No. 12CA3517, 2013-Ohio-5853, at Â 22; citing State v. Martin, 19 Ohio
St.3d 122, 129, 483 N.E.2d 1157 (1985). To constitute an abuse of
discretion, the trial court's decision must be unreasonable, arbitrary, or
unconscionable. State v. Adams, 62 Ohio St.2d 151, 157, 404 N.E.2d 144
(1980). We review the trial court's rape shield rulings under R.C.
2907.02(D) for an abuse of discretion. State v. Minton, 2016-Ohio-5427, 69
N.E. 3d 1108, at Â 19; State v. Nguyen, 4th Dist. Athens No. 12CA14, 2013
Ohio-3170, at Â 44.
LEGAL ANALYSIS
{Â20} Appellant was indicted and convicted of one count of rape,
R.C. 2907.02. Appellant argues that the trial court erred by not allowing
Adams App. No. 18CA1077 10
Appellantĺs counsel to question M.S. at trial about her having been
diagnosed with chlamydia. Appellant sought to introduce evidence that
M.S. suffered from chlamydia but that Appellant did not have chlamydia as
material evidence that Appellant did not engage in sexual activity with M.S.
as alleged in the indictment.
{Â21} The record reveals that Appellant, through counsel, filed a
pretrial request for hearing pursuant to R.C. 2907.02(E) regarding the
admissibility of evidence pertaining to M.S.ĺs diagnosis of chlamydia.2
Appellantĺs memorandum in support of the request explicitly stated:
Information received from the Stateĺs initial Compliance with Discovery
indicates that M.S. disclosed alleged sexual activity in early December 2015.
As a result of her disclosure, she was subsequently tested for sexually
transmitted diseases in February 2016. At that time, the alleged victim
tested positive for chlamydia. Defendant, April Schroeder, and Co
Defendant, Michael Lykins, were then tested for chlamydia because of the
allegations and those tests were negative according to medical records
provided by the State of Ohio. The State of Ohio also subpoenaed and
2 R.C. 2907.02(E) provides: ôPrior to taking testimony or receiving evidence of any sexual activity of the victim or the defendant in a proceeding under this section, the court shall resolve the admissibility of the proposed evidence in a hearing in chambers, which shall be held at or before preliminary hearing and not less than three days before trial, or for good cause shown during the trial.ö The request was also brought on behalf of co-defendant Michael Lykins.

{Â36} For ease of analysis, we next consider Appellantĺs third
Adams App. No. 18CA1077 19
assignment of error. Appellant argues that his right of confrontation was
violated when the State of Ohio was permitted to play the entire interview of
M.S., which was conducted at the Mayerson Center. Appellant points to
inconsistencies between M.S.ĺs statements in the Mayerson interview and in
her trial testimony. Appellant also argues the out-of-court statements in the
interview were not made for purposes of medical diagnosis and treatment
due to a year-long delay in reporting the abuse. Thus, Appellant asserts that
the statements M.S. gave in the interview were also inadmissible hearsay, as
well as violative of his confrontation clause rights. For the reasons which
follow, we find no merit to Appellantĺs assignment of error.
STANDARD OF REVIEW

Adams App. No. 18CA1077 31
ASSIGNMENT OF ERROR II- SUFFICIENCY AND/OR MANIFEST WEIGHT OF THE EVIDENCE

{Â99} Under R.C. 2929.14(C)(4), a trial court must engage in a three
step analysis and make certain findings before imposing consecutive
sentences. State v. Carter, 4th Dist. Pickaway No. 18CA1, 2018-Ohio-4503,
at Â 34; State v. Bever, 4th Dist. Washington No. 13CA21, 2014ľOhioľ600,
Â 16; State v. Clay, 4th Dist. Lawrence No. 11CA23, 2013ľOhioľ4649, Â 64;
State v. Howze, 10th Dist. Franklin Nos. 13APľ386, 13APľ387, 2013ľ
Ohioľ4800, Â 18. Specifically, the trial court must find that:
(1) the consecutive service is necessary to protect the
public from future crime or to punish the offender;
(2) consecutive sentences are not disproportionate to the
seriousness of the offender's conduct and to the danger the
offender poses to the public; and one of the following:
(a) The offender committed one or more of the multiple offenses
while the offender was awaiting trial or sentencing, was
Adams App. No. 18CA1077 54
under a sanction imposed pursuant to section 2929.16, 2929.17,
or 2929.18 of the Revised Code, or was under post-release
control for a prior offense.
(b) At least two of the multiple offenses were committed as
part of one or more courses of conduct, and the harm
caused by two or more of the multiple offenses so
committed was so great or unusual that no single prison
term for any of the offenses committed as part of any of the
courses of conduct adequately reflects the seriousness
of the offender's conduct.
(c) The offender's history of criminal conduct demonstrates
that consecutive sentences are necessary to protect the
public from future crime by the offender.
See Carter, supra, at Â 24.
{Â100} Appellant argues that the trial court did not make the
appropriate findings in the sentencing entry as required. Appellant concedes
that the necessary findings were made in open court on record. However,
the sentencing entry did not incorporate these findings for consecutive
sentences. When imposing consecutive sentences, a trial court must state the
Adams App. No. 18CA1077 55
required findings as part of the sentencing hearing, and by doing so it affords
notice to the offender and to defense counsel. See Crim.R. 32(A)(4).
{Â101} Because a court speaks through it journal, State v. Brooks, 113
Ohio St.3d 199, 2007ľOhioľ1533, 863 N.E.2d 1024, Â 47, the court should
also incorporate its statutory findings in the sentencing entry. State v.
Bonnell, 140 Ohio St.3d 209, 2014ľOhioľ3177, 16 N.E.3d 659, at Â 29;
Carter, supra, at Â 35; State v. Hart, 4th Dist. Athens No. 13CA8, 2014 WL
3733, at Â 38. The findings required by the statute must be separate and
distinct findings; in addition to any findings relating to the purposes and
goals of criminal sentencing. Bever, supra, at Â 17; State v. Nia, 8th Dist.
Cuyahoga No. 99387, 2013-Ohio-54424, at Â 22. Here, Appellant requests
that the court modify her sentences to a concurrent 11-year sentence in the
Ohio Department of Corrections. Appellant suggests in the alternative that
the matter be remanded to the trial court for a new sentencing hearing.
{Â102} Appellee concedes that the trial court stated on the record at
the sentencing hearings the required findings for Appellantĺs consecutive
sentence but did not incorporate those findings in the sentencing entry.
However, Appellee disagrees with Appellantĺs assertion that the imposition
of the consecutive sentence was invalid and requires automatic modification
to a concurrent sentence or remand to the trial court. Given that the trial
Adams App. No. 18CA1077 56
court made all of the necessary findings on the record before imposing
consecutive sentences, we view the failure to incorporate the statutory
findings into the sentencing entry as a simple clerical mistake. In State v.
Moore, 4th Dist. Adams No. 18CA1070, 2019-Ohio-1467, we observed at
Â 20, ô[S]uch a clerical mistake may be corrected by the court through a
nunc pro tunc entry to reflect what actually occurred in open court.ö State v.
Bonnell, 140 Ohio St.3d 209, 2014-Ohio-3177, 16 N.E.3d 659, Â 30.
{Â103} Because the consecutive sentence was clearly imposed on the
record and in Appellantĺs presence, it appears that we need not vacate nor
remand the trial courtĺs judgment. Therefore, we overrule Appellantĺs fifth
assignment of error and affirm the judgment of the trial court. Rather,
pursuant to App.R. 9(E), we instruct the trial court to issue a nunc pro tunc
sentencing entry that includes the required findings so as to accurately
reflect the sentence imposed on the record during the sentencing hearing.
State v. Scoggins, 4th Dist. Scioto No. 16CA3767, 2018-Ohio-8989, at
Â 109.
ASSIGNMENT OF ERROR VI- SENTENCING ENTRY

{Â104} The standard of review for felony sentences has been set forth
fully above.
Adams App. No. 18CA1077 57
LEGAL ANALYSIS

A. STANDARD OF REVIEW

Outcome: We find no merit to Appellantĺs seven assignments of error.
Accordingly, we affirm the judgment of the trial court. However, having
noticed a clerical error called to our attention in consideration of Appellantĺs
fifth assignment of error, the judgment of the trial court is affirmed with
instructions to correct the clerical error regarding the consecutive sentence
that was imposed during the sentencing hearing but omitted from the
sentencing entry.