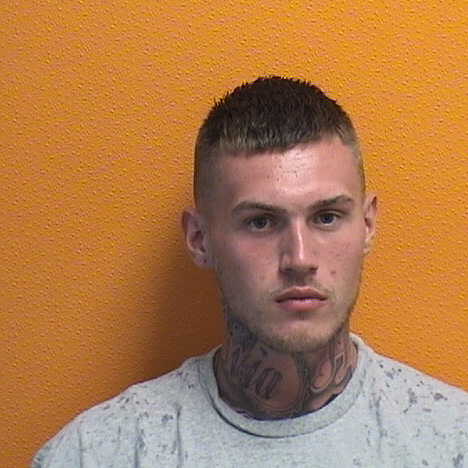 Mr. Conley pled guilty to two counts of improperly discharging a firearm at or
into a habitation or school safety zone, felonies of the second degree, one count of menacing by
stalking, a felony of the fourth degree, one count of receiving stolen property, a felony of the
fourth degree, and one count of aggravated menacing, a misdemeanor of the first degree. The
felonies were all accompanied by firearm specifications. The trial court sentenced him to an
aggregate total prison term of five years.
{¶3} Mr. Conley moved this Court for leave to file a delayed appeal, which was
granted. He now appeals from the trial court’s judgment and raises two assignments of error for
our review.
2


{¶4} Because Mr. Conley’s assignments of error are related, we will consolidate them
and address them together.
II.
ASSIGNMENT OF ERROR ONE
APPELLANT SUFFERED A DEPRIVATION OF HIS CONSTITUTIONAL RIGHTS BECAUSE THE TRIAL COURT ACCEPTED THE FELONY GUILTY PLEAS BEFORE EXPLAINING THE CONSTITUTIONAL RIGHTS BEING SURRENDERED IN VIOLATION OF CRIMINAL RULE 11.

ASSIGNMENT OF ERROR TWO
THE FELONY PLEAS MUST BE VACATED BECAUSE THE TRIAL COURT FAILED TO STRICTLY COMPLY WITH OHIO CRIMINAL RULE 11(C)(2) BEFORE ASKING CONLEY IF HE WISHED TO PLEAD GUILTY AND TO SURRENDER HIS CONSTITUTIONAL RIGHTS.

{¶5} In his first assignment of error, Mr. Conley argues that the trial court erred when
it accepted his guilty pleas before informing him of the constitutional rights he waived by
pleading guilty. In his second assignment of error, he argues that the trial court erred when it
failed to strictly comply with Crim.R. 11 by not explaining his constitutional rights before he
entered his guilty pleas. We disagree with both propositions.
{¶6} We first note that Mr. Conley appears to misinterpret throughout the body of his
merit brief the requirements set forth in Crim.R. 11. Under his first assignment of error, he
claims the trial court erroneously “appeared to accept” his guilty pleas prior to advising him of
his rights. “Crim.R. 11(C) prohibits a trial judge from accepting a guilty plea without first
ensuring that the defendant is fully informed regarding his rights and that he understands the
consequences of his plea.” (Emphasis added.) State v. Farnsworth, 9th Dist. Medina No.
15CA0038-M, 2016-Ohio-7919, ¶ 4. See also State v. Veney, 120 Ohio St.3d 176, 2008-Ohio
5200, ¶ 13. The rule does not prohibit trial courts from “appearing to accept” guilty pleas prior
3


nonconstitutional requirements of Crim.R. 11(C)(2)(a). See id. at ¶ 22. The trial court had
improperly informed Mr. Rand at his plea hearing and erroneously sentenced him to a
nonmandatory prison term, then later amended its judgment entry to reflect that the sentence was
actually mandatory. See id. at ¶ 2-3. Therefore, Rand is neither persuasive to us in the instant
matter, nor relevant to Mr. Conley’s appeal. Mr. Conley also broadly cites to an Eleventh
District case for the same proposition, yet that case does not support his argument and instead
cites to the Ballard holding, whereby “a defendant must be ‘informed in a reasonable manner at
the time of entering his guilty plea of his [constitutional] rights * * *.’” (Emphasis added.) State
v. Gensert, 11th Dist. Trumbull No. 2015-T-0084, 2016-Ohio-1163, ¶ 8, quoting Ballard at 478.
{¶8} Regardless, a review of the record here reveals that the trial courtin a reasonable
manner at the time of entering the guilty plea, and prior to actually accepting the guilty
pleasproperly advised Mr. Conley of the constitutional rights he would be waiving by pleading
guilty. The trial court engaged him in an extensive Crim.R. 11 plea colloquy, explaining each
charge to Mr. Conley and asking how he wished to plead to each one. Mr. Conley pled guilty to
each charge individually. We discern nothing from the record that demonstrates the court, at that
point, then accepted Mr. Conley’s guilty pleas prior to advising him of his constitutional rights.
The court, instead, continued its Crim.R. 11 plea colloquy with Mr. Conley, which included the
following discussion regarding the constitutional rights he would be waiving by pleading guilty:
THE COURT: Do you understand when you plead guilty, like you are doing now, you are waiving certain constitutional rights that you have?

THE COURT: Do you understand you are waiving your right to a trial by [a] jury of twelve people?


THE COURT: Do you understand you are waiving your right to make the State prove your guilt beyond a reasonable doubt to all twelve of those people?

THE COURT: Do you understand you are waiving your right to have your lawyer cross-examine any witness that testifies against you at trial?

THE COURT: Do you understand you are waiving your right to issue subpoenas to force witnesses to show up on your behalf at trial?

THE COURT: Do you understand you are waiving the right you have to remain silent throughout your trial and that means that no one can force [you to] take the witness stand and testify; furthermore, if you decide you are going to remain silent, the State can’t use your silence against you? Okay?

THE COURT: All right. Do you have any questions for me on your plea here today?

THE DEFENDANT: No, Your Honor.

THE COURT: All right. Based on all of the information that I have explained to you, is it still your desire to have the [c]ourt accept your guilty plea?

Only then did the trial court actually accept Mr. Conley’s guilty pleas:
THE COURT: All right. Let the record reflect the defendant was here with counsel in open court. He was informed of all constitutional rights and has made a knowing, intelligent and voluntary waiver of those rights. I also find he does understand the nature of the charges against him, the effect of his plea, as well as the maximum penalty that could be given. Finding it to be voluntary[,] the [c]ourt accepts the defendant’s plea and finds him guilty of the indictment.

(Emphasis added.). The court then set the matter for sentencing at a later date.
{¶9} After reviewing the record, we determine that the trial court strictly complied with
its obligations under Crim.R. 11(C)(2)(c). The court did not err when it properly explained the
6


constitutional rights Mr. Conley would be waiving by pleading guilty in a reasonable manner at
the time the plea was entered and prior to accepting the pleas.
{¶10} Mr. Conley’s first and second assignments of error are overruled.

Outcome: Mr. Conley’s first and second assignments of error are both overruled. The
judgment of the Lorain County Court of Common Pleas is affirmed.