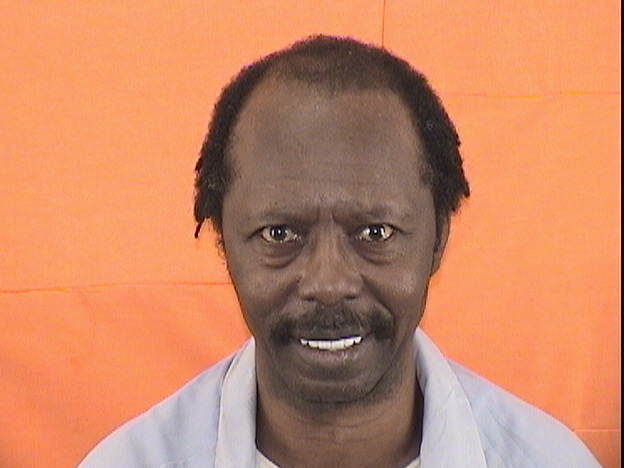 D.B. is Brown’s daughter, though he had little involvement in her life for many
years. Once she became a preteen and teenager, Brown spent more time with her, visiting and
taking her and her half-sisters for shopping trips. He also began talking to her about “sex
lessons.” Brown repeatedly expressed his desire to teach D.B. how to engage in both oral sex
and vaginal intercourse so that she could entice and maintain the interest of a wealthy man
someday. He raised the subject whenever the two were alone together; a circumstance that
increased once she moved in with him and her half-sisters at the age of seventeen.
{¶3} About a month after D.B. moved in with Brown, he grounded her because she
spent the night elsewhere and failed to call home. Although he allowed her to go to work each
2


day, he informed her that she would have to remain grounded until she complied with the sex
lessons. D.B. then surreptitiously recorded several conversations she had with Brown, during
which he referenced the lessons. D.B. provided the recordings to the police, and the police
arrested Brown.
{¶4} A grand jury indicted Brown on one count of attempted sexual battery, one count
of attempted child endangering, and one count of domestic violence. At the conclusion of his
trial, a jury found Brown guilty of the two attempt counts, but not guilty of the domestic violence
count. The two attempt counts were then merged as allied offenses of similar import such that
the court only sentenced Brown on the attempted sexual battery count. The court imposed a
prison sentence of fourteen months and classified Brown as a tier III sexual offender.
{¶5} Brown now appeals from the trial court’s judgment and raises seven assignments
of error for our review. For ease of analysis, we consolidate several of the assignments of error.
II.
Assignment of Error I
There was insufficient evidence of attempted sexual battery to sustain a conviction in Count One.
Assignment of Error II
There was insufficient evidence of attempted child endangerment to sustain a conviction in Count Two.
{¶6} In his first and second assignments of error, Brown argues that his convictions for
attempted sexual battery and attempted child endangering are based on insufficient evidence.
We agree.
{¶7} A sufficiency challenge of a criminal conviction presents a question of law, which
we review de novo. State v. Thompkins, 78 Ohio St.3d 380, 386 (1997). “The relevant inquiry is
3


and buying her things. According to D.B., she was fourteen years old when he first began
talking to her about “sex lessons.”
{¶12} D.B. testified that Brown expressed an interest in teaching her how to have oral
sex and vaginal intercourse. When she asked him whether he only meant to explain those
concepts or meant to show her, he indicated that he meant to show her. D.B. stated that Brown
repeatedly broached the subject of the sex lessons and asked if she was ready to receive them,
always waiting until they were alone together to ask. She testified that he continued to do so on
a regular basis until she left Ohio to live with her grandparents. During that time period, Brown
only occasionally discussed the sex lessons on the phone, indicating that D.B. had “missed out
on [her] chance to learn * * *.”
{¶13} In June 2016, when D.B. would have been seventeen years old, a fight with her
grandparents prompted her to return to Ohio. In need of a place to live, she grudgingly accepted
Brown’s offer of room and board and stayed with him and her half-sisters. She testified that
Brown would drive her to work each day, would pick her up at the end of her shift, and would
sometimes meet her on her lunch breaks. Whenever they were alone, Brown would discuss the
sex lessons and ask whether D.B. was ready to learn how to have oral sex and sexual intercourse.
She testified that Brown never actually touched her during their discussions, but was serious
about the lessons. Brown emphasized that the lessons were necessary to ensure her future
success because D.B. had no other skills, came from a family of “hoes,” and would not amount
to anything more than that.
{¶14} One July evening, D.B. spent the night with a relative of whom Brown did not
approve. Because her cell phone battery had died, she did not call Brown to inform him of her
whereabouts. When she returned home the next day, Brown “started flipping out” and grounded
6


D.B. He informed her that she could continue to go to work, but otherwise had to stay in the
house. She also would not be allowed to see her friends or other family members. According to
D.B., Brown told her that the grounding would continue until she complied with the sex lessons.
Otherwise, he said, he could not trust her to be safe outside the house on her own.
{¶15} D.B. felt disgusted that Brown was essentially blackmailing her for sex. Though
he never touched her in a sexual manner while she lived with him, she testified that she “felt like
he would eventually try to either force [her] to take the sex lessons or just * * * [keep her]
grounded forever until [she] did it.” Moreover, the few family members that she told about the
sex lessons did not believe her. Deciding that she needed proof, D.B. used her cell phone to
record several conversations with Brown. Once she had the recordings, she shared them with her
grandmother and the police.
{¶16} The State introduced D.B.’s cell phone recordings at trial. The recordings capture
Brown speaking to D.B. about the sex lessons and confirming that they would enact the lessons
together. During one recording, D.B. can be heard asking Brown whether he meant for them to
actually have sex, and Brown can be heard responding: “Best damn punishment. It’s just a
goddamn lesson. There’s nothing to it.” D.B. can then be heard informing Brown that what he
is suggesting amounts to incest, and Brown can be heard sighing and replying: “You can look at
it how you want.” Brown then assures D.B. that he has had many girlfriends in the past and the
best lovers among them had all been taught how to have sex by their parents.
{¶17} Brown argues that his convictions are based on insufficient evidence because
mere words cannot constitute an attempt. As to attempted sexual battery, he argues that there
was no evidence he ever touched D.B. in a sexual manner. As to attempted child endangering,
he argues that “sexual conduct does not constitute torture or cruel abuse.” Because he only
7


verbally expressed his desire to engage in sexual conduct with D.B. and never committed any
overt acts in support of that desire, he argues that his convictions must be reversed.
{¶18} Having considered the evidence in a light most favorable to the prosecution, this
Court must conclude that the State failed to carry its burden of production on Brown’s attempt
convictions. See Jenks, 61 Ohio St.3d 259 at paragraph two of the syllabus. As noted, the crime
of attempt requires a defendant to have taken “a substantial step toward the commission of an
offense.” Carson, 2013-Ohio-5785, at ¶ 26. The intent to commit a crime is not enough.
Dapice, 57 Ohio App.3d at 104. Nor is “mere preparation.” Id. Instead, the defendant must
have engaged in conduct “‘strongly corroborative of [his] criminal purpose.’” Group, 98 Ohio
St.3d 248, 2002-Ohio-7247, at ¶ 95, quoting Woods, 48 Ohio St.2d 127 at paragraph one of the
syllabus. Because the State failed to set forth evidence that Brown took any substantial step
toward the commission of either of his offenses, his convictions cannot stand.
{¶19} D.B. readily admitted that Brown never touched her in a sexual manner at any
point during the indictment period. Nor was there evidence that he paired his verbal expressions
of intent with any other significant conduct, such as ordering her to remove her clothing. See,
e.g., State v. Powell, 49 Ohio St.3d 255, 261 (1990). While D.B. worried that Brown might
eventually force her to have sex, he never actually tried to do so. Moreover, we cannot agree
with the State’s contention that the grounding Brown imposed upon D.B. constituted a
substantial step in support of his attempted sexual battery conviction. The record reflects that he
grounded D.B. because she spent the entire night elsewhere and failed to call home. Even if he
indicated that she would remain grounded until she had sex with him, any purported nexus
between the grounding and any future sexual conduct that might occur was both tenuous and
speculative. At best, Brown’s insistence that D.B. would remain grounded until she was ready to
8


have sex with him amounted to a preparatory act, not a substantial step indicative of an attempt
to compel sexual conduct. See Smith, 2000 WL 110411, at *3 (pointing a knife at someone, even
when accompanied by a verbal threat, is an equivocal and preparatory act rather than an attempt
to cause physical harm for purposes of a felonious assault conviction). See also State v. Davis,
76 Ohio St.3d 107, 114-115 (1996).
{¶20} Likewise, we cannot agree that the grounding or Brown’s criticisms of D.B.
served as evidence of attempted torture or cruel abuse for purposes of attempted child
endangering. See R.C. 2919.22(B)(2). Though “torture” encompasses the infliction of mental
suffering, the suffering must be severe in nature. Brown, 2008-Ohio-2956, at ¶ 12, quoting XI
Oxford English Dictionary at 169-170. For example, the act of “reducing a child to a state of
frightened withdrawal to the point where he may become incapable of normal learning because
of repeated punishment inflicted with little or no cause * * *.” 1973 Legislative Service
Commission Note, R.C. 2919.22. The record here is devoid of any acts the nature of which
would be akin to that level of severity. Though D.B. testified that Brown’s actions and words
disgusted her and left her depressed, she continued to go to work each day, kept in contact with
her relatives, and went to the police department when she was ready to do so. Brown did not
lock her in her room, take away her cell phone, or make it impossible for her to get help. Indeed,
it appears that she left the house of her own volition to meet with her grandmother and the
police. While Brown’s behavior is despicable and depraved, this Court cannot conclude that it
“convincingly demonstrate[s] a firm purpose to commit a crime * * *.” Woods, 48 Ohio St.2d at
132. Without more, “we would be remiss in performing our duties of review if we let [his]
attempt[] * * * conviction[s] stand.” State v. Heinish, 50 Ohio St.3d 231, 239 (1990).
9


{¶21} Because the State set forth insufficient evidence to establish that Brown took any
substantial step toward the commission of either of his offenses, his first and second assignments
of error are sustained. The judgment is reversed, and the cause remanded to the trial court for it
to enter an order discharging Brown and such further orders as are consistent with this opinion.
Assignment of Error III
Count One fails to state an offense because attempted sexual battery where the object offense is a violation of R.C. 2907.03(A)(5) is not a cognizable offense in Ohio.
Assignment of Error IV
The guilty verdict in Count Two is for a first-degree misdemeanor.
Assignment of Error V
The trial court erred when it refused to give the Defendant’s proposed jury instruction on “attempt.”
Assignment of Error VI
The trial court erred when it permitted the prosecutor to tell the jury that proof beyond a reasonable doubt does not require one hundred percent certainty[.]
Assignment of Error VII
The convictions are against[]the manifest weight of the evidence.
{¶22} Given our resolution of Brown’s first and second assignments of error, his
remaining assignments of error are moot, and we decline to address them. See App.R.
12(A)(1)(c).

Outcome: Brown’s first and second assignments of error are sustained. The judgment of the
Lorain County Court of Common Pleas is reversed, and the cause is remanded for further
proceedings consistent with the foregoing opinion.