Call 888-354-4529 if you need help finding a conspiracy to defraud the United States criminal defense lawyer in Brooklyn, New York 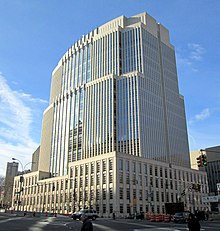 “Exploiting the P-3 non-immigrant visa classification system for culturally unique artist and entertainers makes a mockery out of the legitimate performers for whom that visa was intended,” stated Assistant Attorney General Benczkowski. “We will work hand in hand with our law enforcement partners to rid the system of fraudsters, like Mr. Atoyan and his co-conspirators, who seek to take advantage of and profit from our immigration system.”

“The Diplomatic Security Service builds strong teams overseas and in the United States to protect the integrity of all U.S. visas and travel documents -- especially those, like the P-3 visa, which allow for entertainers to visit the United States to perform in culturally unique events and deepen our understanding of different cultures,” stated DSS Director Brown. “DSS values our partnership with the U.S. Attorney’s Office and other law enforcement agencies around the world to prevent and jointly combat U.S. passport and visa fraud. Deterring, detecting and investigating U.S. passport and visa fraud is essential to safeguarding our national security.”

Between January 2013 and December 2014, Atoyan and Stella Boyadjian, the operator of BAMA, engaged in a widespread visa fraud scheme to bring foreign nationals illegally into the United States by falsely representing to the United States Citizenship and Immigration Services (USCIS) that they were members of a traditional Armenian performance group and thus qualified for P-3 visas as “culturally unique” artists or entertainers.

In furtherance of the scheme, the conspirators solicited foreign nationals and, in exchange for fees of up to $10,000, prepared and filed fraudulent P-3 visa applications. The conspirators acquired fraudulent documentation to support the applications, including fake dance certificates and staged photo sessions where the foreign nationals wore Armenian dance costumes to make it appear as though they were traditional Armenian musicians, singers and performers.

When sentenced, Atoyan faces up to 10 years’ imprisonment. Boyadjian pleaded guilty to conspiring to bring aliens unlawfully into the United States, visa fraud and aggravated identity theft in March 2019, and also awaits sentencing.