Court: United States Court of Appeals for the Third Circuit on appeal from the District of New Jersey (Essex County) 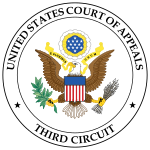 Outcome: We will vacate the denial of NJTHA’s motion for judgment on the bond and damages, and remand for the District Court to determine the amount to be collected.15