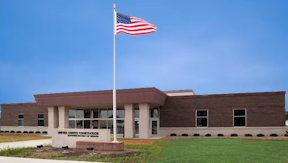 5 For the same reason, Weil and Fulk had very little success on their
individual claims. They could not recover simply because of the discrepancy
between their scheduled hours and the time clock; they could recover
only for the handful of occasions on which they could prove that they
were clocked in and actually working. That happened on only one occasion
for Weil and on four for Fulk.
6 The plaintiffs also say that Metal Technologies failed to keep accurate
records. That argument fails because the plaintiffs haven’t introduced
sufficient evidence to support it. See Anderson v. Mt. Clemens Pottery Co.,
328 U.S. 680, 686–87 (1946) (“An employee who brings suit … for unpaid
minimum wages or unpaid overtime compensation, together with liquidated
damages, has the burden of proving that he performed work for
which he was not properly compensated.”).

Outcome: We AFFIRM in part, VACATE in part, and REMAND to
the district court for proceedings consistent with this opinion.