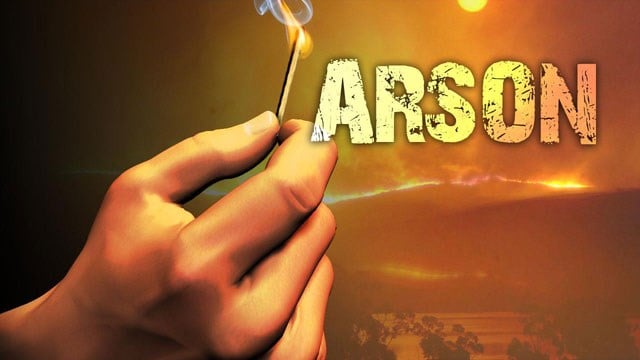 Description: On January 22, 2015, Fannie Mast (“Mast”), who lived across the street from
the building that Bryant used for her antiques business and in which Bryant
lived, was working outside her house in Waterloo, DeKalb County, Indiana,
when she saw smoke coming out of the roof area of the building belonging to
Bryant. As the smoke was coming out of the building, Mast observed Bryant
leaving the building “real fast like.” Tr. at 156. Mast saw Bryant drive away in
a van “in a hurry.” Id. Mast had lived across the street from Bryant for about
two years, and Mast believed that Bryant drove off faster than she usually did.
Id. As Bryant left, the smoke was coming out along the eaves of the building in
two different places. Mast saw flames coming from the area where the antiques
shop was located. Mast called the fire department.

[4] Volunteer firefighter Michael Long (“Long”) was the first firefighter to respond
to the scene. While at his house, which was four blocks away, Long observed
the smoke in the sky from the Bryant fire. Once at the scene, firefighters tried
to enter the building, but after concluding that there were no occupants in the
building, the firefighters decided to treat the fire defensively by fighting it from
the outside. While doing this, the wind shifted, and before Long could put his
mask on, he suffered smoke inhalation. Long’s chest pains from the smoke
inhalation got worse, and he was transported to the hospital, after the
emergency medical team noticed an irregularity in his heartbeat, and had to
spend several hours in the emergency room.
[5] Mike Vogely (“Vogely”), who worked for the State Fire Marshal’s Office,
investigated the fire to determine its origin and cause. Vogely entered the
building and went into the kitchen area, where he “picked up a hint of an
odor,” which he believed smelled like gasoline. Id. at 225. He found a red
gasoline can in a storage closet and a blue kerosene can that smelled of gasoline
near some refrigerators. Based on the evidence that there were multiple areas of
origin, but no communication2 between these points of origin, Vogely
determined that the evidence indicated that the fire had been set intentionally.
Id. at 232.

[6] The contents of the building included the inventory of the antiques shop. This
inventory was scheduled to be auctioned pursuant to a court order as a result of
the dissolution of the marriage between Bryant and her husband. The
inventory was to be auctioned online over the course of twenty to twenty-five
auctions that were estimated to bring in about $3,000-$5,000 per auction.
[7] During the investigation of the fire by the law enforcement, DeKalb County
Sheriff’s Detective Benjamin Rice (“Detective Rice”) learned that, on February
16, 2015, Bryant was stranded on the side of the road with her van in a ditch.
When Detective Rice met Bryant, she was attempting to get the van out of the
ditch. Detective Rice told Bryant that he knew she was the owner of the
building and wanted to talk to her about the fire. Bryant responded that her
“eye doctor told her not to talk to the police,” which Detective Rice found to be
a bizarre response. Id. at 289. Detective Rice offered to call a tow truck for
Bryant and transport her to a location to get warm after being outside in the
cold, but she declined. About thirty to thirty-five minutes later, Bryant was
finally able to drive her van out of the ditch, and she drove away. On February
23, 2015, Bryant went to the sheriff’s department and spoke with Detective
Rice. On March 11, 2015, Bryant called the auctioneer to inform him that the
building had burned and that he should check on his insurance. Id. at 272. She
also told the auctioneer that she hoped her husband had insurance on his
property within the building because she was not required to do so under the
dissolution decree. Id.
Court of Appeals of Indiana | Memorandum Decision 17A03-1605-CR-1151 | February 9, 2017 Page 5 of 10

[8] On April 30, 2015, the State charged Bryant with arson as a Level 3 felony. A
jury trial was held on March 23-24, 2016. During voir dire, the trial court made
a statement informing the potential jurors of the State’s allegations against
Bryant. Id. at 52. Bryant did not object to this statement. Id. After a jury was
chosen and before the testimony began, the trial court gave preliminary
instructions to the jury. As part of Preliminary Instruction 4 (“Instruction 4”),
the trial court read the charging information. Id. at 129-30. Bryant did not
object to this instruction. Id. At the conclusion of the trial, the jury found
Bryant guilty as charged, and she was sentenced to four years executed. Bryant
now appeals.
Discussion and Decision
[9] Bryant contends that the trial court erred both in statements made during voir
dire and in instructing the jury. Trial courts have broad discretionary power in
regulating the form and substance of voir dire. Gibson v. State, 43 N.E.3d 231,
237 (Ind. 2015), cert. denied, 137 S. Ct. 54 (2016). The manner of instructing a
jury is left to the sound discretion of the trial court. Albores v. State, 987 N.E.2d
98, 99 (Ind. Ct. App. 2013), trans. denied. We review the trial court’s decision
only for an abuse of that discretion. Id.
[10] Generally, a contemporaneous objection is required to preserve an issue for
appeal. McKinley v. State, 45 N.E.3d 25, 28 (Ind. Ct. App. 2015), trans. denied.
However, Bryant did not object to the statements made during voir dire or to
Instruction 4. “Consequently, we ‘will only reverse the trial court if the trial
Court of Appeals of Indiana | Memorandum Decision 17A03-1605-CR-1151 | February 9, 2017 Page 6 of 10

court committed error that was fundamental.’” Rosales v. State, 23 N.E.3d 8, 11
(Ind. 2015) (quoting Hopkins v. State, 759 N.E.2d 633, 638 (Ind. 2001)). The
fundamental error exception is extremely narrow and applies only when an
error constitutes a blatant violation of basic principles of due process. McKinley,
45 N.E.3d at 28. “The error must be ‘so prejudicial to the rights of a defendant
a fair trial is rendered impossible.’” Id. (quoting White v. State, 846 N.E.2d
1026, 1033 (Ind. Ct. App. 2006), trans. denied). When determining whether an
incorrect jury instruction amounts to fundamental error, we do not look only to
the erroneous instruction in isolation, but in the context of all relevant
information given to the jury, including closing argument and other
instructions. Id. There is no due process violation where all of the information,
considered as a whole, does not mislead the jury as to a correct understanding
of the law. Id. at 28-29.
[11] Bryant initially argues that the trial court committed fundamental error during
voir dire when it made certain statements regarding the nature of the case to the
potential jurors. She asserts that these statements did not just inform the
potential jurors of the general nature of the case; instead, she alleges that the
trial court stated several elements of the crime as established facts. Because the
facts contained in the statements made by the trial court were facts that needed
to be proven beyond a reasonable doubt, Bryant claims that the trial court’s
comments deprived her of due process and invaded the province of the jury.
[12] During voir dire, the trial court made the following statements to the
prospective jurors:
Court of Appeals of Indiana | Memorandum Decision 17A03-1605-CR-1151 | February 9, 2017 Page 7 of 10

On January 22, 2015, an antique store with attached residence, located in the 100 block of South Wayne Street in Waterloo, Indiana, burned to the ground. The State of Indiana accuses [Bryant], the Defendant, of knowingly or intentionally starting the fire. She denies that allegation. The State believes that [Bryant] owned the building that was destroyed. Inside the building were antiques with an appraised value of over $100,000. According to an order, by Judge Monte Brown in a dissolution of marriage case, the antiques in the building were to be auctioned with one-half of the proceeds going to [Bryant] and one-half of the proceeds going to . . . her ex-husband.
Tr. at 52. Bryant argues that these statements by the trial court stated as
established facts several elements of the crime with which she was charged. We
disagree.
[13] These statements by the trial court merely informed the prospective jurors of
what the State believed had occurred and what the State would need to prove in
order to convict Bryant of arson as a Level 3 felony. Although Bryant argues
that the trial court stated elements of the crime as established facts, it is clear
from the language used that the trial court was only stating what the State
believed were the facts of the case. We do not find that these statements
amounted to fundamental error and rendered a fair trial impossible.
[14] Bryant next argues that the trial court committed fundamental error when it
gave Instruction 4. She contends that language in Instruction 4 that stated that
Detective Rice “verified” the charges deprived her of the due process of law and
her right to be presumed innocent. Appellant’s Br. at 12. Bryant asserts that
Court of Appeals of Indiana | Memorandum Decision 17A03-1605-CR-1151 | February 9, 2017 Page 8 of 10

such language coming from the trial court caused her to be unable to have a fair
trial because the language essentially told the jury that she was guilty.
[15] In its preliminary instructions to the jury, the trial court read Instruction 4,
which stated:
This is a criminal case brought by the State of Indiana against Virginia C. Bryant. The case was commenced with the filing of an Information charging the Defendant with Arson, a Level 3 Felony.
Omitting the formal parts, the charge reads as follows:
“Detective Ben Rice ‘states and verifies’ that on or about Thursday, January 22, 2015, in DeKalb County, Indiana, Virginia C. Bryant, by means of fire, explosive or destructive device, knowingly or intentionally damaged property of another person, Cedric Bryant, without his or her consent if the pecuniary loss is at least five thousand dollars ($5000.00). Additionally, the offense resulted in bodily injury to any person other than a defendant, who was firefighter Michael Long, and the injury was smoke inhalation. All of which is contrary to the form of the statute in such cases made and provided and against the peace of dignity of the State of Indiana.”
Id. at 129-30; Appellant’s App. at 53. Bryant contends that the “states and
verifies” language invaded the province of the jury and deprived her of a fair
trial because it essentially informed the jury she was guilty. We disagree.
[16] Instruction 4 was a repetition of the charging information. In addition to
Instruction 4, the jury was also instructed that it should not form or express any
Court of Appeals of Indiana | Memorandum Decision 17A03-1605-CR-1151 | February 9, 2017 Page 9 of 10

conclusion or judgment about the outcome of the case until all of the evidence
had been presented. Tr. at 128. The trial court informed the jury that the case
was commenced with the filing of an information and the charge is “the formal
method of bringing the Defendant to trial.” Id. at 130. Additionally, the jury
was told that “[t]he filing of a charge or the Defendant’s arrest is not to be
considered . . . as any evidence of guilt” and that the Defendant was presumed
to be innocent. Id. The trial court also instructed the jury that the State must
prove each element of the crime beyond a reasonable doubt to overcome the
presumption of innocence. Id. at 131. The jury was further instructed to
consider the instructions as a whole and not to “single out any certain sentence
or any individual point or instruction and ignore the others.” Id. at 129. We,
therefore, conclude that Instruction 4 did not invade the province of the jury
and that the challenged language did not mislead the jury so as to render a fair
trial impossible.3
[

Neither the statements made by the trial court during voir dire nor Instruction invaded the province of the jury and made a fair trial impossible. We conclude that the trial court did not commit fundamental error.