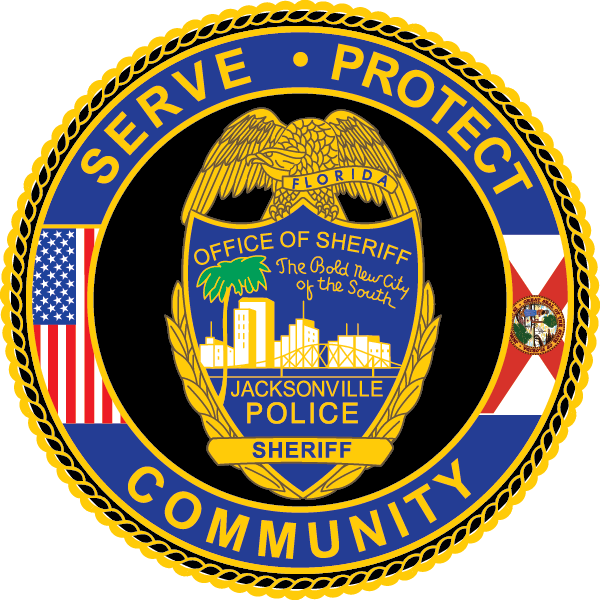 Because of challenges arising from the creation, distribution, and sale of synthetic cannabinoids, which are marketed to provide a “legal high,” law enforcement initiated an investigation focusing on the delivery and sale of these drugs. Smokers Video is in the business of selling various synthetic marijuana products. As part of a years-long investigation, law enforcement focused on three stores owned by Smokers Video. Detectives engaged in at least eighty undercover buys of “prepackaged envelopes of suspected synthetic cannabinoids intended for human consumption.” As a result of the investigation, the Sheriff seized property of Smokers Video and initiated a forfeiture proceeding under the Florida Contraband Forfeiture Act (“the Act”), the Florida Racketeer Influenced and Corrupt Organizations Act (“RICO”), section 895.05, Florida Statutes. The property seized is alleged to have been obtained by Smokers Video through the illegal activity of selling synthetic marijuana, including: (1) violations of section 893.13, Florida Statutes, governing sale of a controlled substance; (2) violations of section 893.0356, Florida Statutes, governing sale of controlled substance, as analog; and (3) violations of section 499.0051(13), Florida Statutes, governing knowingly selling, delivering, or holding or offering for sale any drug that is adulterated or misbranded.
Following the seizure of its property, Smokers Video filed a Motion to Dismiss Forfeiture Action for Lack of Probable Cause and Motion to Return Assets. The parties agreed that the motions would be presented to the trial court for disposition without a hearing but in conjunction with and after consideration of the deposition and affidavit of Detective Hester, a narcotics officer involved in the investigation.1 1 In the related criminal case, the defendants filed a writ of prohibition with this Court requesting charges be dismissed as their actions did not fall within the prescriptions of Chapter 499, Florida Statutes. The writ was denied as the defendants failed to show that the trial court was attempting to act in excess of its jurisdiction. See Burris v. State, 255 So. 3d 996 (Fla. 1st DCA 2018).
3

Finding probable cause to support the seizure, the trial court denied the motions. The trial court held “a Schedule I substance, which by definition is illegal, [is] capable of being ‘misbranded’ or ‘adulterated’ within the meaning of Chapter 499 of the Florida Statutes.”
On appeal, Smokers Video argues that the trial court erred in holding that Schedule I substances are capable of being mislabeled under Chapter 499, the Florida Drug and Cosmetic Act. It concedes that virtually all of the substances it allegedly sold and possessed are Schedule I controlled substances. However, Smokers Video argues that because these substances are inherently illegal, it would defy logic to hold that inherently illegal drugs can become even more illegal if they are mislabeled.2

facie case, but more than a mere suspicion.” In re Forfeiture of Seven Thousand Dollars U.S. Currency, 942 So. 2d 1039, 1042 (Fla. 2d DCA 2006) (citing Dep’t of Highway Safety & Motor Vehicles v. Jones, 780 So. 2d 949, 951 (Fla. 4th DCA 2001)).
Smokers Video contends the trial court, in determining illegal drugs were capable of being “misbranded” or “adulterated” in violation of Chapter 499, inappropriately made a forfeiture-stage determination in the seizure stage of the proceedings by making an improper finding of criminal guilt. We disagree.
The trial court determined only that such a violation could occur even if the drugs being sold were already illegal. The court answered only one question — “whether a Schedule I substance, which by definition is illegal, is capable of being ‘misbranded’ or ‘adulterated’ within the meaning of Chapter 499, Florida Statutes.” This question is inherent in considering whether, under the facts, there is “sufficient probability to warrant a reasonable belief that the property was used or obtained in violation of the Act." In re Forfeiture of 1994 Ford Explorer, 203 So. 2d at 993. The trial court did not determine if Smokers Video did, in fact, commit a violation.
In finding sufficient evidence to create a reasonable belief that illegal drugs are capable of “misbranding” or “adulteration,” the trial court did not make specific findings of fact related to Smokers Video, but rather, relied on generalized hypotheticals:
For example, cocaine, for all its very real evils, does not always kill those who use it. If, however, cocaine is “cut with” rat poison, arsenic, and tiny shards of glass, it has most certainly been adulterated from its pure form. The harmful but not necessarily fatal illegal drug has been adulterated so that it will almost certainly be fatal. At the same time, it is virtually certain that the seller will misbrand the cocaine, as he or she is unlikely to label it as containing not only the illegal cocaine but also the deadly materials added to the cocaine.
In response, Smokers Video argues that for drugs to be governed by Chapter 499, those drugs must have a
5

legitimate/medical use in the marketplace. In short, the drugs must be legal for Chapter 499 to apply. However, this argument is contradicted by the plain meaning of the Chapter 499. It governs a broad range of drugs, including illegal drugs. It defines “drug” as an article that is “[i]ntended to affect the structure or any function of the body of humans or other animals.” § 499.003(18), Fla. Stat. (2015). Here, the deposition and affidavit submitted in support of the forfeiture complaint established that the synthetic marijuana sold by Smokers Video was marketed as a legal high, so it was intended to affect the structure or function of the human body. Thus, it is governed by Chapter 499.
More compelling is the even broader wording in section 499.0051(12), Florida Statutes (2015), which criminalizes the adulterating, misbranding, and false advertisement of “any drug” as follows:
[Violations include:]
(a) The manufacture, repackaging, sale, delivery, or holding or offering for sale of any drug that is adulterated or misbranded or has otherwise been rendered unfit for human or animal use.
(b) The adulteration or misbranding of any drug intended for further distribution.
[. . .]
(d) The dissemination of any false or misleading advertisement of a drug.
(e) The use, on the labeling of any drug or in any advertisement relating to such drug, of any representation or suggestion that an application of the drug is effective when it is not or that the drug complies with this part when it does not.
(Emphasis added.) The comprehensive terminology of “any drug” in the statute, on its face, belies any claim by Smokers Video that
6

the Legislature intended for only legal drugs to be subject to Chapter 499.
Smokers Video contends that even if the plain meaning of the statute allows for any drug, whether legal or illegal, to be misbranded or adulterated, this Court should determine that the trial court’s interpretation would lead to absurd results. See State v. Burris, 875 So. 2d 408, 410 (Fla. 2004) (noting the statute’s plain and ordinary meaning must control, unless this leads to an unreasonable result or a result clearly contrary to legislative intent). We find this argument meritless. The purpose of Chapter 499 includes protecting the public not only from physical harm but also from merchandising deceit: “[This part is intended to] [s]afeguard the public health and promote the public welfare by protecting the public from injury by product use and by merchandising deceit involving drugs, devices, and cosmetics.” § 499.002(1)(a), Fla. Stat. (2015). Below, Smokers Video consistently phrased the issue as whether illegal drugs like cocaine and heroin are subject to the branding and labeling requirements of Chapter 499 and continuously compared the current facts to a typical street corner cocaine sale. Yet, Smokers Video operated multiple businesses (video stores); within those stores, it sold the synthetic marijuana which, at least in the beginning, was marketed as a “legal high.” In creating the synthetic marijuana, Smokers Video sent the drugs to a laboratory for testing to ensure specific banned substances were not present. Smokers Video’s goal was to sell a product that people intended to use to get high or to obtain certain effects.
Smokers Video concedes the drugs it sold were illegal under Chapter 893. Chapter 499 was created, in part, to protect the public from “injury by product use” and by “merchandising deceit involving drugs.” § 499.002, Fla. Stat. Because we agree with the trial court that probable cause existed to support the seizure, the order is affirmed.