Court: Court of Appeals Second Appellate District of Texas at Fort Worth 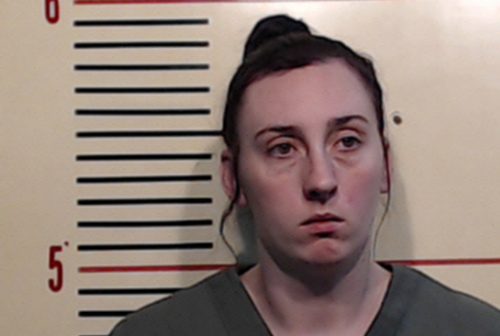 On November 16, 2015, Mainers and C.M.’s father took him to urgent care
after Mainers noticed that his leg was “making a popping noise” and that he was not
“using his leg appropriately.” After urgent care turned them away, they took C.M. to
his pediatrician who, after reviewing an x-ray of C.M.’s leg, contacted Child Protective
Services (CPS). A CPS representative and a sheriff’s-department investigator met with
the parents at the doctor’s office.
Mainers reported that the injury had happened at 3:00 a.m. that morning when
C.M. accidentally rolled off a bed. Mainers told the CPS worker that she was on one
side of the bed, and C.M.’s father was sleeping on the other side. Mainers put C.M. on
her side of the bed to feed him and change his diaper. The diapers were toward the
foot of the bed but on the opposite side from C.M. Mainers knelt on the bed and
3
reached across to get a diaper, causing C.M. to fall off the bed—which the CPS
worker later determined was about two feet high—and land face down on the ground.
He began crying but stopped when Mainers picked him up and finished feeding him.
She changed his diaper and put him back in bed, where he slept until 9:30 a.m. At a
later CPS permanency conference, Mainers told a CPS conservatorship caseworker
that she had caused C.M.’s injury by grabbing his leg when he fell off the bed.
After being transferred to Cook Children’s Medical Center, C.M. was diagnosed
with a spiral fracture in his femur, and his legs were placed in a Pavlik harness while
the fracture healed. When he was initially admitted, a referral was made to the
hospital’s CARE (Child Advocacy and Resource Evaluation) team. The CARE team
gets referrals when necessary “to rule out any type of medical conditions that may
have cause[d] a child to have injuries and to rule for or against abuse of a child.”
Christi Thornhill, a Cook Children’s nurse practitioner and CARE team member,
examined C.M. at that time and again two weeks later.
CPS eventually closed the case as “unable to determine.”1 Meanwhile, Mainers
was indicted for the offense of knowingly causing serious bodily injury to C.M. The