Court: Court of Appeals For The First District of Texas 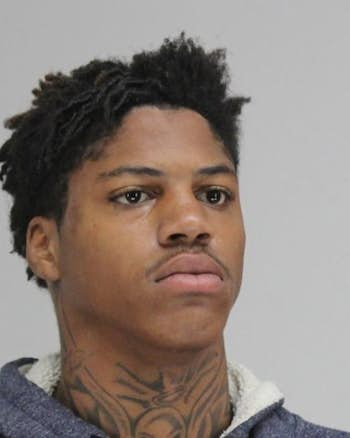 On July 31, 2016, West shot Anthony Thomas in the parking lot of an
apartment complex in Houston. Thomas lived at the complex with his girlfriend
Anquanetta Jackson, her daughter Zaire Jones, and Jones’s infant. West did not live
in the complex but frequently visited his girlfriend there. A few days before the
shooting, Jones got into a fight with West’s girlfriend and other young women
outside the girlfriend’s apartment. West intervened and requested that Jones find a
man to fight him.
On the day of the shooting, after Jones complained to Thomas and Jackson
that she did not have diapers for the baby, the couple walked to the store to buy her
some. On the way, they encountered West. He approached Thomas as if he wanted
to fight. West bent down, like he was tying his shoes. He stood up, pulled out a gun,
and began shooting. A bullet hit Thomas, and he fell to the ground. West moved
closer and shot him again under the chin. Thomas died at the scene.
Admissibility of 911 Call
On appeal, West contends that the trial court abused its discretion by admitting
a recording of a 911 call into evidence. He argues that the evidence was more
prejudicial than probative. We disagree.
3

A. Standard of Review
We review a trial court’s decision to admit or exclude evidence for an abuse
of discretion. Martinez v. State, 327 S.W.3d 727, 736 (Tex. Crim. App. 2010). The
trial court does not abuse its discretion unless its determination lies outside the zone
of reasonable disagreement. Id.
Error in the admission of evidence is non-constitutional error subject to a harm
analysis under Texas Rule of Appellate Procedure 44.2(b). See Johnson v. State, 967
S.W.2d 410, 417 (Tex. Crim. App. 1998); TEX. R. APP. P. 44.2(b). We disregard any
non-constitutional error that does not affect substantial rights. TEX. R. APP. P.
44.2(b). A substantial right is affected when the error had a substantial and injurious
effect or influence in determining the jury’s verdict. King v. State, 953 S.W.2d 266,
271 (Tex. Crim. App. 1997). We will not overturn a conviction for non
constitutional error if, after examining the record, we have fair assurance that the
error did not influence the jury or had but slight effect. Johnson, 967 S.W.2d at 417.
B. Analysis
At trial, West argued that he shot Thomas in self-defense because Thomas
was armed. West posited that someone removed a gun from Thomas’s body after he
was shot. Though no gun was recovered at the scene, Jackson gave a disassembled
gun to law enforcement the day after the shooting. She testified that the gun was
inoperable and remained in her home during the incident. West’s counsel asked
4

several of the State’s witnesses whether a gun had been removed from the scene.
Counsel asked law enforcement whether someone could remove evidence and hide
it before law enforcement could catalog it. He also asked Jones whether she knew
Thomas to carry a gun through the neighborhood.
The jury viewed body camera footage without sound from one of the first
officers to respond. The jury also heard a 911 call made by Jackson to report the
shooting. West did not object to the admission of either recording.
During Jackson’s testimony, the State sought admission of a second 911 call. In a
hearing outside the presence of the jury, West’s counsel objected. He argued that
admitting a second 911 call was cumulative and that admission of the second call
was more prejudicial than probative because it would force the jury to listen to
bystanders’ lengthy lifesaving efforts. The person who made the second call did not
testify, and the call lasted about ten minutes. The State argued that the call was
admissible because it contained excited utterances and present sense impressions
and because it rebutted West’s self-defense theory. The trial court overruled the
objection and admitted the evidence. * The jury listened to the second call.
Rule 401 provides that evidence is relevant if it has any tendency to make a
fact of consequence “more or less probable than it would be without the evidence.”
* After the second 911 call was admitted, the State requested to replay the body camera footage with sound. West objected but was overruled.
5

TEX. R. EVID. 401. Evidence that tends to rebut a defensive theory is relevant. See
Dennis v. State, 178 S.W.3d 172, 177–78 (Tex. App.—Houston [1st Dist.] 2005, pet.
ref’d). Relevant evidence is generally admissible. TEX. R. EVID. 402. A trial court
“may exclude relevant evidence if its probative value is substantially outweighed by
a danger of one or more of the following: unfair prejudice, confusing the issues,
misleading the jury, undue delay, or needlessly presenting cumulative evidence.”
TEX. R. EVID. 403. Under Rule 403, there is a presumption that relevant evidence is
more probative than prejudicial. Paz v. State, 548 S.W.3d 778, 795 (Tex. App.—
Houston [1st Dist.] 2018, pet. ref’d). We afford trial courts broad discretion in ruling
on Rule 403 objections. State v. Mechler, 153 S.W.3d 435, 439 (Tex. Crim. App.
2005). A trial court conducting a Rule 403 analysis balances the evidence’s
probative value; the evidence’s potential to impress the jury in an irrational or
indelible way; the time needed to develop the evidence; and the proponent’s need
for the evidence. See Gigliobianco v. State, 210 S.W.3d 637, 641–42 (Tex. Crim.
App. 2006).
West’s evidentiary arguments regarding the second 911 call are unpersuasive.
Recordings of 911 calls are generally admissible because they provide a framework
within which the State’s evidence may be developed. See Webb v. State, 760 S.W.2d
263, 276 (Tex. Crim. App. 1988) (holding 911 recording admissible over rule 403
objection, even though not establishing material facts, because the recording
6

provides framework for developing evidence). Specifically, the second 911 call
helped jurors understand the sequence of events in the aftermath of the murder and
evaluate whether a gun was removed from the scene. During the second call, the
caller is instructed to assist with CPR, including elevating the victim’s legs. The
caller tells the dispatcher when paramedics arrive. The 911 call is timestamped. The
jury also watched police body camera footage of an individual raising Thomas’s legs
while talking on the phone. By considering the 911 call and the body camera footage
together, the jury could connect the sequence of events that occurred before law
enforcement arrived.
The call helped the jury evaluate witness credibility. The prosecutor
established the sequence of events during Jackson’s testimony. Jackson testified that
she removed a phone from Thomas’s pocket to call his parents, but that she did not
remove a gun. She also testified that there was a nonfunctional gun in her home and
that she gave it to law enforcement in the days after the shooting. Jackson made the
first call to 911, but she became too emotional to speak. The operator discontinued
their call because someone else nearby was talking to emergency services. The other
caller can be heard in the second 911 call. In addition to providing information so
the jury could understand what happened, the call helped the jury evaluate Jackson’s
credibility.
7

West asserts that the trial court abused its discretion by admitting the contents
of the second 911 call because the jury would be prejudiced by listening to the
emotional response of the caller. But the jury was well aware that a murder had
occurred and that nearby witnesses attempted life-saving efforts. The jury watched
body camera footage showing the second 911 caller and also heard the first 911 call,
minimizing any risk of unfair prejudice or likelihood that the jury would make a
decision based on emotion.
The second 911 call is relevant because it makes it less probable that someone
had time to remove and hide a weapon before law enforcement arrived. Its relevance
is not substantially outweighed by the danger of unfair prejudice toward West.
Accordingly, West has not shown that the trial court’s ruling is outside the zone of
reasonable disagreement. See Montgomery, 810 S.W.2d at 372. The trial court did
not abuse its discretion in admitting the second 911 call. We overrule West’s sole
issue.