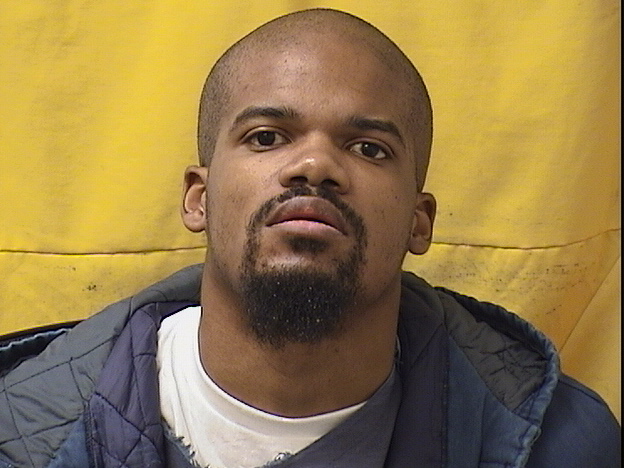 With a single shot, appellant killed Raishaun Williams (“the victim”), while
the two were at a small neighborhood party.
{¶ 4} According to appellant, he did not want to shoot the victim. He claims the
gun accidentally fired as he changed the hand in which the gun was held. Appellant
admits he was aiming the gun at the victim, but claims he only did it in an effort to scare
him.
{¶ 5} Appellant was indicted for murder in violation of R.C. 2903.02(A) and
2903.02, and an alternate charge of felony murder in violation of R.C. 2903.02(B) and
2903.02, both being unspecified felonies. Each carried a firearm specification under R.C.
2941.145.
{¶ 6} Appellee offered appellant a plea deal, but it was rejected and appellant
proceeded to a jury trial.
3.
{¶ 7} At trial several individuals testified, including eyewitnesses to the shooting
and aftermath, responding and investigating officers, crime-scene and laboratory analysts,
a deputy coroner, and appellant.
{¶ 8} On September 14, 2017, the jury found appellant guilty of the felony
murder. The court accepted the verdict and sentenced appellant to a mandatory term of
15 years to life, and to another mandatory term of three years for the gun specification.
These sentences were set to run consecutively.
{¶ 9} The judgment entry was e-journalized on September 22, 2017, and appellant
timely appeals.
First Assignment of Error

{¶ 10} In the first assigned error, appellant argues the trial court erred in refusing
to instruct the jury on involuntary manslaughter and reckless homicide. Appellee
contends appellant was not entitled to jury instructions on these lesser-included offenses.
{¶ 11} “The offense of involuntary manslaughter proscribes that ‘[n]o person shall
cause the death of another or the unlawful termination of another’s pregnancy as a
proximate result of the offender’s committing or attempting to commit a felony.’” See,
e.g., State v. Rickard, 6th Dist. Wood Nos. WD-17-011, WD-17-012, 2019-Ohio-298,
¶ 47, quoting R.C. 2903.04(A). “Likewise, the offense of reckless homicide proscribes
that ‘[n]o person shall recklessly cause the death of another or the unlawful termination
of another’s pregnancy.’” Id., quoting R.C. 2903.041(A).
4.
{¶ 12} “Both involuntary manslaughter and reckless homicide are lesser included
offenses of felony murder.” Id., citing State v. Trimble, 122 Ohio St.3d 297, 2009-Ohio
2961, 911 N.E.2d 242, ¶ 190. “Felony murder is defined as ‘[n]o person shall cause the
death of another as a proximate result of the offender’s committing or attempting to
commit an offense of violence that is a felony of the first or second degree and that is not
a violation of section 2903.03 or 2903.04 of the Revised Code.’” Id., quoting R.C.
2903.02(B).
{¶ 13} Here, we find appellant has not demonstrated that he was entitled to
instructions on involuntary manslaughter or reckless homicide.
{¶ 14} “Even though an offense may be a lesser included offense, a charge on the
lesser offense is required ‘only where the evidence presented at trial would reasonably
support both an acquittal of the crime charged and a conviction upon the lesser included
offense.’” Id. at ¶ 48, quoting Trimble at ¶ 192; State v. Thomas, 40 Ohio St.3d 213, 533
N.E.2d 286 (1988), paragraph two of the syllabus. “To be acquitted of felony murder,
but still found guilty of involuntary manslaughter or reckless homicide, the evidence
must reasonably support that appellant did not act knowingly.” Id.
{¶ 15} Here, however, the evidence presented establishes appellant acted
knowingly. At trial, he admitted to raising the gun and pointing it toward the victim.
Specifically, he testified that he followed a friend into a house where the neighborhood
party was, and that his friend was arguing with the victim inside. Appellant described the
subsequent events leading to the shooting, as follows:
5.
[Appellant]: I walked in and then I went ahead and I went in and
reached for a minute (demonstrating) and then I just—they wasn’t paying
attention to me. So I was looking at them for a minute and looking at them
arguing for like five to ten seconds, and then I went ahead and reached for
my weapon towards him and then as I was grabbing my left to my right, I
put my finger on the trigger and then boom it went off like it was—it was a
accidental fire. Like I—can’t explain how, it just went off.
I just, soon as I was—I didn’t even get to reach my left hand on my
right hand and then it just boom, went off. I was just trying to get him to,
to give up the money and her—and the blunt to her. That’s all I was
tending to do. That was my intentions. And then he fell, he was—he fell
face down.
{¶ 16} As recognized by the Supreme Court of Ohio, “where an inherently
dangerous instrumentality was employed, a homicide occurring during the commission of
a felony is a natural and probable consequence presumed to have been intended. Such
evidence is sufficient to allow a jury to find a purposeful intent to kill.” (Citation
omitted). See State v. Conway, 108 Ohio St.3d 214, 2006-Ohio-791, 842 N.E.2d 996,
¶ 137 (inherently dangerous instrumentality presumption factor led the court to determine
instruction on involuntary manslaughter was not required). Pointing and firing a gun in a
person’s direction is felonious assault. See State v. Jefferson, 6th Dist. Lucas No.
6.
L-16-1182, 2017-Ohio-7272, ¶ 17, citing State v. Jordan, 8th Dist. Cuyahoga No. 73364,
1998 Ohio App. LEXIS 5571, *31 (Nov. 25, 1998).
{¶ 17} Here, we find the record does not support an acquittal of felony murder
because there is sufficient evidence to conclude that appellant committed or attempted to
commit a felonious assault when he fired the gun that killed the victim. Appellant, thus,
was not entitled to jury instructions on involuntary manslaughter or reckless homicide,
and his first assigned error is overruled and not well-taken.
Second Assignment of Error
{¶ 18} In the second assigned error, appellant challenges the weight and credibility
of the evidence. Appellee contends competent and credible evidence supports the verdict
and conviction.
{¶ 19} In a manifest weight challenge, we must determine whether the greater
amount of credible evidence supports the conviction. Eastley v. Volkman, 132 Ohio St.3d
328, 2012-Ohio-2179, 972 N.E.2d 517, ¶ 12. This court sits as if the “thirteenth juror”
and must review the record, weigh the evidence and all reasonable inferences drawn from
it, consider the witnesses’ credibility and decide, in resolving any conflicts in the
evidence, whether the trier-of-fact “clearly lost its way and created such a manifest
miscarriage of justice that the conviction must be reversed and a new trial ordered.” See
State v. Leech, 6th Dist. Lucas No. L-13-1156, 2015-Ohio-76, ¶ 32, quoting State v.
Martin, 20 Ohio App.3d 172, 175, 485 N.E.2d 717 (1st Dist.1983).
7.
{¶ 20} Here, we have reviewed the evidence in the record and found that this is
not the exceptional case in which it weighs heavily against the conviction.
{¶ 21} Even accepting certain facts as presented by appellant’s own testimony, we
find that the fatality that occurred was obviously within the scope of the risk presented by
appellant’s deliberate act of pointing and firing a loaded gun at the victim, considering
the investigating authorities concluded and testified that the gun appellant admitted to
pointing at the victim required typical pressure and force to fire it. There is competent
and credible evidence from which it is reasonable to conclude appellant pulled the
trigger. We, therefore, hold that the jury did not commit a manifest miscarriage of justice
when it found appellant acted knowingly, and his second assignment of error is
overruled.

Outcome: For the foregoing reasons, the judgment of the Lucas County Court of
Common Pleas is affirmed. Appellant is ordered to pay costs of this appeal pursuant to App.R. 24.