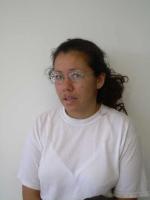 A mistrial is properly granted in a criminal case where an event occurs during the course of a trial which is of such a nature that its damaging effect cannot be removed by proper admonition or instruction to the jury and thus prevents a fair trial. State v. Ash, 293 Neb. 583, 878 N.W.2d 569 (2016). Events that may require the granting of a mistrial include egregiously prejudicial
- 7 -
statements of counsel, the improper admission of prejudicial evidence, and the introduction to the jury of incompetent matters. Id. After the prosecutor’s statement in dispute, Philana denied the insinuated conduct and Philana’s trial counsel immediately objected (twice). The district court sustained the objection and told the jury to disregard it. Further, the jury was instructed that the following things were not evidence: statements, arguments, and questions of the parties’ lawyers; objections to questions; any testimony the district court told the jury to disregard; and anything the jury may have seen or heard about the case outside the courtroom. We cannot conclude that the prosecutor’s statement was of such egregious prejudicial nature that any effect from it could not be removed by way of proper admonition or instruction to the jury, actions which were taken in this case. Also, as the State asserts, the fact that Philana was acquitted on two of three charges against her is proof that the district court’s admonishment dispelled any potential prejudice to Philana. Philana’s trial counsel was not ineffective for failing to move for a mistrial on the alleged basis, because the record refutes that a motion for mistrial would have been granted under the circumstances. See State v. Williams, 295 Neb. 575, 889 N.W.2d 99 (2017) (as matter of law, counsel cannot be ineffective for failing to raise meritless argument). We discuss Philana’s remaining two claims of ineffective assistance of counsel together. She claims that her trial counsel was ineffective for failing to “preserve the testimony by defense witnesses” and “ensure that defense witnesses appeared at trial to testify.” Brief for appellant at 13. She merely argues that the alleged errors affected the outcome of trial. The Nebraska Supreme Court in State v. Abdullah, 289 Neb. 123, 853 N.W.2d 858 (2014) rejected a claim that counsel was deficient for failing to call “‘at least two witnesses’” that the defendant “‘informed would be beneficial to his case.’” Id. at 133, 853 N.W.2d at 866. The Nebraska Supreme Court was concerned that the lack of specificity as to who the uncalled witnesses were would frustrate a potential postconviction court’s ability to identify if a particular failure to call a witness claim was the same one that was raised on direct appeal. The record may suggest some of the identities of those individuals Philana refers to in her claims as “defense witnesses.” Brief for appellant at 13. For example, before opening argument, her trial counsel informed the district court of an individual who was a possible defense witness (trial counsel had not decided yet) but who was moved from one jail to another without trial counsel’s knowledge so that trial counsel did not think he was coming to trial. However, whether Philana’s claims refer to that individual or additional or different defense witnesses is unclear. Her claims are insufficiently alleged, and therefore are not preserved, due to the lack of particularity as to names or descriptions of those individuals she refers to and as to how any testimony from any of those individuals would have offered any beneficial or necessary information to her case. See State v. Abdullah, 289 Neb. at 133, 853 N.W.2d at 867 (vague assertion referring to “‘at least two’ witnesses” is “little more than a placeholder”; such allegations are not sufficiently specific to determine ineffective assistance of counsel).

Outcome: For the foregoing reasons, we affirm Philana’s conviction.