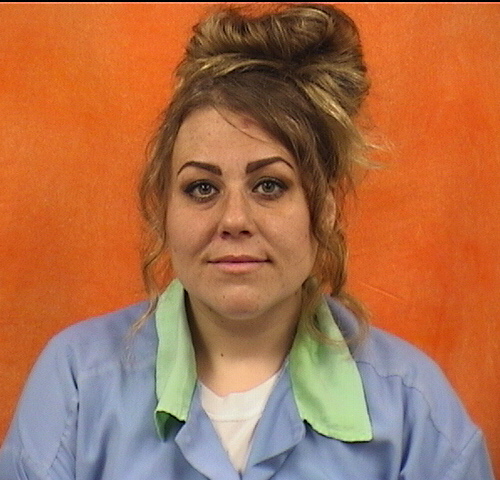 On November 9, 2018, the Richland County Grand Jury indicted appellant
on two counts of possession of heroin in violation of R.C. 2925.11. On February 12, 2019,
appellant pled guilty to both counts. By sentencing entry filed April 3, 2019, the trial court
sentenced appellant to twenty-seven months of community control. In the event of a
violation of community control, appellant would serve a twenty-four month prison term.
{¶ 3} Appellant filed an appeal and this matter is now before this court for
consideration. Assignment of error is as follows:
I
{¶ 4} "THE TRIAL COURT VIOLATED O.R.C. SECTION 2941.25(A) BY
IMPOSING SENTENCES ON TWO ALLIED OFFENSES OF SIMILAR IMPORT."
I
{¶ 5} In her sole assignment of error, appellant claims the trial court erred in
imposing sentences on two allied offenses of similar import. We agree.
{¶ 6} R.C. 2941.25 governs multiple counts and states the following:

(A) Where the same conduct by defendant can be construed to
constitute two or more allied offenses of similar import, the indictment or
Richland County, Case No. 2019-CA-0031 3
information may contain counts for all such offenses, but the defendant may
be convicted of only one.

1. In determining whether offenses are allied offenses of similar
import within the meaning of R.C. 2941.25, courts must evaluate three
separate factors—the conduct, the animus, and the import.
2. Two or more offenses of dissimilar import exist within the meaning
of R.C. 2941.25(B) when the defendant's conduct constitutes offenses
involving separate victims or if the harm that results from each offense is
separate and identifiable.
3. Under R.C. 2941.25(B), a defendant whose conduct supports
multiple offenses may be convicted of all the offenses if any one of the
following is true: (1) the conduct constitutes offenses of dissimilar import,
(2) the conduct shows that the offenses were committed separately, or (3)
the conduct shows that the offenses were committed with separate animus.
Richland County, Case No. 2019-CA-0031 4

A trial court and the reviewing court on appeal when considering
whether there are allied offenses that merge into a single conviction under
R.C. 2941.25(A) must first take into account the conduct of the defendant.
In other words, how were the offenses committed? If any of the following is
true, the offenses cannot merge and the defendant may be convicted and
sentenced for multiple offenses: (1) the offenses are dissimilar in import or
significance—in other words, each offense caused separate, identifiable
harm, (2) the offenses were committed separately, or (3) the offenses were
committed with separate animus or motivation.
At its heart, the allied-offense analysis is dependent upon the facts
of a case because R.C. 2941.25 focuses on the defendant's conduct. The
evidence at trial or during a plea or sentencing hearing will reveal whether
the offenses have similar import.

{¶ 9} Our review of a trial court's R.C. 2941.25 determination is de novo. State
v. Williams, 134 Ohio St.3d 482, 2012-Ohio-5699, 983 N.E.2d 1245, ¶ 12.
{¶ 10} Appellant was sentenced on two counts of possession of heroin in the fifth
degree. Felonies of the fifth degree are punishable by "six, seven, eight, nine, ten, eleven,
or twelve months" in prison. R.C. 2929.14(A)(5). By sentencing entry filed April 3, 2019,
Richland County, Case No. 2019-CA-0031 5
the trial court sentenced appellant to twenty-seven months of community control, with a
twenty-four month prison term in the event of a violation.
{¶ 11} Possession of heroin is defined in R.C. 2925.11(A) as: "No person shall
knowingly obtain, possess, or use a controlled substance or a controlled substance
analog."
{¶ 12} During the sentencing hearing, defense counsel argued the two offenses
were allied offenses of similar import because appellant did not have a separate animus
for each possession. T. at 3. When appellant was pulled over, a subsequent search of
her vehicle disclosed heroin in two different containers. Id. As a result, she was indicted
on two separate counts. Defense counsel argued the two containers held "the same kind
of contraband, so there isn't any kind of separate offense in separate sections of the
statute. They were all a part of being in her car. So she didn't do anything separately to
possess these." Id. The state argued there were two separate bags of heroin, each
containing different amounts, found in two locations in the vehicle, one in between the
middle console and the driver's seat and the other in her purse; therefore, the state argued
there was a separate animus for each possession. T. at 4. The trial court sentenced
appellant without comment on the allied offenses argument. Id.
{¶ 13} This court has held that the simultaneous possession of two different types
of controlled substances can constitute two separate offenses. State v. Morgan, 5th Dist.
Richland No. 18CA121, 2019-Ohio-2785. In the case sub judice, the two possessions
were of the same controlled substance (heroin) in the same location (appellant's vehicle).
The limited evidence before this court does not indicate that the offenses were committed
separately or with a separate animus. Given the facts of this case, we find appellant's
Richland County, Case No. 2019-CA-0031 6
conduct in simultaneously possessing the heroin in one location was a continuous,
inseparable act. See State v. Daboni, 4th Dist. Meigs Nos. 18CA4 and 18CA5, 2018
Ohio-4155, ¶ 54.
{¶ 14} Upon review, we find the two counts of possession of drugs are allied
offenses of similar import, and the trial court erred in failing to merge the two counts for
sentencing.
{¶ 15} The sole assignment of error is granted.

Outcome: The sentence of the Court of Common Pleas of Richland County, Ohio is
hereby vacated, and the matter is remanded to said court for resentencing consistent with
this opinion.