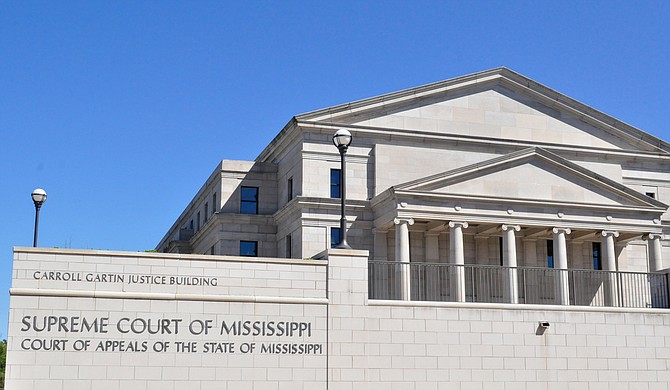 Trina Johnson gave birth to a girl, Jane,1 in 2000. Trina testified that Jane has autism
and requires around-the-clock care. In 2002, a paternity test established that Hasain was
Jane’s father. As a result, a judgment was entered against Hasain for $125 per month in child
support plus $25 per month until he satisfied his $1,500 arrearage. The chancery court also
entered an order of withholding for the monthly amount of support and an additional amount
to cover court costs.
¶3. The record reflects that Hasain made two $20 payments in 2016 for child support after
he had been indicted for his failure to pay. But he never paid any additional child support.
The record also reflects that from 2002 to 2017 Hasain worked several jobs; yet he never
made any child support payments. After an investigation by the Attorney General’s Office,
Hasain was arrested in Memphis, Tennessee.2 After the conclusion of the trial, Hasain filed
a motion for a new trial, which the trial court denied. Hasain appeals.
STANDARD OF REVIEW
¶4. “Our role as [an] appellate court is to review the trial court’s decision to grant or deny
a new trial for an abuse of discretion.” Little v. State, 233 So. 3d 288, 292 (¶21) (Miss.
2017). Moreover, “[i]n carrying out this task, we weigh the evidence in the light most
favorable to the verdict, only disturb[ing] a verdict when it is so contrary to the
overwhelming weight of the evidence that to allow it to stand would sanction an
1 We use a pseudonym to protect the identity of the minor child. 2 Hasain was working as a barber in Tennessee at the time of his arrest. 2
unconscionable injustice.” Id. (internal quotation mark omitted).
DISCUSSION
¶5. Hasain asserts that the trial court erred in denying his motion for a new trial, because
the evidence overwhelmingly supports his defense that he did not willfully refuse to pay child
support for Jane. We disagree.
¶6. Mississippi Code Annotated section 97-5-3 states:
Any parent who shall desert or wilfully neglect or refuse to provide for the support and maintenance of his or her child or children, including the natural parent of an illegitimate child or children wherein paternity has been established by law or when the natural parent has acknowledged paternity in writing, while said child or children are under the age of eighteen (18) years shall be guilty of a felony and, on conviction thereof, shall be punished for a first offense by a fine of not less than One Hundred Dollars ($100.00) nor more than Five Hundred Dollars ($500.00), or by commitment to the custody of the Department of Corrections not more than five (5) years, or both; and for a second or subsequent offense, by a fine of not less than One Thousand Dollars ($1,000.00) nor more than Ten Thousand Dollars ($10,000.00), or by commitment to the custody of the Department of Corrections not less than two (2) years nor more than five (5) years, or both, in the discretion of the court.
(Emphasis added).
¶7. Marsha McLendon, a child support specialist with the Department of Human Services,
testified that a judgment of paternity and other relief was entered against Hasain in December
2002. This judgment ordered that Hasain pay $125 per month in child support and $25 a
month to satisfy arrearage. But the record reflects that Hasain only made two $20 payments
from 2000 to 2017—after he had been indicted. At this point, Hasain was aware of his
obligations of child support.
3
¶8. Stacie Horton, branch director for the Office of Reemployment Assistance with the
Mississippi Department of Employment Security, testified that Hasain had been working off
and on. But he was a “no show” at one of the jobs. Kynda Walker, a child desertion
investigator with Mississippi Attorney General’s Office, testified that Hasain earned
$5,807.60 in 2013; $5,582.26 in 2006 and 2014; and $754.95 from an employer in 2003. Yet
Hasain did not remit any child support payments during the time that he was employed.
Hasain testified that he knew that it was his responsibility to ensure that his child support
payments were made; however, he thought that the payments were being withheld from his
checks by previous employers.
¶9. Accordingly, we find no abuse of discretion in the trial court’s denial of Hasain’s
motion for a new trial. The evidence supports that Hasain refused to remit child support
payments in violation of Mississippi law. Witnesses testified that Hasain worked at several
different places for years; yet he only paid a total of $40 in child support. Viewing the
evidence in the light most favorable to the verdict, allowing the verdict to stand does not
sanction an “unconscionable injustice.”