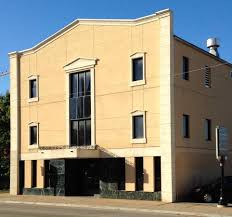 On October 16, 1998, Appellee and Dr. Stegall were granted a divorce
in the Auglaize County Common Pleas Court, Domestic Relations Division, in
case number 97-DR-115. (Doc. No. 62). The divorce decree (the “Decree”) was
filed the same day. (Id.). Pertinent to this appeal, and in regards to the Domestic

(Id. at 6). With respect to the division of marital property, the divorce degree
further provided:
THE COURT FURTHER FINDS that the parties have agreed that the Defendant [Appellee] shall receive as her division of the marital property and accounts $1,352,826.00 to be paid as follows: $500,000 shall be paid within sixty (60) days of August 3, 1998. After that, the amount to be paid by the Plaintiff [Dr. Stegall] to the Defendant shall be $50,000.00 per year at an interest rate of ten (10%) until paid in full. The Plaintiff shall designate the Defendant as a beneficiary on the pension account to protect or secure her interest in this division of property until such time as this division of property is complete.

IT IS THEREFORE ORDERED, ADJUDGED AND DECREED that the Plaintiff shall pay to the Defendant $500,000 within (60) days of the final hearing of divorce held on August 3, 1998. Further, the balance which shall be due and owing to the Defendant shall be paid at the rate of $50,000 per year on January 1 of each year with ten percent (10%) interest accruing on the unpaid balance, which includes principle [sic] and interest.

In order to protect Defendant’s interest, the Plaintiff shall designate the Defendant as beneficiary on his retirement accounts to protect or

Until such time as the $500,000 has been paid by the Plaintiff to the Defendant, the Plaintiff shall continue to pay temporary spousal support in the amount of $1,027 per week.

{¶3} On October 19, 2015, approximately seventeen (17) years after the
parties’ decree was filed, Dr. Stegall filed a post-judgment motion in the Domestic
Relations Division, entitled “Plaintiff’s [Dr. Stegall’s] Motion to Terminate or
Modify Spousal Support.” (Doc. No. 172). In that motion, Dr. Stegall requested
the Domestic Relations Court to review his property division payments, averring
that such “ha[d] nearly reached the end of the term.” (Id. at 3). However, Dr.
Stegall’s motion also asserted that the Appellee was seeking an additional
$2,025,430 (at the time of the motion’s filing) “to complete payment of spousal
support pursuant to the Judgment and Final Decree of Divorce.” (Id.).
{¶4} Prior to perfecting service of his post decree motion upon Appellee,
Dr. Stegall died on December 7, 2015. (Doc. No. 181). However, Dr. Stegall’s

adult daughters, Chandra Nott (Appellant) and Ashley Stegall1 were substituted as
parties in the pending post-decree action. (Doc. No. 190). Service of the post
decree motion was perfected upon Appellee on December 31, 2015. (Doc. No.
193).
Civil Division R.C. 2117.12 Suit

{¶5} Before the Domestic Relations Court ruled on Dr. Stegall’s motion to
terminate or modify spousal support, Appellee filed a claim against the estate of
Dr. Stegall in the Auglaize County Probate Court on February 17, 2016, claiming
that the amount of $2,177,973.70 was owed her by the estate, and that such
amount represented the unpaid balance due her under the property division award
as set forth in the parties divorce decree. (Doc. Nos. 213; 222). Appellant,
pursuant to R.C. 2117.11, rejected Appellee’s claim against Dr. Stegall’s estate, so
Appellee filed a complaint (versus Dr. Stegall’s estate) in the Auglaize County
Court of Common Pleas, Civil Division, in case number 2016-CV-75, requesting
$2,177,973.70 from the estate. (Id.). Appellee also filed a motion for summary
judgment in the Domestic Relations Court. (Id.). Appellant filed a memorandum
contra to Appellee’s motion for summary judgment on September 12, 2016. (Doc.
No. 217). On October 16, 2016, the Domestic Relations Court dismissed all
pending motions for lack of jurisdiction. (Doc. No. 222).
1 Ashley Stegall resigned her position as co-administrator of the estate prior to the filing of this appeal. (Doc. No. 245).

{¶6} On March 30, 2017, the Auglaize County Common Pleas Court, Civil
Division, in case number 2016-CV-75, granted summary judgment to Appellee on
her claim against Dr. Stegall’s estate. (2016-CV-75, Doc. No. 62). Appellant
appealed that decision to this Court in “Stegall I,” and on December 13, 2017, we
sustained Appellant’s first assignment of error. See, Stegall v. Nott, 3rd Dist.
Auglaize No. 2-17-11, 2017-Ohio-8683. We found that the Domestic Relations
Court had original and exclusive jurisdiction to interpret the Decree and to
determine the amount of Appellee’s claim. (Id.). Thus, we reversed the Civil
Division’s decision and remanded the matter to the Domestic Relations Division
for further proceedings. (Id.).
Proceedings after Remand
{¶7} After our remand, Appellant filed a supplemental motion for summary
judgment in the Auglaize County Common Pleas Court, Domestic Relations
Division on January 19, 2018. (Doc. No. 240). Appellee also filed a supplemental
motion in support of summary judgment on February 15, 2018. (Doc. No. 243).
{¶8} On March 7, 2018, the trial court filed its entry on Dr. Stegall’s
original motion to modify or terminate spousal support. (Doc. No. 245). The trial
court found that the language of the Decree mandated that the 10% interest
provision accrued upon the unpaid balance of both the principal and interest owed
Appellee by Dr. Stegall. (Id. at 4740). In finding that interest ran on the entire

amount of the property division, the Domestic Relations Court confirmed that
Appellee had a valid claim of $2,177,973.70 against Dr. Stegall’s estate. (Id.).
Further, the trial court granted summary judgment in favor of Appellee and
dismissed Appellant’s motion for summary judgment. (Id. at 4741). It is from
this judgment that Appellant appeals, and presents the following assignments of
error for our review:
ASSIGNMENT OF ERROR NO. I
THE DR [DOMESTIC RELATIONS] COURT ERRED IN GRANTING SUMMARY JUDGMENT TO MRS. STEGALL BASED ON SANDRA B. FREEWALT’S IMPROPERLY SUPPORTED CIV.R. 56(E) AFFIDAVIT.

ASSIGNMENT OF ERROR NO. II
THE DR [DOMESTIC RELATIONS] COURT ERRED IN HOLDING THAT INTEREST ACCRUED FROM 10/16/1998 ON THE ENTIRETY OF THE PROPERTY DIVISION BALANCE THAT WAS TO BE PAID OVER TIME.

ASSIGNMENT OF ERROR NO. III
THE DR [DOMESTIC RELATIONS] COURT’S RULING MODIFIES THE PROPERTY DIVISION IN VIOLATION OF R.C. 3015.171(I).

ASSIGNMENT OF ERROR NO. IV
THE DR [DOMESTIC RELATIONS] COURT ERRED WHEN IT ACCELERATED DR. STEGALL’S PERIODIC PROPERTY DIVISION PAYMENTS[,] REDUCING THEM TO A LUMP SUM JUDGMENT OF $2.1 MILLION AS IT LACKED JURISDICTION TO DO SO.

ASSIGNMENT OF ERROR NO. V
THE DR [DOMESTIC RELATIONS] COURT ERRED WHEN IT AWARDED MRS. STEGALL A $2.1 MILLION CLAIM AGAINST DR. STEGALL [SIC] ESTATE[,] AS SUCH A RULING CONSTITUTES MODIFICATION OF THE DIVORCE DECREE.

{¶9} For ease of analysis, we elect to address interrelated assignments of
error together and out of the order in which they were raised.
Appellant’s Second Assignments of Error

complete the payment of the property division award. (Id.). This represents the
parties’ good faith confusion here.
{¶15} The trial court, in interpreting the decree provision in question,
referred to the plain language in the decree, which specifically provided that ten
percent (10%) interest would run on the unpaid balance of the property division,
including the principal and the interest. The trial court justified its interpretation
by referencing the decree provision that secured Dr. Stegall’s debt (to Appellee) to
his retirement account because the decree’s payment arrangement placed him in a
negative equity position. (Doc. No. 245 at 4740). Moreover, the trial court found
that Dr. Stegall understood that by paying Appellee only $50,000 a year, his
payments to her would never end.2 (Id.).
{¶16} Because a “‘trial court has broad discretion in clarifying ambiguous
language by considering the parties’ intent and equities involved,’” we find that
the Domestic Relations Court did not abuse its discretion in interpreting the
disputed Decree provision. Jewett, 12th Dist. Warren No. CA2013-11-110, 2014
Ohio-2343, 12 N.E.3d 502, ¶ 11 quoting Butcher v. Butcher, 8th Dist. Cuyahoga
No. 95758, 2011-Ohio-2550, ¶ 10. Accordingly, we overrule Appellant’s second
assignment of error.
Appellant’s First Assignment of Error
2 (See, Doc. No. 242, Ex. L, Dep. of Dr. Stegall on 11/3/2003, at 19-20).

{¶17} In her first assignment of error, Appellant argues that the Domestic
Relations Court erred in granting Appellee’s motion for summary judgment,
because the affidavit of Sandra B. Freewalt was contrary to prior sworn testimony.
We disagree.
Standard of Review

there was no genuine issue of material fact to be litigated in the trial court.
“‘Summary judgment is a procedural device to terminate litigation and to avoid a
formal trial where there is nothing to try.’” Pappas v. Ippolito, 177 Ohio App.3d
625, 2008-Ohio-3976, 895 N.E.2d 610, ¶ 38 quoting Norris v. Ohio Std. Oil Co.,
70 Ohio St.2d 1, 2, 433 N.E.2d 615 (1982).
{¶20} The parties do not contest that Appellee had a claim against Dr.
Stegall’s estate for some amount. And, upon the determination as to what that
amount was by the trial court, there was no material fact as to what amount
Appellee was entitled to.
{¶21} Nonetheless, Appellant raises concerns with Appellee’s accountant,
Sandra B. Freewalt’s (“Freewalt”), affidavit being improper under Civ.R. 56(E).
Specifically, Appellant argues that Freewalt’s testimony in previous hearings
indicated that Dr. Stegall’s payments to Appellee were being applied to principal
only. To support her argument, Appellant directs us to the Ohio Supreme Court’s
decision in Byrd v. Smith. Bryd v. Smith, 110 Ohio St.3d 24, 2006-Ohio-3455, 850
N.E.2d 47. In Byrd, the Ohio Supreme Court held:
In summary, in response to the certified question, we answer that when an inconsistent affidavit is presented in support of, or in opposition to, a motion for summary judgment, a trial court must consider whether the affidavit contradicts or merely supplements the affiant’s earlier sworn testimony. A movant’s contradictory affidavit will prevent summary judgment in that party’s favor. A nonmoving party’s contradictory affidavit must sufficiently explain the contradiction before a genuine issue of material fact is created.


Id. at ¶ 29.
{¶22} However, we find Appellant’s reliance on Bryd misplaced in this
case. In Bryd, the appellate court rejected the inconsistent affidavit without
considering Bryd’s explanation for the inconsistency or contradiction. Id. at ¶ 31.
Based on the lack of consideration, the Ohio Supreme Court remanded the matter
for further proceedings consistent with their opinion. Id. at ¶ 32.
{¶23} In the case sub judice, we find that the Domestic Relations Court did
consider Freewalt’s alleged “inconsistent” affidavit, finding that issue was “of no
consequence to this decision.” (See, Doc. No. 245 at 4740).
{¶24} Here, there is no allegation that the balance as calculated was
incorrect, because once the Domestic Relations Court interpreted the disputed
provision and held that interest ran on the entire balance of the property division,
Freewalt correctly calculated the balance owed to be $2,177,973.70.
{¶25} Finding no genuine issue of material fact present before the
Domestic Relations Court to preclude summary judgment, we overrule
Appellant’s second assignment of error.
Appellant’s Third, Fourth, and Fifth Assignments of Error
{¶26} Because the Domestic Relations Court correctly granted summary
judgment to Appellee after it interpreted the language contained within the Decree,
we find no merit to Appellant’s third, fourth, and fifth assignments of error

relating to modification and acceleration of the property division award.
Accordingly, we overrule Appellant’s third, fourth, and fifth assignments of error.

Outcome: Having found no error prejudicial to Appellant herein in the
particulars assigned and argued, we overrule all of Appellant’s assignments of
error and affirm the judgment of the Auglaize County Common Pleas Court,
Domestic Relations Division.