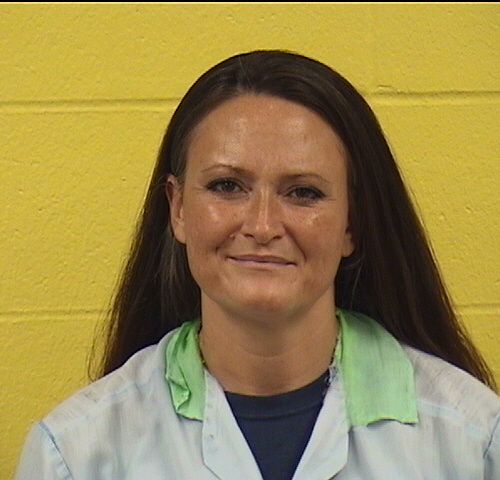 {¶4} On May 8, 2018, under a second superseding indictment, the Logan
County Grand Jury indicted Meeks on the counts of which she was indicted for in
the original indictment retaining only the date amendments from the first
superseding indictment. (Doc. No. 37). Meeks appeared for arraignment on May
14, 2018 and entered pleas of not guilty to the second superceding indictment. (Doc.
No. 45).
{¶5} On March 4, 2019, Meeks withdrew her pleas of not guilty and entered
guilty pleas, under a written plea agreement, to an amended indictment. (Doc. No.
220). Specifically, in exchange for her guilty pleas, the State amended Count One
to reckless homicide in violation of R.C. 2903.041(A), (B), a third-degree felony,
and Count Seven to engaging in a pattern of corrupt activity in violation of R.C.
2923.32(A)(1), a second-degree felony, and dismissed Counts Two, Three, Four,
Five, and Six. (Id.). The trial court accepted Meeks’s guilty pleas, dismissed Counts
Two, Three, Four, Five, and Six, and ordered a presentence investigation (“PSI”).
(Id.).
{¶6} On April 8, 2019, the trial court sentenced Meeks to 36 months in prison
on Count One, eight years in prison on Count Seven, and ordered the terms be served
consecutively for an aggregate sentence of eight years and 36 months. (Doc. No.
225). The trial court filed its judgment entry of sentence on April 9, 2019.1 (Id.).
1 On May 13, 2019, the trial court filed a nunc pro tunc sentencing entry correcting a clerical error. (Doc. No. 254).

{¶7} Meeks filed a notice of appeal on May 6, 2019, and raises two
assignments of error for our review. (Doc. No. 245). For ease of discussion, we
will discuss Meeks’s assignments of error together.
Assignment of Error No. I
Maximum consecutive prison terms were clearly and convincingly contrary to law.

Assignment of Error No. II
Clear and convincing evidence demonstrates that the record does not support maximum consecutive prison terms.

{¶8} In her assignments of error, Meeks argues that the trial court erred by
imposing the maximum term of imprisonment. In particular, Meeks argues that her
sentenced is unsupported by the record. Further, Meeks argues that her sentence is
clearly and convincingly contrary to law because the trial court engaged in “minimal
discussion” regarding the sentencing factors, and focused too heavily on punishing
the offender under R.C. 2929.11(A) and the negotiated-plea agreement at the
sentencing hearing. (Appellant’s Brief at 8).
Standard of Review
{¶9} Under R.C. 2953.08(G)(2), an appellate court will reverse a sentence
“only if it determines by clear and convincing evidence that the record does not
support the trial court’s findings under relevant statutes or that the sentence is
otherwise contrary to law.” State v. Marcum, 146 Ohio St.3d 516, 2016-Ohio-1002,

See R.C. 2929.12(B)(7). The trial court did not state whether any of the factors
under R.C. 2929.12(C)—(evidence indicating that Meeks’s conduct is less serious
than conduct normally constituting the offense)—were applicable.
{¶14} In assessing whether Meeks was likely to commit future crimes, the
trial court weighed her prior record and determined that Meeks had not responded
favorably to previously imposed sanctions. The trial court found that Meeks was
out on bond at the time that she was selling “poison” (heroin laced with fentanyl
and other substances) and was aware that the drugs were lethal, and rather than take
the “poison” off the market, she instead “marketed [the drugs] with a warning of
caution. (Apr. 8, 2019 Tr. at 33); (See Apr. 8, 2019 Tr. at 37); (PSI at 3-8).
Specifically, Meeks told her drug customers to “not do it alone” and provided them
suboxone (to revive them) if they overdosed. (Id.); (See id.); (Id.) See R.C.
2929.12(D)(1), (D)(2). Moreover, the trial court found that Meeks was aware of the
potential harm caused by trafficking drugs because she continued to sell drugs even
after selling (drugs) to her boyfriend’s brother which resulted in his death.2 (Apr.
8, 2019 Tr. at 25); (PSI at 3-8). Lastly, the trial court did not indicate whether any
of the factors under 2929.12(E)—“factors indicating that the offender is not likely
to commit future crimes”—applied.
2 On January 29, 2017 and on March 3, 2017, two additional people overdosed as a result of Meeks’s involvement in organized criminal activity. (PSI at 3-8).

{¶15} On appeal, Meeks argues that the trial court abused its discretion by
the weight given to the R.C. 2929.12 factors and by sentencing her to a maximum
term of imprisonment. In particular, she challenges the trial court’s conclusion that
her conduct is more serious than conduct normally constituting the offense because
the trial court did not apply the appropriate weight to the mitigating evidence
relating to the victim’s conduct in facilitating the offense. We disagree because “it
is ‘[t]he trial court [that], in imposing a sentence, determines the weight afforded to
any particular statutory factors, mitigating grounds, or other relevant
circumstances.’” State v. McKennelly, 12th Dist. Butler No. CA2017-04-055, 2017
Ohio-9092, ¶ 15, quoting State v. Steger, 12th Dist. Butler No. CA2016-03-059,
2016-Ohio-7908, ¶ 18, citing State v. Stubbs, 10th Dist. Franklin No. 13AP-810,
2014-Ohio-3696, ¶ 16. “The fact that the trial court chose to weigh various
sentencing factors differently than how appellant would have weighed them does
not mean the trial court erred in imposing appellant’s sentence.” Id.
{¶16} Next, Meeks argues that the trial court abused its discretion by
weighing the recidivism factors and by reaching the conclusion that Meeks did not
respond favorably to community-control sanctions.3 See R.C. 2929.12(D)(1).
Meeks argues that because her involvement in the criminal enterprise ended on
3 The record reveals that Meeks was ordered to serve intervention supervision in two other cases (that are not subject to this appeal) and that she was under intervention supervision at the time she committed the offenses that are the subject of this case.

Outcome: Having found no error prejudicial to the appellant herein in the
particulars assigned and argued, we affirm the judgment of the trial court.