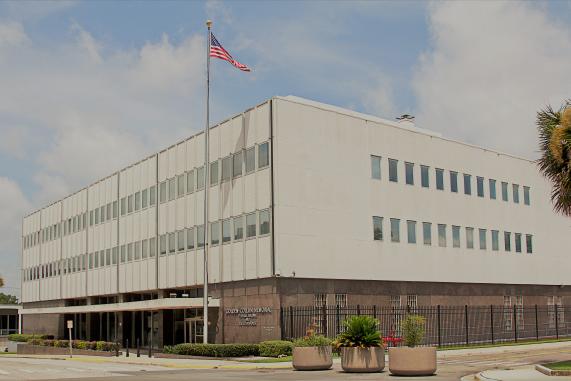 Ocala, FL - The United States of America charged Carlos Eduardo Hampton with being a felon in possession of a firearm and robbery.

According to court documents, on July 26 and August 16, 2019, Hampton and three others used a sledgehammer to break into two Rural King locations in Ocala and Zephyrhills. The men then used the sledgehammer to smash open display cases and steal a total of 28 firearms. Employees inside the stores fled in fear during each of the robberies. Some of the stolen firearms have been recovered at crime scenes in South Florida and Indiana.

Hampton and the other men were apprehended as they fled from the second Rural King location in Pasco County. When arrested, Hampton was wearing sneakers embedded with shards of glass from the broken display cabinets. His clothing also matched images from the store’s surveillance cameras, showing him using the sledgehammer to steal 16 firearms. Hampton was previously convicted of a firearms offense in Indiana and is therefore prohibited from possessing firearms or ammunition under federal law.

This case was investigated by the Bureau of Alcohol, Tobacco, Firearms and Explosives, the City of Ocala Police Department, and the Zephyrhills Police Department. It was prosecuted by Assistant United States Attorney Robert E. Bodnar, Jr.

This is another case prosecuted as part of the Department of Justice’s “Project Safe Neighborhoods” Program (PSN), which is a nationwide, crime reduction strategy aimed at decreasing violent crime in communities. It involves a comprehensive approach to public safety — one that includes investigating and prosecuting crimes, along with prevention and reentry efforts. In the Middle District of Florida, U.S. Attorney Maria Chapa Lopez coordinates PSN efforts in cooperation with various federal, state, and local law enforcement officials.

18:922G.F - UNLAWFUL TRANSPORT OF FIREARMS, ETC. (Possession of a firearm affecting commerce by a felon)
(4)