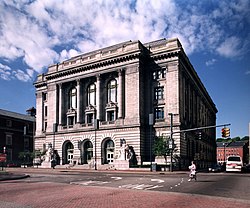 An inmate at the Adult Correctional Institutions (ACI) admitted in federal court today that on multiple occasions, while incarcerated at the ACI, he arranged for the sale and delivery of crack cocaine to individuals outside of the state prison.

James Gomes, 30, admitted to the Court that on several occasions in 2018, fellow inmates provided Gomes with prospective buyers and their contact information. Gomes admitted that he often passed the information through his mother, Lisa Ellis, 51, of Pawtucket, to two individuals, Joshua Moore, 19, formerly of Pawtucket, and Gerald Price, 34, of Cranston, who allegedly delivered crack cocaine to Gomes’ customers.

According to information presented to the Court, a Project Safe Neighborhoods Investigation by the Rhode Island Bureau of Alcohol, Tobacco, Firearms and Explosives (ATF) Task Force determined that, using his prison call account and the accounts of others, Gomes frequently called his mother, Lisa Ellis, and would direct her to establish conference calls with Moore and Price. During the conference calls, Gomes admitted, he would direct Ellis, Moore and/or Price to sell crack cocaine to others. Ellis allegedly kept a small portion of the proceeds from the sales for herself and deposited the rest of the money into Gomes’ ACI prison account.

An indictment is merely an allegation and is not evidence of guilt. A defendant is entitled to a fair trial in which it will be the government’s burden to prove guilt beyond a reasonable doubt.

The cases are being prosecuted by Assistant U.S. Attorney Milind M. Shah.