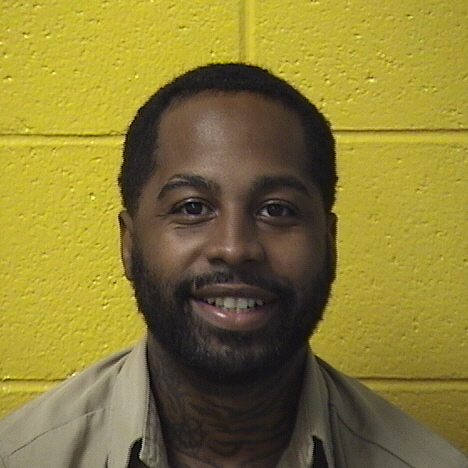 The Athens County Clerk of Court’s online records,
www.co.athensoh.org/departments/clerkofcourts, of which we may take
judicial notice, indicate that Dechaun Toliver, “Appellant,” was indicted on
two counts of trafficking in cocaine, violations of R.C. 2925.03(A)(1), on
April 23, 2018.1 This case was assigned Athens County Common Pleas
Court Case No. 18CR0166. The clerk’s online records further reflect that on
June 27, 2018, Appellant entered a guilty plea to a Bill of Information
charging him with one count of Engaging in a Pattern of Corrupt Activity, a
violation of R.C. 2923.32(A)(1). This case was assigned Athens County
Common Pleas Court Case No. 18CR0273. The trial court ordered both
case numbers consolidated, and to proceed under the latter case number.
{¶3} Appellant’s guilty plea was to all three counts. On the “corrupt
activity” count, he was sentenced to a prison term of eight years. Sentences
of twelve months were imposed on both of the underlying trafficking counts,
to be served concurrently with the eight years imposed on the corrupt
activity count. The State of Ohio reserved the right to oppose judicial
release if Appellant chose to file for it. The judgment entry of sentence was 1 See State v. Rutherford, 4th Dist. Pike No.17CA883, 2018-Ohio-2638, at fn4, (We may take judicial notice of common pleas court websites, as explained in In re Helfrich, 5th Dist. Licking No. 13CA20, 2014-Ohio-1933, at ¶ 35.)
Athens App. No. 19CA03 3

journalized on June 28, 2018. Appellant did not file a direct appeal of these
convictions.
{¶4} On September 28, 2018, Appellant filed a petition for
postconviction relief. Appellant did not challenge the trafficking
convictions, but asserted that the bill of information failed to charge an
essential element of Engaging in a Pattern of Corrupt Activity and that he
therefore entered a plea of guilty to a fatally defective bill of information,
making the judgment entry of sentence void. Appellant asked the trial court
to vacate his conviction and the judgment entry of sentence.
{¶5} On October 19, 2018, Appellant filed a “motion for summary
judgment”. Based on the same argument made in his petition for
postconviction relief, Appellant asked that he be granted summary judgment
as a matter of law. On October 23, 2018, the State of Ohio requested an
extension of time to file a response to Appellant’s petition for postconviction
relief. The State pointed out that it had not been provided a copy of
Appellant’s postconviction petition. The trial court granted the State’s
request for extension.
{¶6} In the State’s Response to Petitioner’s Petition for
Postconviction Relief, the State pointed out that Appellant had legal counsel
and that Appellant and his legal counsel reviewed the Bill of Information
Athens App. No. 19CA03 4

and negotiated the plea agreement with the State. The State also pointed out
that Appellant waived in open court his prosecution by indictment.
{¶7} On November 15, 2018, Appellant filed “Petitioner’s Traverse”
as a responsive pleading to the State’s arguments.
{¶8} On February 8, 2019, the trial court journalized its Decision on
Pending Motions. The trial court denied Appellant’s motion for summary
judgment and petition for postconviction relief. The trial court found no
merit to Appellant’s argument that the bill of information was faulty. The
trial court however denied the postconviction petition, without explicitly
stating so, on the basis of res judicata. This timely appeal followed.
ASSIGNMENTS OF ERROR
I. “THE TRIAL COURT ABUSED ITS DISCRETION IN: DENYING SUMMARY JUDGMENT, EXTENDING LEAVE TO THE STATE OF OHIO, AND DENYING POSTCONVICTION RELIEF.”

{¶9} Because Appellant’s arguments are interrelated, we consider
them jointly.
STANDARD OF REVIEW

is unreasonable, arbitrary, or unconscionable. In re H.V., 138 Ohio St.3d
408, 2014-Ohio-812, 7 N.E.3d 1173, ¶ 8.
LEGAL ANALYSIS
1. Postconviction petition
{¶12} In his petition and on appeal, Appellant has claimed that the
facts contained in the bill of information to which he pled were insufficient
to establish that he was involved in an illegal enterprise, an essential element
to Engaging in a Pattern of Corrupt Activity. Therefore, he concludes the
bill of information was defective and his conviction is void. Appellant
essentially requests this Court find that the trial court abused its discretion in
denying his postconviction petition and to enter judgment accordingly.
{¶13} Under R.C. 2941.08(K), a bill of information is not invalidated
by “defects or imperfections which do not tend to prejudice the substantial
rights of the defendant upon the merits.” State v. Johnson, 101 Ohio App.
3d, 129, 133, 655 N.E. 2d 208 (11th Dist. 1995). Generally speaking,
objections to a defect in an indictment, information, or complaint must be
raised before trial. See Crim.R.12(C)(2); State v. Dukes, 4th Dist. Scioto No.
16CA3745, 2017-Ohio-7204, at ¶ 65. Additionally, pursuant to R.C.
2941.59, an accused waives all defects by pleading to an offense without
objection. Johnson, supra.
Athens App. No. 19CA03 7

could have been raised at trial or directly on appeal, but Dingus failed to do
so. The Dingus court found, “[B]y not raising the issue of the sufficiency of
the bill of information at the trial or appellate level, we hold that appellant
has waived his right to raise the issue in a post-conviction proceeding. Id. at
*2. See also State v. Simmans, 21 Ohio St.2d 258, 257 N.E. 2d 344 (1970)
(indictment using words of a statute describing the offense is sufficient
where no objection to sufficiency of the indictment is interposed before
submission of the case).
{¶16} In this case, Appellant failed to raise any issue with regard to
the bill of information in a direct appeal. Thus, he is barred by res judicata.
The trial court did not abuse its discretion in denying his postconviction
petition.
2. Summary Judgment
{¶17} Summary judgment is appropriate if the party moving for
summary judgment establishes that (1) there is no genuine issue of material
fact, (2) reasonable minds can come to but one conclusion, which is adverse
to the party against whom the motion is made and (3) the moving party is
entitled to judgment as a matter of law. Civ.R. 56; New Destiny Treatment
Ctr., Inc. v. Wheeler, 129 Ohio St.3d 39, 2011-Ohio-2266, 950 N.E.2d 157,
Athens App. No. 19CA03 9

¶ 24; Chase Home Finance, LLC v. Dunlap, 4th Dist. Ross No. 13CA3409,
2014-Ohio-3484, 2014 WL 3940314, ¶ 26.
{¶18} The moving party has the initial burden of informing the trial
court of the basis for the motion by pointing to summary judgment evidence
and identifying parts of the record that demonstrate the absence of a genuine
issue of material fact on the pertinent claims. Dresher v. Burt, 75 Ohio St.3d
280, 293, 662 N.E.2d 264 (1996); Chase Home Finance at ¶ 27. Appellate
review of summary judgment decisions is de novo, governed by the
standards of Civ.R. 56. Vacha v. N. Ridgeville, 136 Ohio St.3d 199, 2013
Ohio-3020, 992 N.E.2d 1126, ¶ 19.
{¶19} Having found that the trial court did not abuse its discretion in
denying Appellant’s petition for postconviction relief, we further find
Appellant was not entitled to summary judgment as a matter of law. We
find no merit to Appellant’s argument pertaining to his motion for summary
judgment.
3. Leave to Respond
{¶20} R.C. 2953.21(E) provides that within ten days after the
docketing of the petition, or within any further time that the trial court may
fix for good cause shown, the prosecuting attorney shall respond by answer
or motion. The Athens County Clerk of Court’s online docket demonstrates
Athens App. No. 19CA03 10

Outcome: For the foregoing reasons, we find no merit to Appellant’s sole
assignment of error. Accordingly, the judgment of the trial court is affirmed.