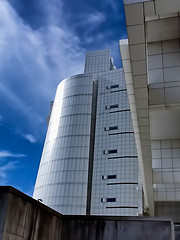 Central Islip, NY - Corporate Insider Convicted of Conspiring with Others at Long Island Boiler Room to Pump and Dump Stock on Unsuspecting Elderly Investors
Illegal Stock Promotion and Manipulation Scheme Cost Victims Million of Dollars
A federal jury in Central Islip returned a guilty verdict on all counts this afternoon against Michael Watts, a former registered broker, for his role in a conspiracy to promote and manipulate the price of shares in Hydrocarb Energy Corp. (Hydrocarb) and other companies. Specifically, Watts was convicted of conspiracy to commit securities fraud, securities fraud, conspiracy to commit wire fraud, money laundering conspiracy and money laundering. The verdict followed a three-week trial before United States District Judge Joanna Seybert. When sentenced, Watts faces a maximum sentence of more than 20 years’ imprisonment.

“With today’s verdict, the jury has delivered a measure of closure to the victims, many of them elderly and vulnerable, who were preyed upon by Watts and his co-conspirators,” stated United States Attorney Donoghue. “The defendant will face another reckoning when he is sentenced for his crimes.”

As proven at trial, from 2014 to 2016, Watts and his co-conspirators at a Melville-based boiler room artificially inflated the price and trading volume of Hydrocarb stock. They did so through an illegal cold-calling campaign that used lies and high-pressure sales tactics to lure victim investors, including many elderly victims, into purchasing stock. Watts, who was one of the largest shareholders in Hydrocarb and knew that the business was failing, also used the boiler room to dump more than $2 million worth of Hydrocarb shares that he owned or controlled on unsuspecting investors in the months leading to the company’s April 2016 bankruptcy. The government has alleged that the conspiracy’s market manipulation fraudulently inflated the stock price of Hydrocarb and four other companies by more than $147 million.

United States Attorney Donoghue thanked the Federal Bureau of Investigation, New York Field Office, for its hard work and dedication in leading the investigation, and expressed his appreciation to the Securities and Exchange Commission and the Financial Industry Regulatory Authority, Inc., Criminal Prosecution Assistance Group for their cooperation and assistance.

The government’s case is being handled by the Office’s Business and Securities Fraud Section. Assistant United States Attorneys Whitman G.S. Knapp and Kaitlin T. Farrell are in charge of the prosecution.